Ramin Djawadi discusses the Game of Thrones Live Concert Experience and a new promo offers a glimpse! | Watchers on the Wall | A Game of Thrones Community for Breaking News, Casting, and Commentary 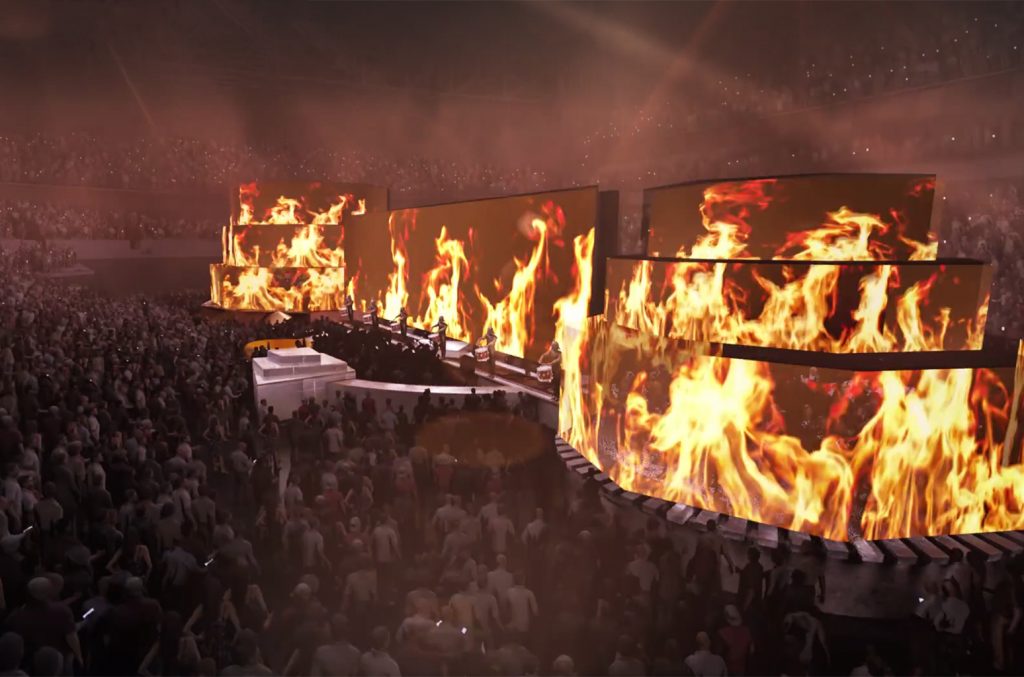 Prepare yourself. Music is coming. The much anticipated Game of Thrones Live Concert national tour is only days away from kicking off in Minneapolis. A new promo has been released featuring a timescape montage of the construction and rehearsal process currently underway and Ramin Djawadi chats about what audiences can look forward to.

According to the video, released by Live Nation, this musical undertaking required:

Ramin Djawadi spoke to Columbus Alive about the concert tour and his approach to writing the score for Game of Thrones.

According to Djawadi, the concert will incorporate a strong visual element (ergo the 807 feet of video wall mentioned above) but the centerpiece will, of course, be the music. Djawadi will be leading a crew of around 65 players which will include soloists, a 20-person choir and full string and brass sections.  Music has been selected from each of the show’s 6 seasons and will reflect the score’s tonal and instrumental diversity.

While discussing his approach to composing for Game of Thrones, Djawadi stressed the importance of creating a distinct musical atmosphere for each geographic region in the sprawling series. “The important thing is the different locations, and to help clarify them with music or enhance them with music,” he said. “There are all these colors that are so nicely contrasting.”

For example, the music that accompanies scenes that take place beyond the Wall are intended to evoke the icy sparseness of the terrain. “There’s this wind and this ambience that gives you the chills …” he said. “With Daenerys, there are these warmer sounds and ethnic instruments … like the duduk, which is this Middle Eastern flute.”

It’s also important to Djawadi that his score for the fantasy series not seem overly evocative of a specific time or place. “I’m using instruments that are old or ancient kinds of instruments, but then I’m also using synthesizers,” he said. “And sometimes I manipulate instruments so you can’t even tell what it really was. That’s what’s really fun about the show: Musically speaking, there are no limits. There are no boundaries.”