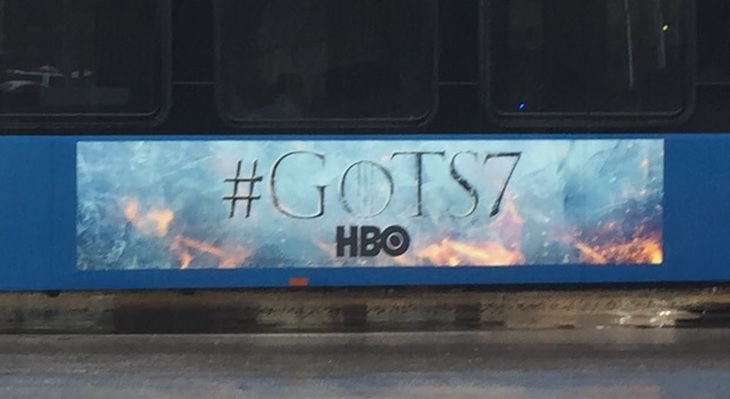 Game of Thrones is headed to SXSW next weekend, with showrunners and cast members in attendance, and we hoped some season seven info might come out of the Austin, Texas event. In addition to the immersive interactive fan experience HBO is planning for the festival, the show has its own panel next Sunday. As it turns out, it looks like there may be news even sooner than we’d hoped!

This afternoon, a fan spotted Game of Thrones poster art on a bus in Austin and shared it on Reddit.

If this is indeed a version of Game of Thrones’ key art for season seven, the show is going heavy on the ice and fire theme this year. The bus poster with the abbreviated text is presumably not the full version of the poster artwork, as GoT usually has a few variations on its main artwork each season, adapting the poster as needed for the medium. 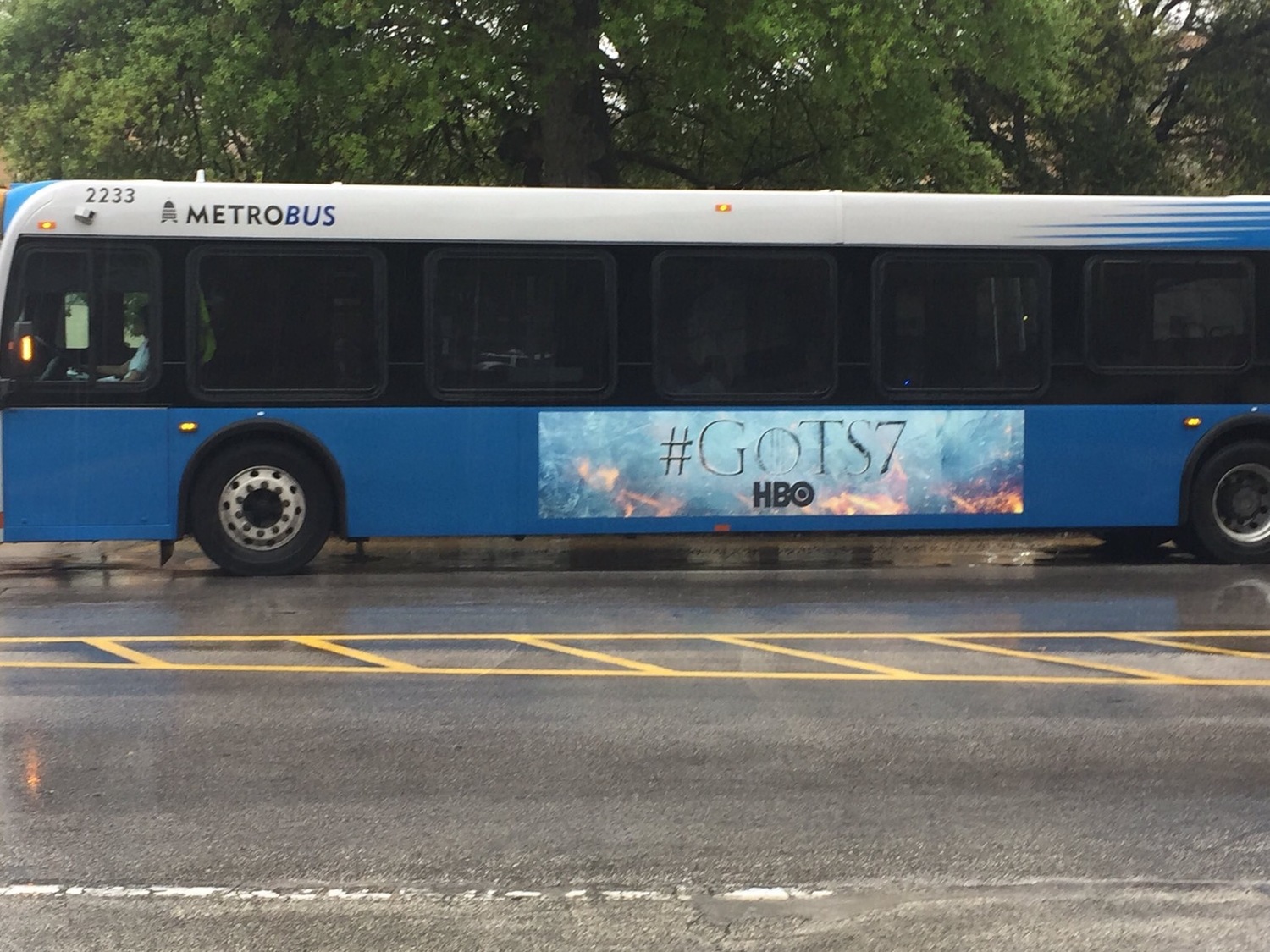 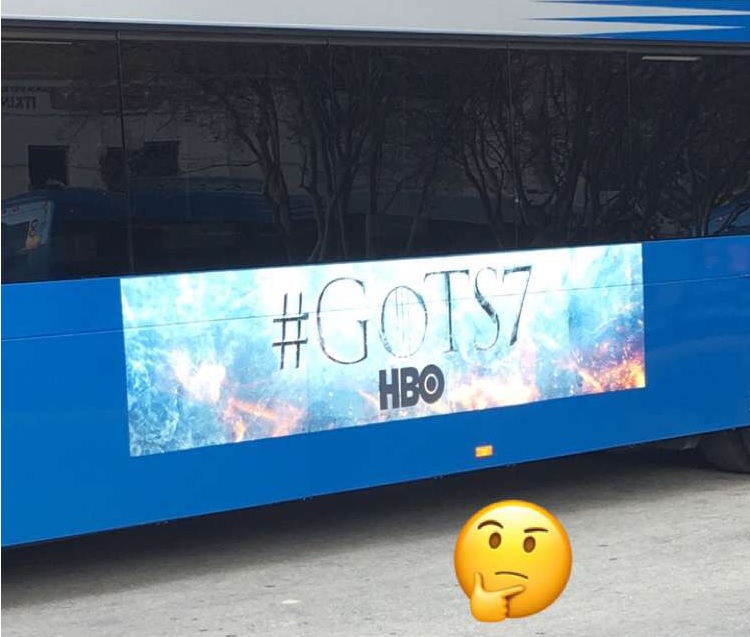 Hopefully the complete poster art for season seven will be revealed soon, along with the premiere date, but it’s nice to get a taste of it!