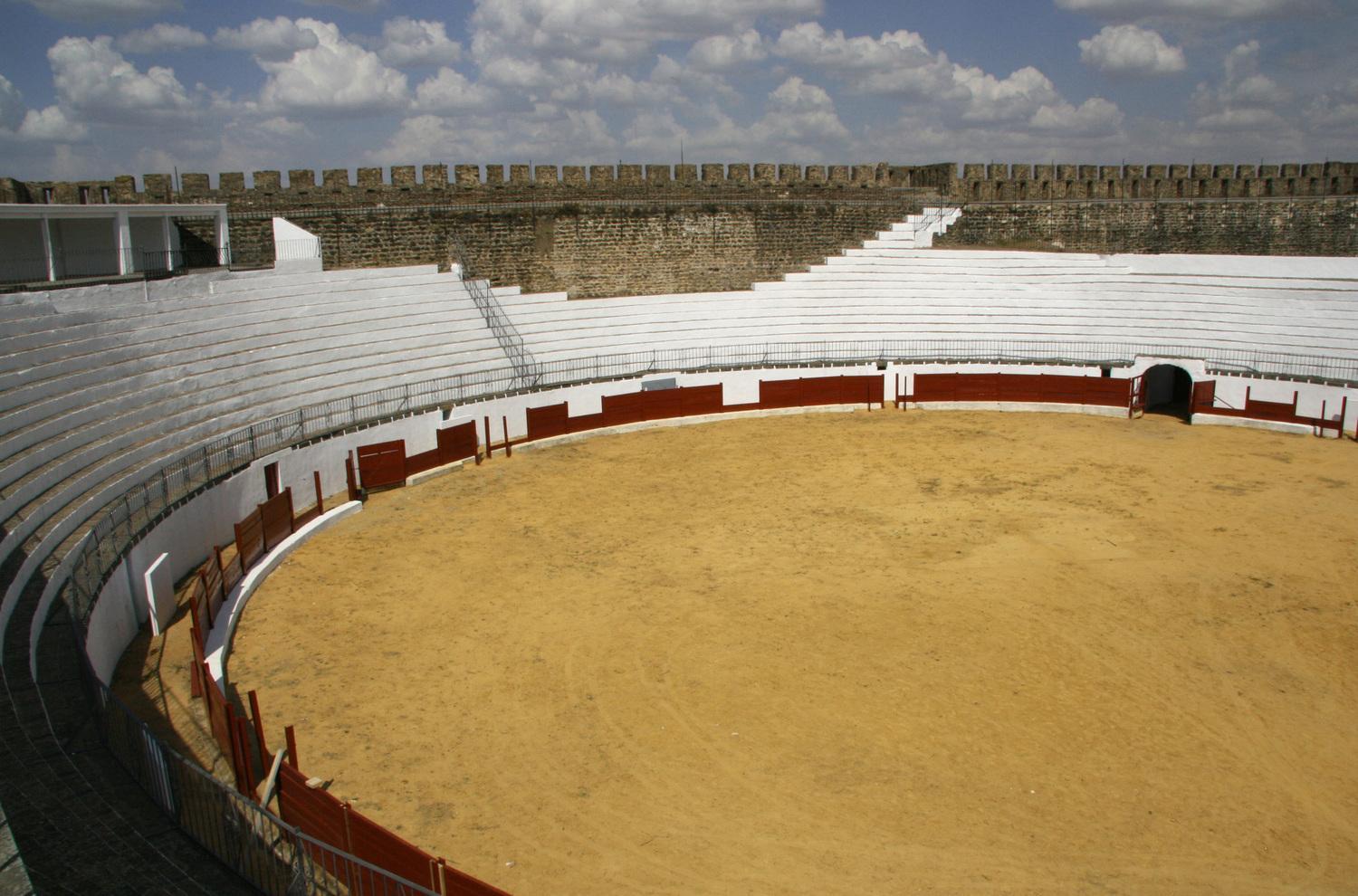 Spain is not just for the Dornish. Filming in Osuna in combination some cast pictures with lucky fans seems to confirm that the country is also playing host to a city across the Narrow Sea.

More (spoilery) pictures and commentary after the jump.

A photo of the Plaza de Toros has surfaced, featuring not only a gigantic green screen, but also, a smattering of extras in the stands. Targaryen banners confirm that this is a part of Dany’s story line; most likely her excursion with Hizdahr zo Loraq to Daznak’s Pit.

Although Dany may have another ADwD scene or two after this particular one and assuming that her timeline doesn’t get too shuffled, Dany’s arrival at the Pit means that she will reach the end of the major events from her ADWD material during next season.

In addition to the Pit pic, several photos of cast members have turned up on twitter, confirming that the Essos contingent has arrived in Spain. 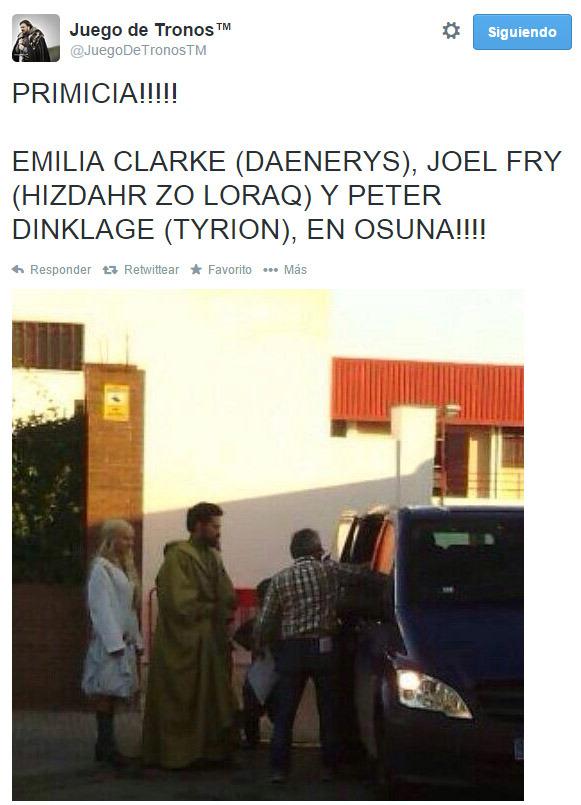 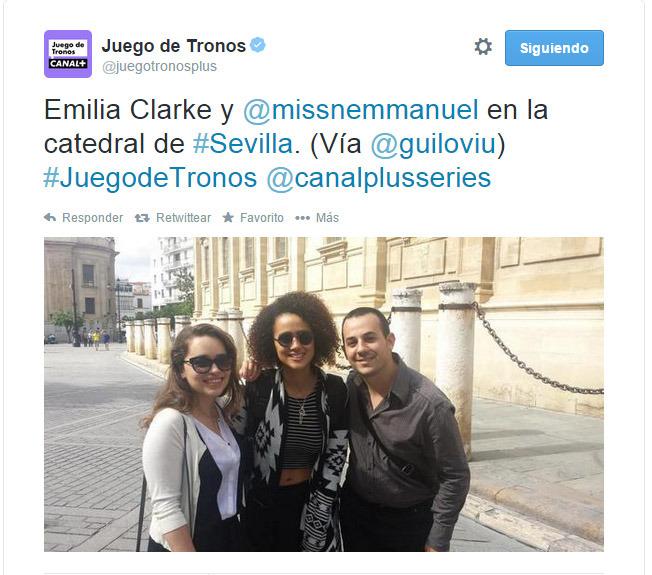 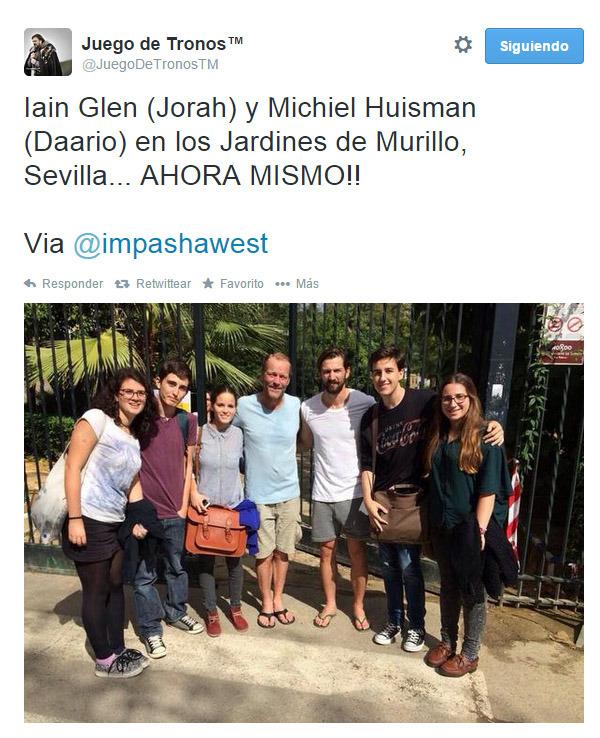 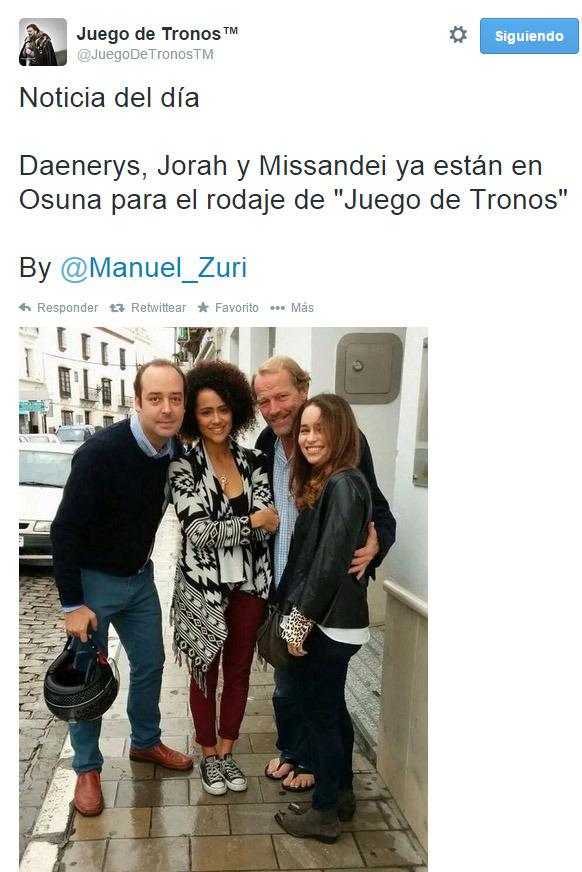 All of the usual Essos suspects, with the addition of Tyrion. While we’re not sure what his story line will look like next season with the seeming omission of a few characters, it looks like he’ll still wind up in Meereen (or close to it).