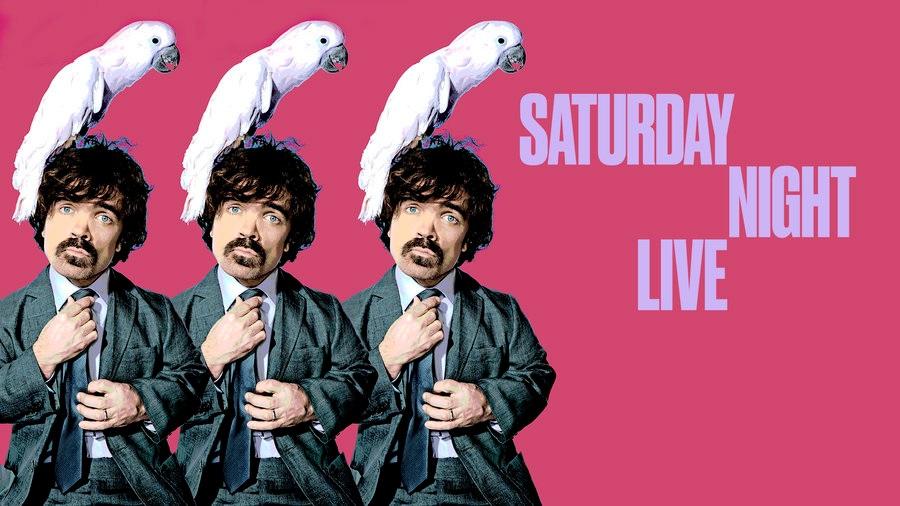 Peter Dinklage hosted last night’s episode of Saturday Night Live on NBC, turning in a variety of hilarious performances on the show.  Gwen Stefani was the musical guest, and even popped into a sketch.

The opening monologue acknowledged right off the actor’s reason for being there: Game of Thrones. He was joined by a few of SNL’s cast members, including Bobby Moynihan who parodied writer George R.R. Martin, an act he has done before.

Among the several sketches last night, Dinklage played Winnie the Pooh and appeared in comedy bits featuring a glory hole restaurant and a “sneak peek” at Game of Thrones season 6 with Kate McKinnon as Emilia Clarke and Taran Killam as…not the most accurate Iain Glen I’ve ever seen, but it was fun.

Dinklage got his SPACE PANTS! on with a little help from a guest.

The complete episode is currently available on Hulu: