Peter Dinklage heads to the set, while Game of Thrones closes down a beach for filming | Watchers on the Wall | A Game of Thrones Community for Breaking News, Casting, and Commentary

Tyrion Lannister is back in town.

Nearly, anyway. Peter Dinklage is headed back to Northern Ireland for Game of Thrones, according to his Pixels co-star, Josh Gad.

Picture wrap on my #Pixel comrade-in-arms, the great Peter Dinklage. He’s off to shoot some show in Ireland. pic.twitter.com/gzY7M3hqfP

Waterfront filming in Portstewart intensified yesterday with the closing of the entire beach. Though there is a short-term inconvenience for citizens who want to enjoy the Strand in the summer, the long-term benefits are clear. Local businesswoman Barbara Dempsey tells BBC Radio Ulster, “You couldn’t buy that kind of positive publicity and marketing – of global coverage of Portstewart at its best. It’s not Portstewart which benefits from this, it’s all of Northern Ireland.”   The Strand is expected in open in a limited capacity today, with filming continuing through August 11th.   As for what scene Game of Thrones was filming yesterday, and which actors are involved, that’s tucked behind the cut for spoiler reasons!   We know from the leaked call sheet that we’ll have a scene with Bronn and Jaime on a rowboat, headed for the shore in Dorne. It looks like yesterday was the filming of this scene.   The Belfast Telegraph has furnished a few photographs, including one of Nikolaj Coster-Waldau on a horse: 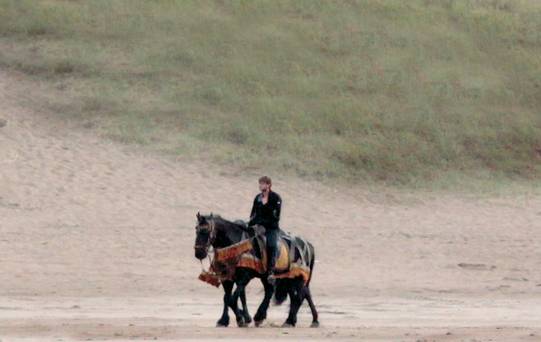 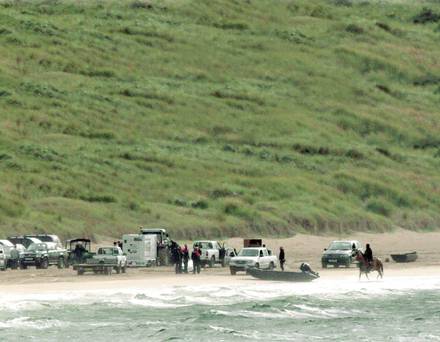 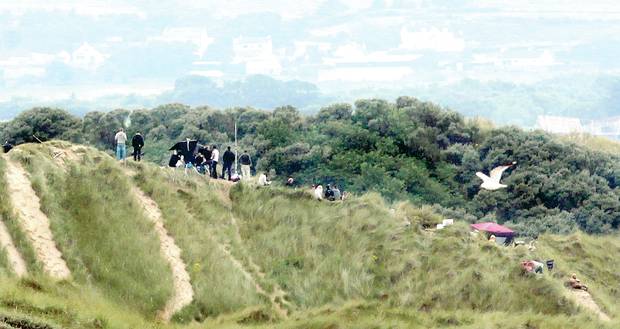 There were also multiple sightings from local fans, posted across social media:

Those annoyed about Portstewart beach being closed for filming #Game of Thrones should reflect on the positives pic.twitter.com/MC8ZUTeubH — Alan Lewis (@PhotopressNI) August 8, 2014

“Wee bit of filming for #gameofthrones happening in #portstewart today – boat leaving the harbour with a couple of the cast, heading to the beach in the distance,” noted this Instagram user.

Filming Game of Thrones along Portstewart Strand in Co-Derry 2 pic.twitter.com/qDH0RPiRWI

Forget that walk on the beach, they’re filming Game Of Thrones. pic.twitter.com/gRQuFKihfB

Another shot shows that the castle set in Moneyglass is coming together:

Sue the Fury: Exciting times! It looks like Jaime and Bronn run into that Dornish patrol right away when they get to Dorne. And I’m still wondering what’s going on in Moneyglass.