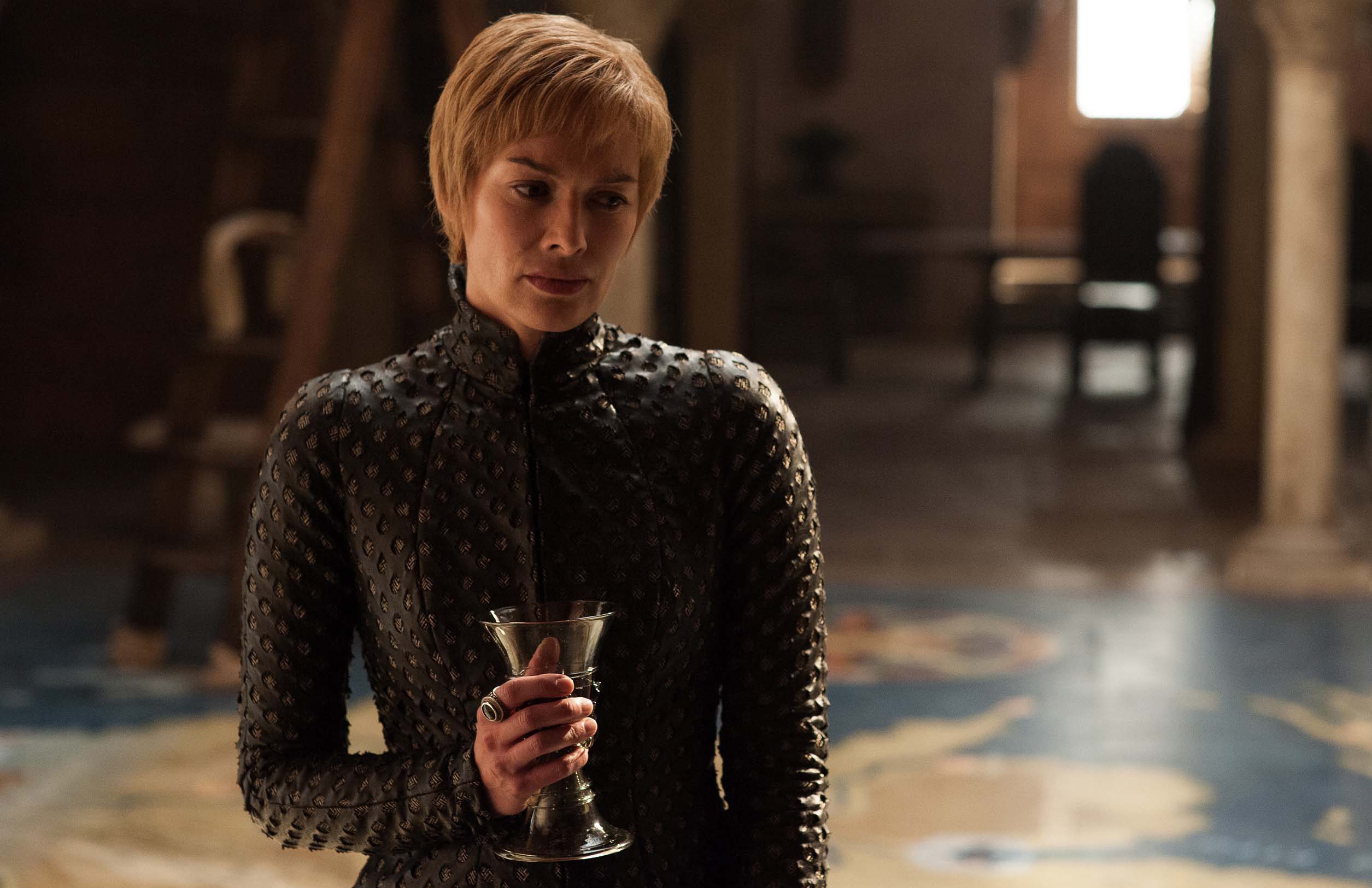 Our lovely friends over at Ommegang Brewery have announced the second beer in their limited release Royal Reserve Collection, Queen of the Seven Kingdoms, so titled after Westeros’ notorious wino monarch.

Queen of the Seven Queens is a blend of Belgian sour ale and Belgian-style blonde ale and was designed to match the Mad Queen’s nature, according to brewery president, Doug Campbell.

“Cersei is a complex character, and we’ve tried to emulate that profile with this beer, which blends a lovely, dry blonde ale with a subtly tart Belgian sour,” he said.

“When we set out to create the Royal Reserve Collection, we knew we had to pay homage the character currently sitting on the Iron Throne,” said Jeff Peters, Vice President of Global Licensing and Retail, HBO. “We’re very happy to present this tribute to the Queen of the Seven Kingdoms herself, Cersei Lannister.”

Queen of the Seven Kingdoms carries aromas of melon, citrus, and lactic acidity meld together with fruity esters from the Belgian yeast. Tart citrus flavors soften to sweet malt flavors with notes of apricots. The finish is dry and crisp with a subtle citrus bite from the lemon peel. Ommegang recommends pairing it with sharp aged cheeses and salty cured meats, red meat or dark poultry, and spiced desserts like pumpkin pie or apple tarts.

Queen of the Seven Kingdoms will be available throughout Ommegang’s distribution network on June 29 and will be offered both on draft and in 750ml bottles. The suggested retail for a bottle is $12.99.

However, if you’re feeling impatient – and thirsty – you don’t have to wait until summer to drink a glass from the Royal Reserve Collection as the first beer of the series, Hand of the Queen, hits stores this month.