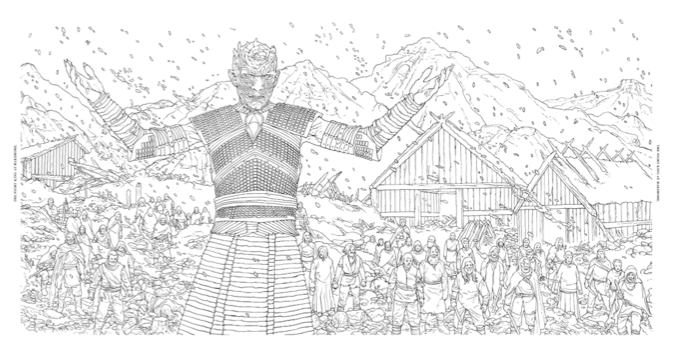 We’ve had an A Song of Ice and Fire/A Game of Thrones coloring book before, based on the works of George R.R. Martin. But now there is a show-centered book forthcoming from Chronicle Books- the Official HBO’s Game of Thrones Coloring Book, and this one will contain pages full of images with the famous faces, scenes, and locations we’ve come to love from the TV series.

The characters and scenes will include:

Jon Snow with his direwolf Ghost

Daenerys with the Unsullied

Arya with her sword Needle

Joffrey on the Iron Throne

Brienne of Tarth and more!

We can look forward to beautiful locations such as the Eyrie, Castle Black, Braavos and the Titan, Dragonstone, Winterfell, and King’s Landing.

According to Chronicle Books, most of the scenes are “represented as expansive, two-page spreads including Daenerys escaping on Drogon, the Night King at Hardhome, a map of Westeros and Essos, and the Battle of The Blackwater.”

Here’s another new image from the HBO Coloring Book: 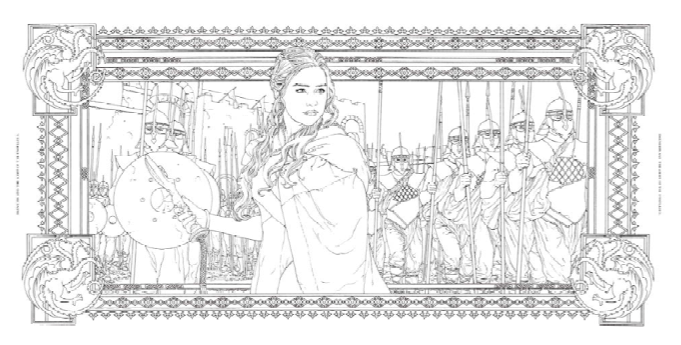 With a few more images from EW: 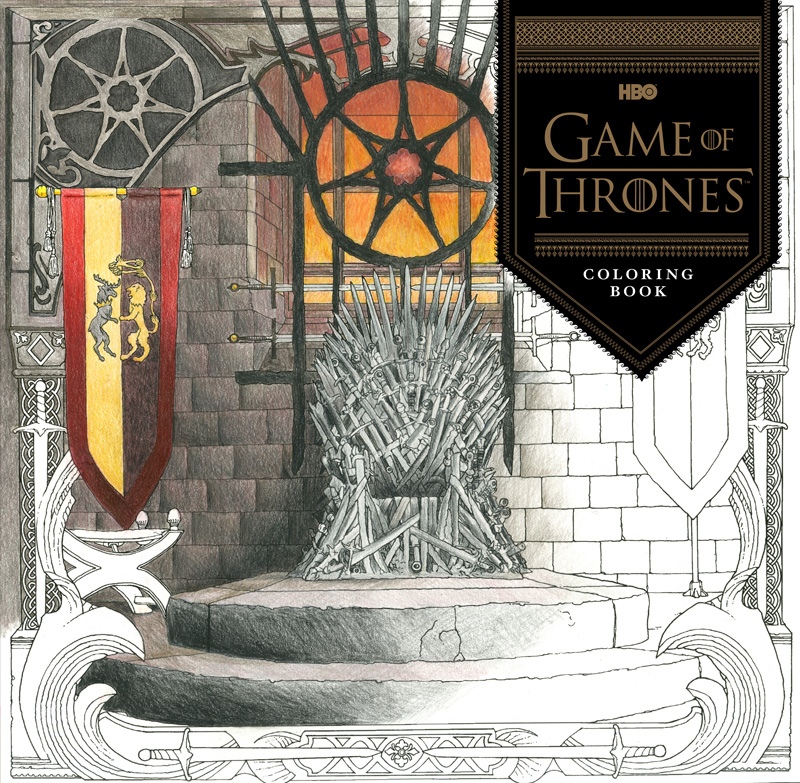 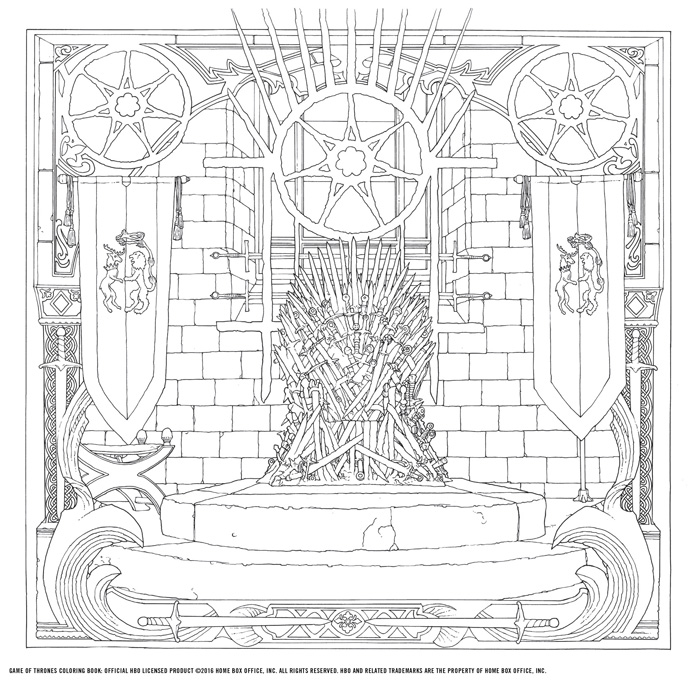 Well, there’s another new addition for my Amazon wishlist!