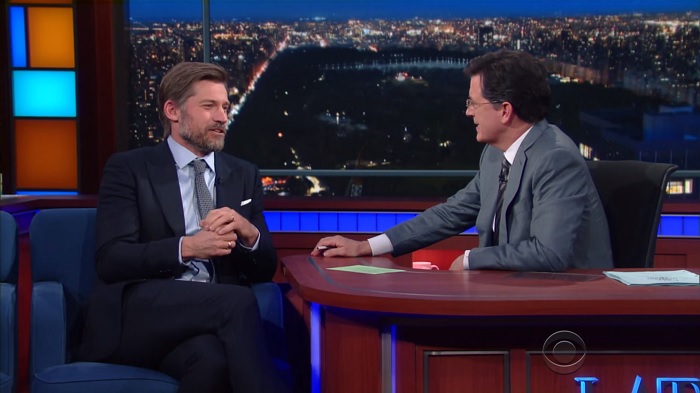 Nikolaj Coster-Waldau was a guest last night on CBS’ The Late Show with Stephen Colbert. He teased season 6 and talked up the women of the show but best of all, a new extended version of the scene with Jaime and the High Sparrow debuted.

Here’s Nikolaj discussing the women of the show, and how it’s no surprise women viewers would like Game of Thrones.

The complete episode of The Late Show with Stephen Colbert is available on CBS.com.

Nikolaj was a very busy man over the last couple days. Yesterday, the Game of Thrones official Twitter hosted a live chat with Coster-Waldau present to field questions from fans. He handles questions on his most challenging scenes, who is going to die this season, the funniest castmates, and so much more. SerDuncanTheTall has helpfully gathered up the clips up into one YouTube video for our enjoyment.