Nikolaj Coster-Waldau might be exaggerating, and Liam Cunningham tells us who we won't see in Season 8 | Watchers on the Wall | A Game of Thrones Community for Breaking News, Casting, and Commentary 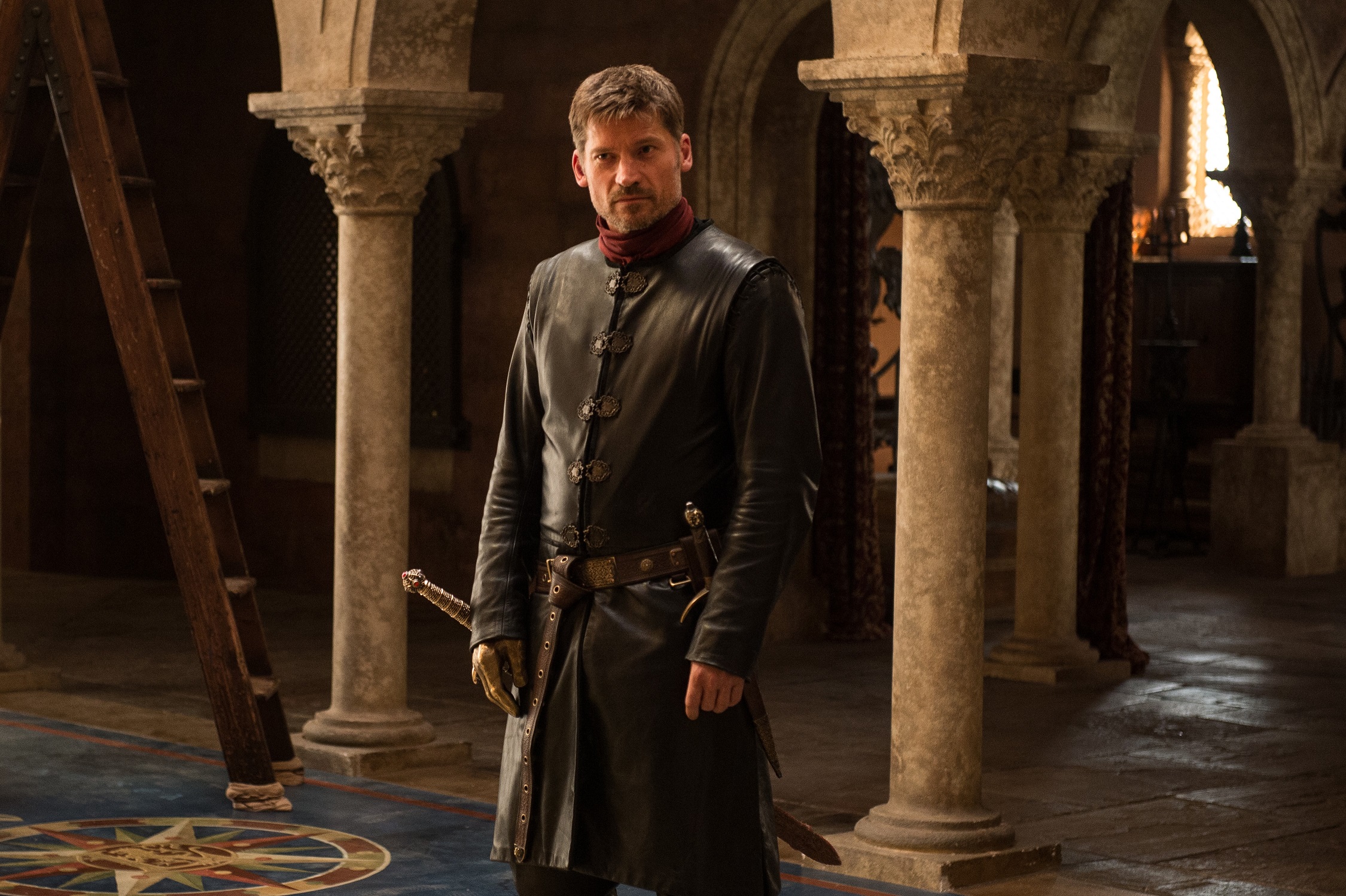 Nikolaj Coster-Waldau said in a recent interview that the ‘Game of Thrones’ cast will not receive physical copies of the Season 8 script.

Even though the leaks of the Season 7 scripts for Game of Thrones didn’t put a dent in its ratings — in fact, the season shattered viewership records left and right — the powers that be at HBO are trying every trick in the book to keep the upcoming Season 8 scripts on lockdown. Nikolaj Coster-Waldau seemed to double down on those claims in a recent interview, telling a Scandinavian talk show that the cast won’t even be reading from physical copies of the script while filming — although as to whether or not he was being serious is anyone’s guess.

“[After] the hack happened … now we’re not even going to get the script. Now we are going to do a scene, we will be told what’s going to happen and then we roll,” Coster-Waldau, who plays Jaime Lannister, told the hosts of Skavlan. “We’re all going to have earpieces for the scene and then someone’s going to tell you the line and then you’re going to do the line.”

Given that it was only last week that Liam Cunningham, who plays Davos Seaworth, said that he had received all of the scripts, it’s possible that Coster-Waldau was doing a bit of exaggeration for the hosts, highlighting the extreme measures that the show has had to resort to in order to keep scripts from being leaked. Cunningham did point out that extra security features mean the scripts are in digital-only form and can’t be opened outside of Titanic Studios in Belfast, but earpiece-only rehearsing is a little too impractical for filming. So is Coster-Waldau trolling us all? Signs point to yes, but we may never know.

Speaking of Cunningham, he recently told TV Guide about one character that almost certainly won’t make it to the screen in Season 8 of Thrones: Davos’ wife, Marya Seaworth, who hasn’t been mentioned since Davos’ son Matthos was killed in the Battle of the Blackwater.

Davos’ grieving wife Marya likely won’t make it to the screen in Season 8.

“I don’t think it’s going to happen,” Cunningham said. “We’ve got six episodes left and we’re ramping up to World War III in Westeros. The introduction of my fabulously beautiful wife, I’d imagine, is not going to be seen.”

It makes sense — Marya is hardly mentioned in the Song of Ice and Fire series either, and since we’ll be down to the nitty-gritty and fighting the army of the dead in Season 8, we can believe that there’s no time to introduce such a minor character. However, since Davos is a noble man, chances are high that if he survives the season (and pray to the gods he does), he’ll be returning to his loving wife offscreen.