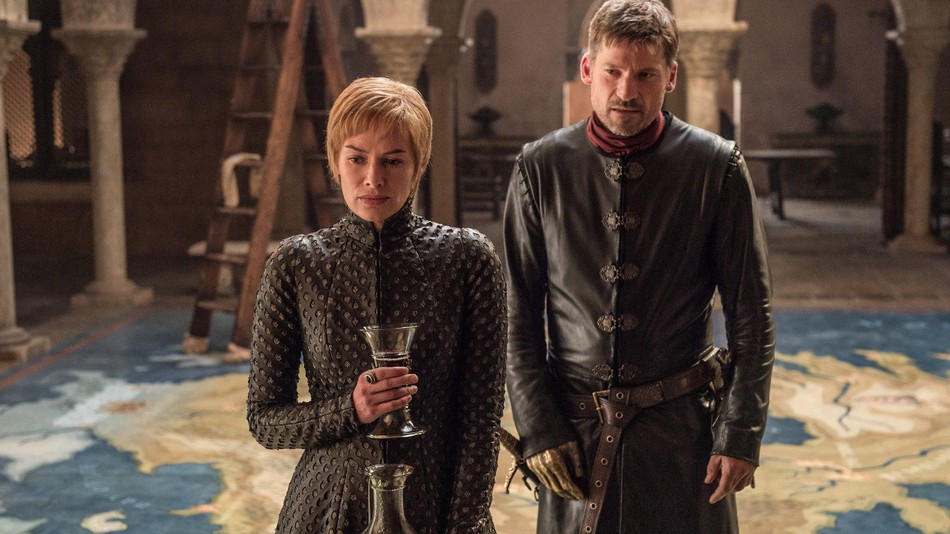 Nikolaj Coster-Waldau recently chatted with Vanity Fair about the thought process behind Jaime’s desertion of Cersei and hinted at the choices Jaime might make next season.

During his interview, he also reflected on the challenges that season 7’s shorter runtime presented to the actors, who were used to playing out storylines set on a much more condensed timeline.

“Trying to connect the dots between the scenes was a little complicated because you invest so much time, so many years in these characters, so when suddenly you find out that Jaime comes back and his son has committed suicide . . . there’s so many things that obviously you can’t go through, on-screen, all of these moments, but you have to still walk through them in your mind, if you’re an actor, at least talk about them. There was a lot of those connecting the dots throughout the season.”

He also addressed Jaime’s monumental decision to finally, finally leave his toxic sister at the end of last season. According to Coster-Waldau, it was the moment Cersei commanded Robert Strong to execute Jaime that cut the chord.

“That breaks his heart,” he said. “Because his whole life has been about her.”

His single line before turning away, “I don’t believe you,” was packed with subtext: “[He’s saying,] I don’t love you anymore. . . . I’m calling your bluff, and, you know, you can’t hurt me now because my heart has been destroyed by you. You can’t hurt me anymore than you already have,” Coster-waldau said.

However, Coster-Waldau cautioned that Jaime’s decision might not be long-lasting. “That’s, of course, said in a moment of passion. Who knows if it’s true?” he said.

“I’ve almost been married 20 years—June 6th will be our 20th anniversary—and I’m very, very lucky. I have a wonderful wife. But over 20 years, there are times where you have fights. You can be so angry that for a second in your passion and anger you can go, ‘Oh, fuck this.’ Of course, three seconds later, you go, ‘No, no, no. What am I doing? What am I thinking?’ . . . I think the fundamental emotions are the same in every relationship. As a setup for the season we’re shooting now, it was just amazing.” He then hastened to add that his relationship with his wife is nothing like Jaime’s relationship with Cersei.

Speaking of the “amazing” upcoming season, though, Coster-Waldau said that it has “definitely been the toughest season by far” but that “it’s also been the most fulfilling.”

“This is the end of the show. There won’t be any more stories after this, so, for me . . . I don’t know if it gets better, but I just find it a lot more interesting.”