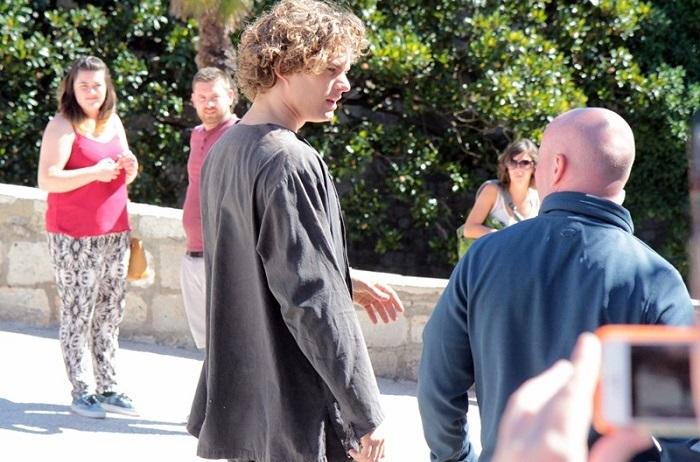 Just a few days ago, photos from the latest Game of Thrones filming in Dubrovnik showed Finn Jones with his castmates on set. Jones joined Lena Headey and Dean-Charles Chapman in the Croatian city that serves as King’s Landing, but fans were uncertain what role Loras will be playing in season 5.

A new video of the shooting on Dubrovnik’s city walls has surfaced, hinting at what direction the knight’s story may be headed toward next year.

The footage depicts Loras being restrained and dragged away by members of the Faith Militant. The show has deviated substantially from the plotlines assigned to Loras in the books, and so there may be another change-up happening, with Loras more actively involved with the Faith storyline.

It’s unclear if he remains in their custody, with charges pressed, or is only temporarily restrained by them.