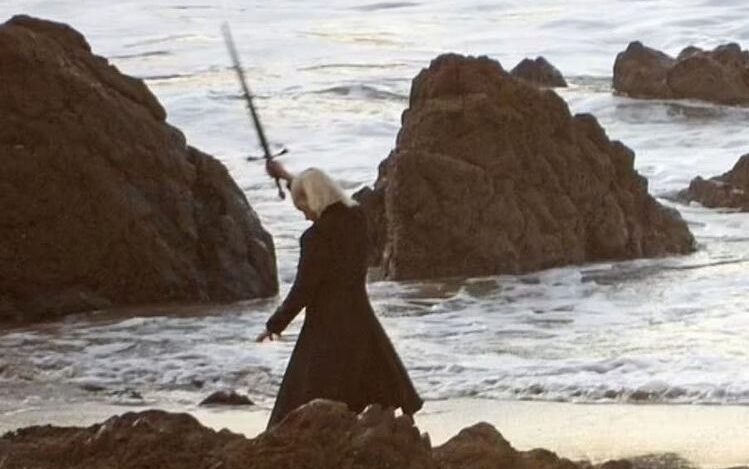 The goods just keep on comin’! Mere days after we caught a first look at Laenor Velaryon and some grizzly post-battle action, new set photos grace us with a glimpse of Daemon Targaryen wielding his legendary Valyrian steel blade, Dark Sister!

In photos tweeted by @HOTDBr and published on Metro, we see Matt Smith as Daemon Targaryen walking along a beach carrying a sword that can only the famous Dark Sister, 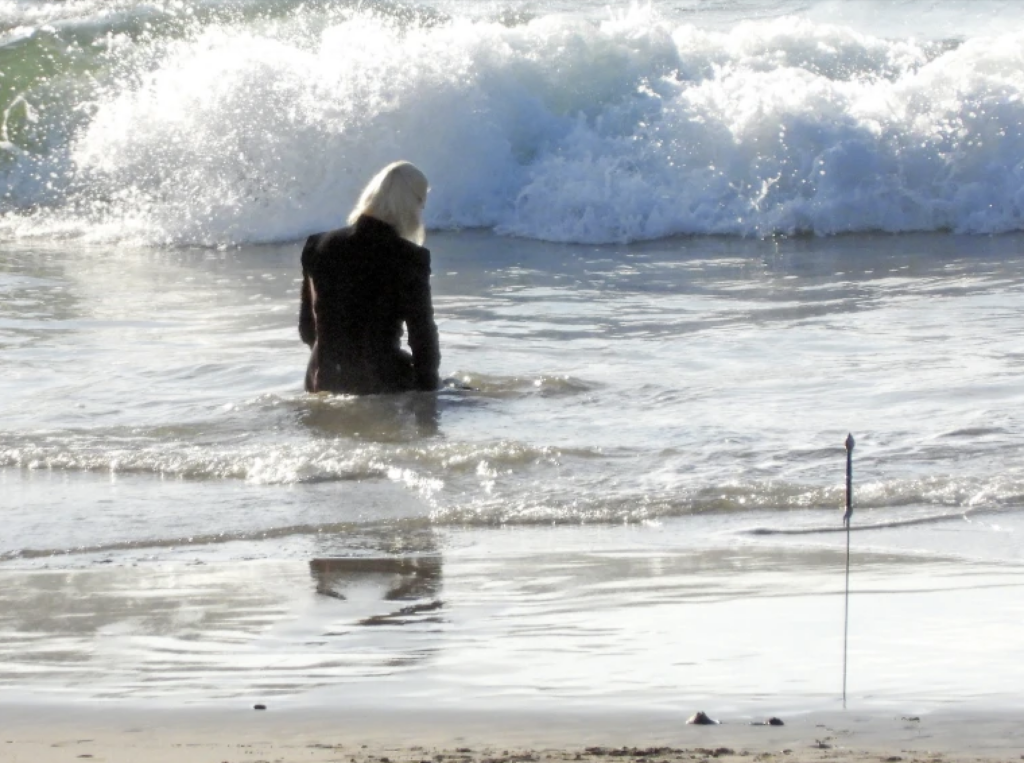 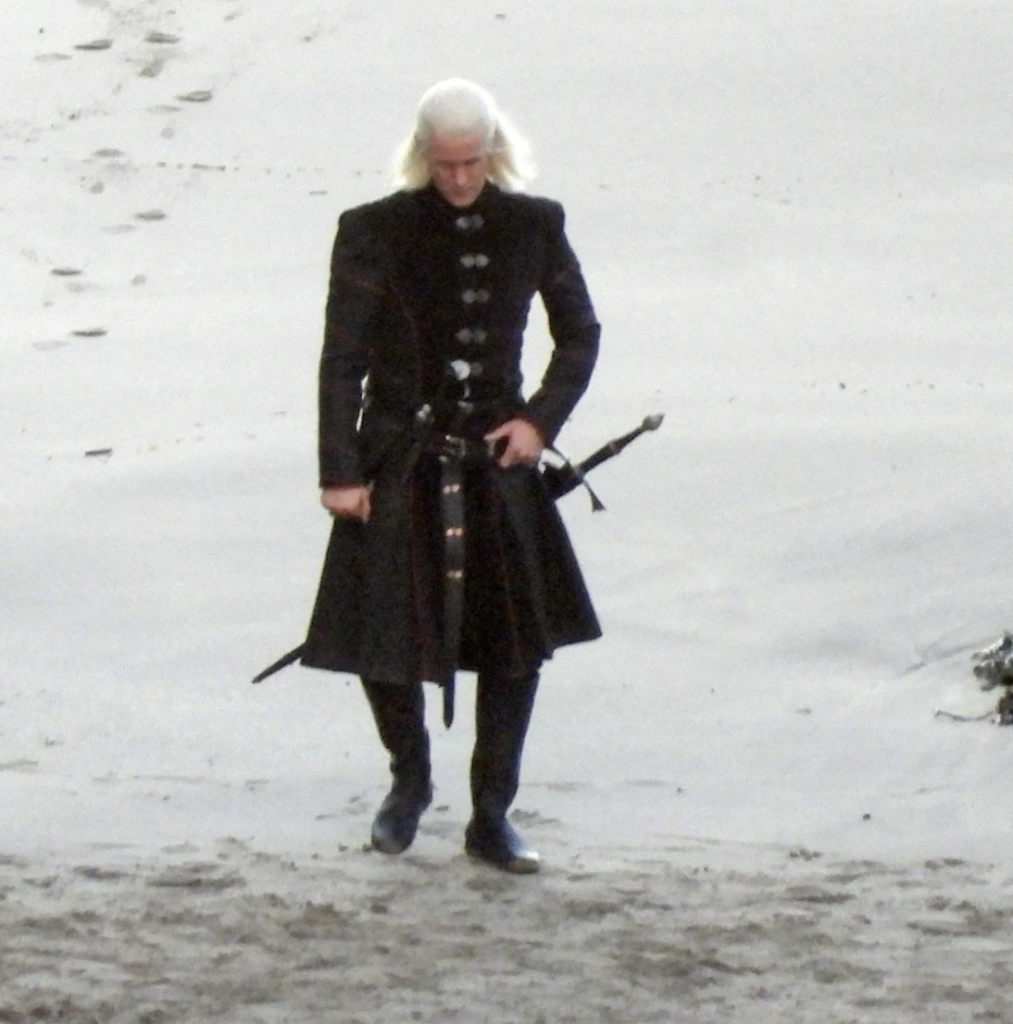 For those fuzzy on Targaryen history… or who have simply lost track of all the named swords in Westeros, Dark Sister was the Valyrian steel sword originally wielded by Visenya Targaryen, sister-wife to Aegon the Conqueror. The sword’s last known owner was Brynden Rivers aka Blood Raven aka the Three-Eyed Crow and its current location during the events of A Song of Ice and Fire is unknown (and the subject of much speculation and theorizing). But for a while there between Visenya and Brynden, Dark Sister belonged to Daemon Targaryen and though the sword was pretty much guaranteed to feature in House of the Dragon it’s still exciting to see it on set for the first time.

Perhaps the most jarring of these new photos is the one of Daemon Targaryen on his back with Dark Sister seemingly sticking out of his stomach. 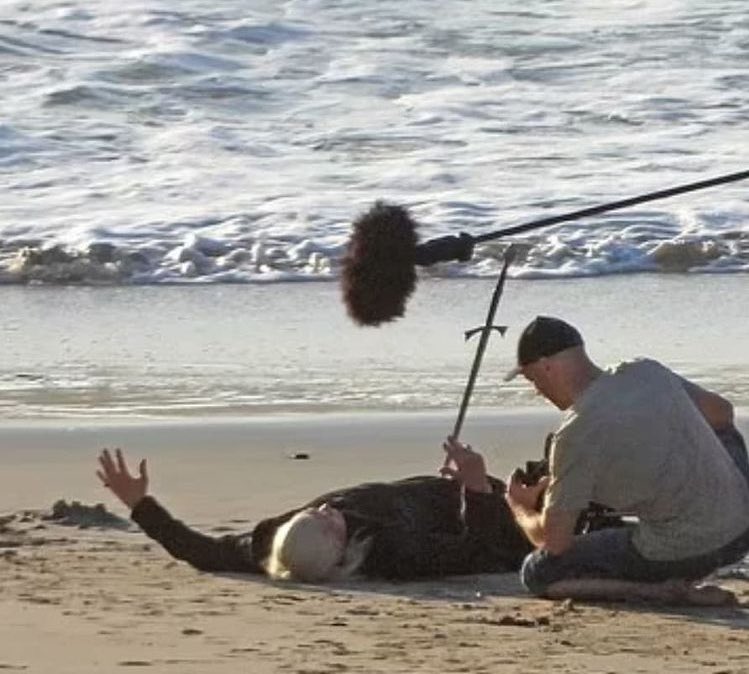 While this has caused some panic online (and it would be pretty funny if Daemon dies in the show by tripping on his sword), I’d say this is pretty clearly a trick of perspective. The sword is stuck in the sand and Daemon is lying beside it.

Of course, it’s unclear from these photos why the great and dignified Rogue Prince is lying in the dirt by himself. I wonder if this scene takes place at an emotional low point for Daemon and if House of the Dragon will offer us a glimpse at who Daemon is when he’s not performing his machismo for others.