New Game of Thrones Season 7 Photos — Including Daenerys on Drogon mid-battle! | Watchers on the Wall | A Game of Thrones Community for Breaking News, Casting, and Commentary 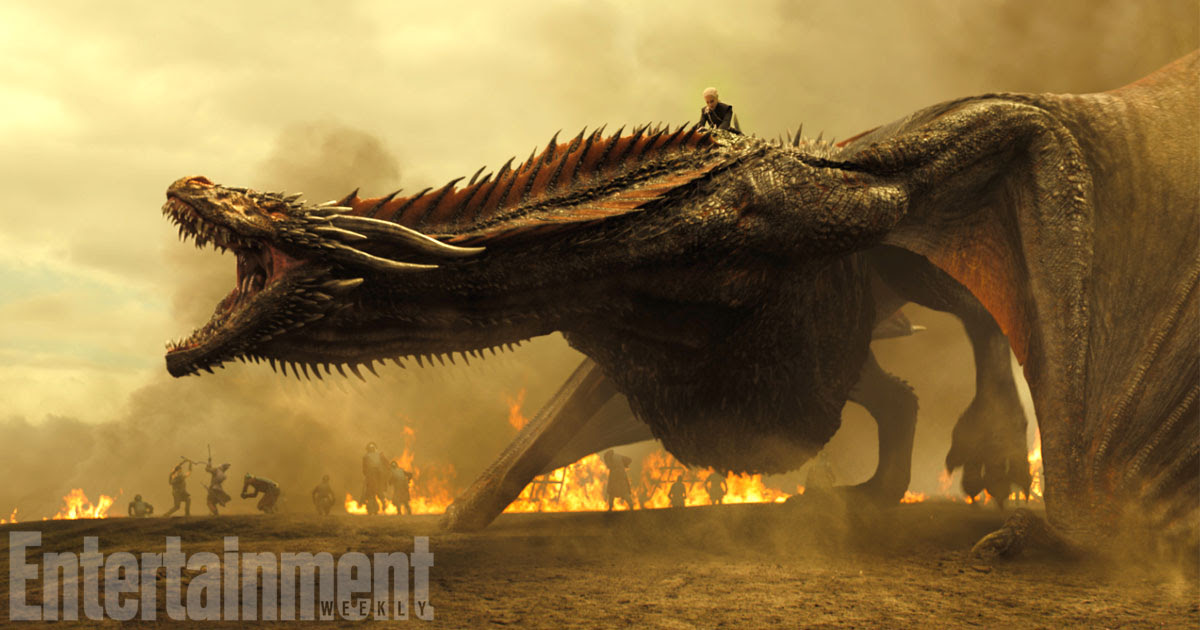 We may not have a trailer just yet, but last month we did get fifteen promotional pictures to tide us over in the meanwhile. And now another batch of them comes… And this one includes a screen-cap from the show itself, with special effects included!

EW just shared 7 new pictures, and the first one is a doozey, here at a higher quality: 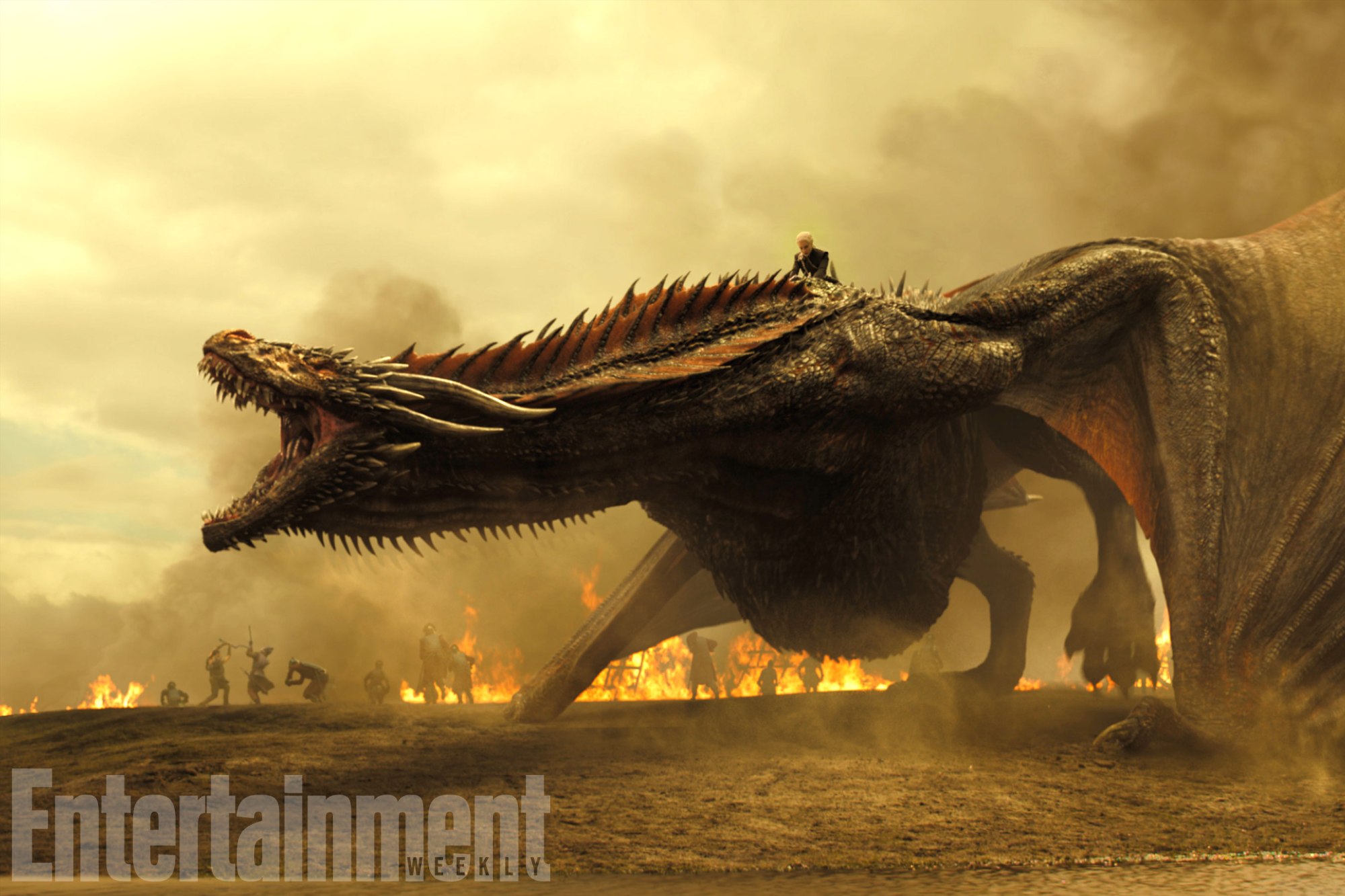 Emilia Clark as Daenerys Targaryen on Drogon, in a battlefield

If you want to look at the rest of the photos, go check EW, as per their request.

The photos from the set are nice and all, of course, especially Arya, who doesn’t appear to be in the south. She could still be in the Riverlands, or perhaps in the North. Nevertheless, there is nothing quite like that fully-realized image of Daenerys mounted on Drogon, who seems to be many times larger than last we saw him. And they’re in the middle of a fiery battlefield! There’s less than two months for the return of Game of Thrones, and the hype machine is now working in full force!