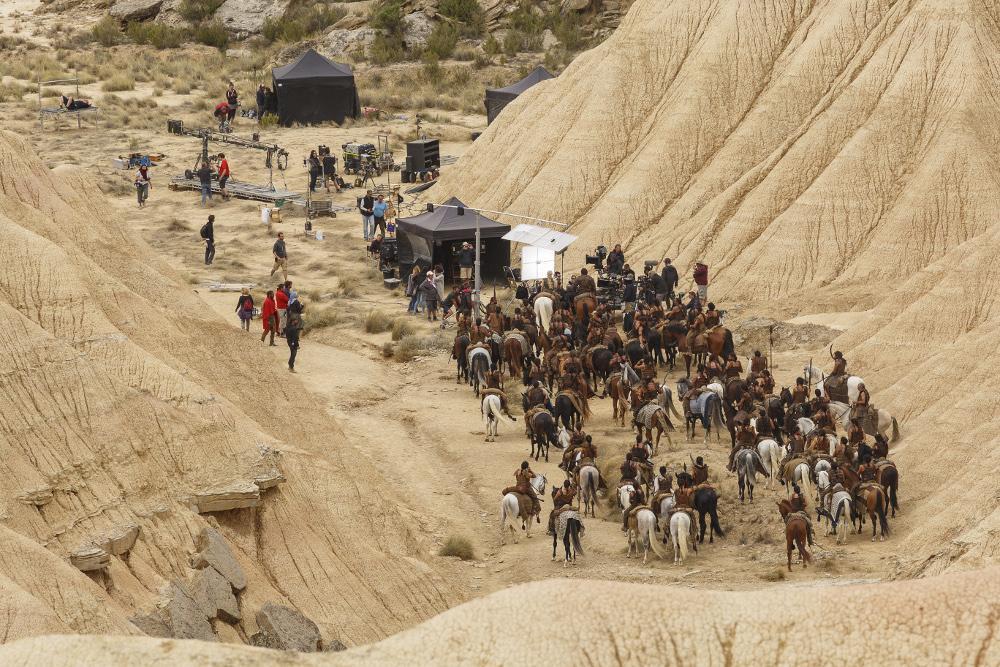 New photos of this week’s filming in the Bardenas are popping up, giving us a clearer idea of what’s happening in Game of Thrones season 6. The shooting in Spain involves Emilia Clarke (and another co-star we’ll tuck beneath the cut for spoiler reasons!), and the khalasar first seen at the end of season 5.

According to Diario de Navarra, sharing info in two articles, Clarke was seen filming at the Bardenas with Michiel Huisman, numerous Dothraki extras, and about 60 horses. There is a Dothraki camp set up nearby. 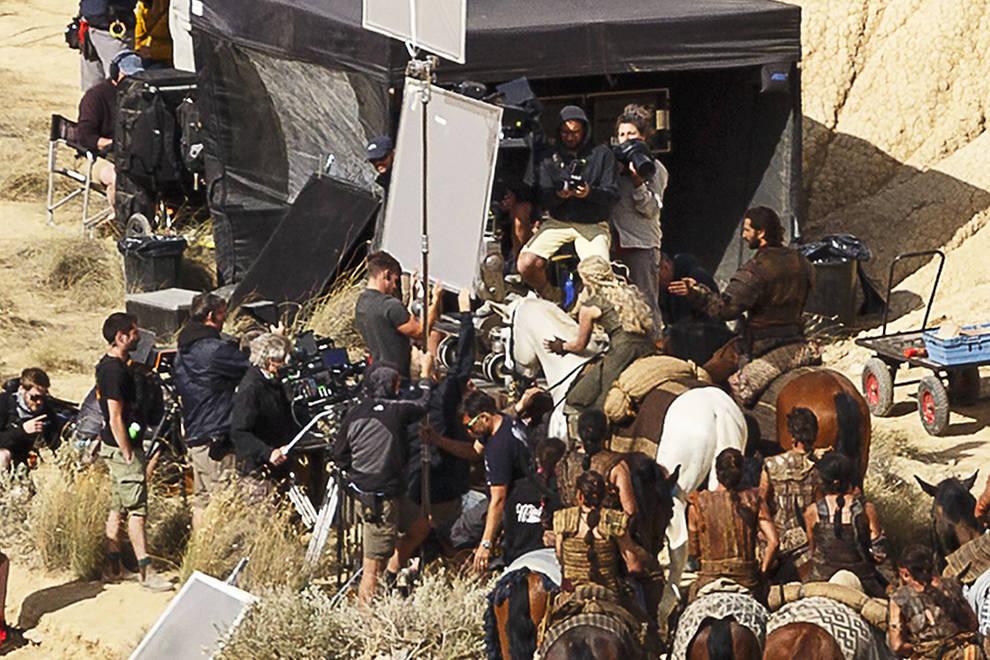 Clarke and Huisman at the head of the khalasar. Photo: DiarioDeNavarra

With Daenerys and Daario reunited, that brings up the question, how does this occur? And where is Jorah, who departed with Daario in season 5? Some have believed him to be riding with the khalasar but I don’t think the evidence is conclusive. And how does Daenerys come into a comfortable position with the khalasar? The photos bring up as many questions as they answer.

Here’s a peek at the Dothraki camp set-up: 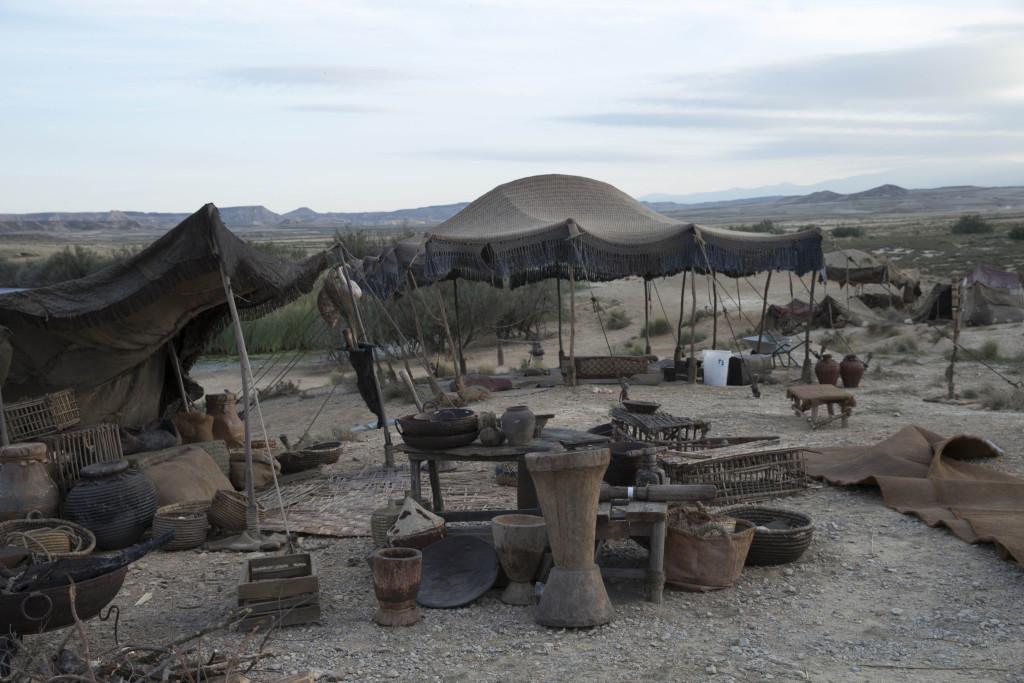 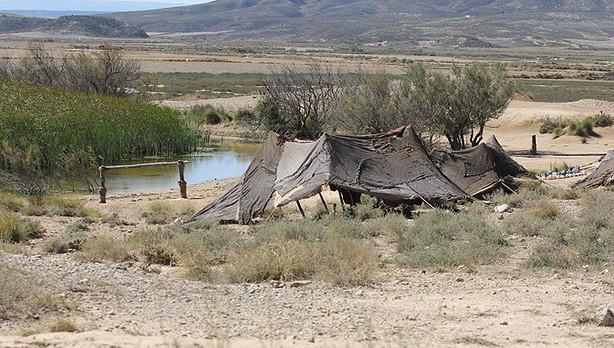 And for those feeling sorry for nominee Emilia Clarke, who was unable to make it to the Emmys, don’t worry- she was still able to get her hands on one!