New Game of Thrones Season 7 Behind the Scenes Featurette on VFX — Daenerys on Drogon, and battle scenes on land and sea! | Watchers on the Wall | A Game of Thrones Community for Breaking News, Casting, and Commentary 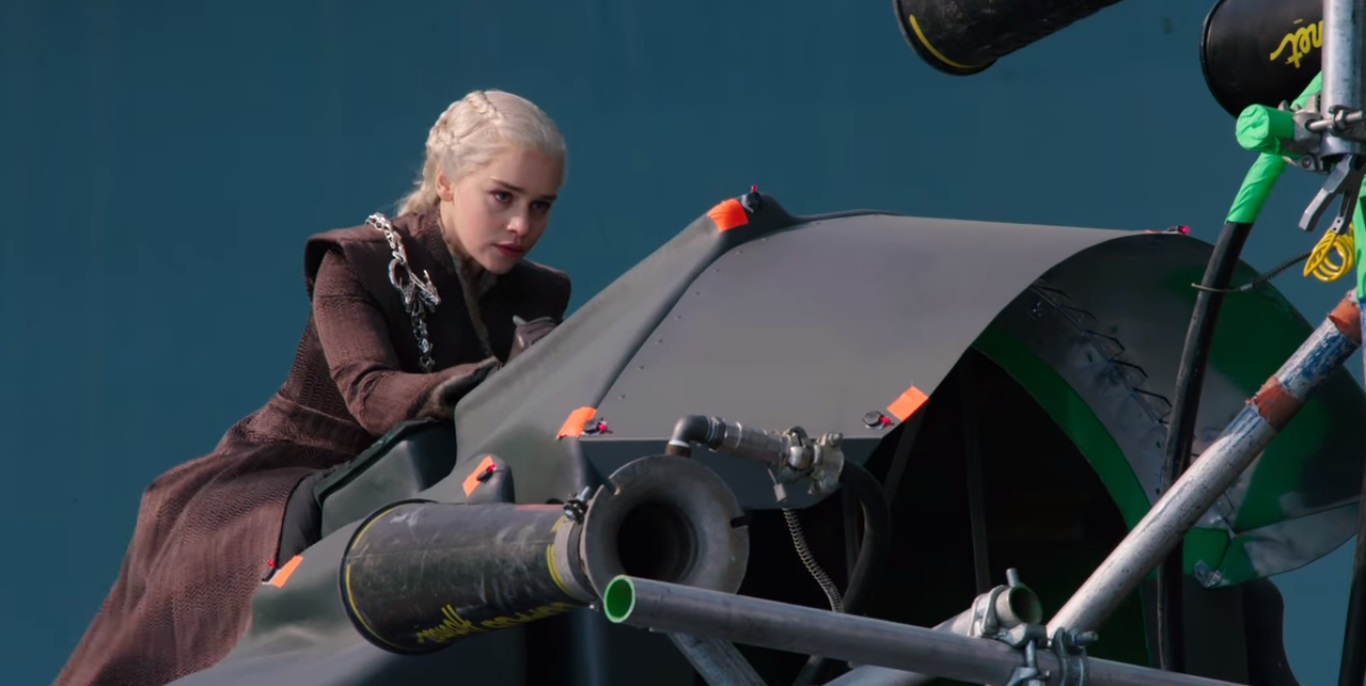 Exactly a week ago the first Inside Game of Thrones video for this season was released, focused on the costume department. Today, though still on the technical arts, we switch gears to the special effects — which have been an increasingly big deal in the show, as dragons only get bigger, magic only gets crazier, and battles only get grander.

Watch the video, which contains new footage from two battles, below the cut!

Much of what we see in this interview with special effects supervisor Sam Conway is from season six, but there is also a few behind the scenes clips from the two biggest and most publicized battles this coming season, one on land and the other at sea. You can see a ship on fire, as on the trailer; a ravaged battlefield; and Emilia Clarke dressed in full Queen Daenerys regalia mounted on what will eventually become Drogon.