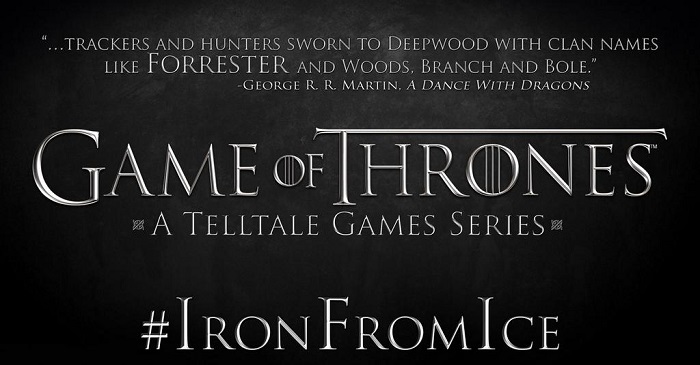 Following Telltale‘s typical format, the game will be released episodically starting in late 2014. It will be character- and dialogue-heavy, with player actions influencing later conversations and events.

The game was announced at the 2013 Spike VGX videogame awards last December. The first teaser trailer was also released on that day.

Cian: A lot can be guessed from the above image as to what the plot will potentially entail. Unsullied readers should be especially wary, as spoiler talk and speculation is inevitable.

A Dance With Dragons, Game of Thrones, Telltale Games, Videogame