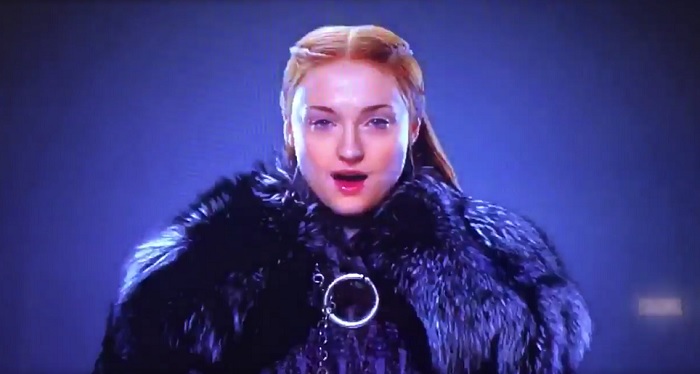 Several Game of Thrones cast members appeared in a new HBO promo that turned up online today, decked in their season 7 gear. Sophie Turner, Kit Harington, Emilia Clarke, Isaac Hempstead Wright and more open up and say, “Ahhhhhhh”  in the new video along with many other big HBO stars.

Of particular interest, the video gives us a nice clear look at Clarke in Daenerys’ Targaryen red-and-black wardrobe, and at Hempstead Wright in a clean new set of clothing and brown furs for Bran Stark.

It’s been a long wait, but it seems like the Game of Thrones info is coming out now from HBO at a faster rate; perhaps footage from the new season (besides ominously slow walking set to Britpop) isn’t as far off as we’d feared?