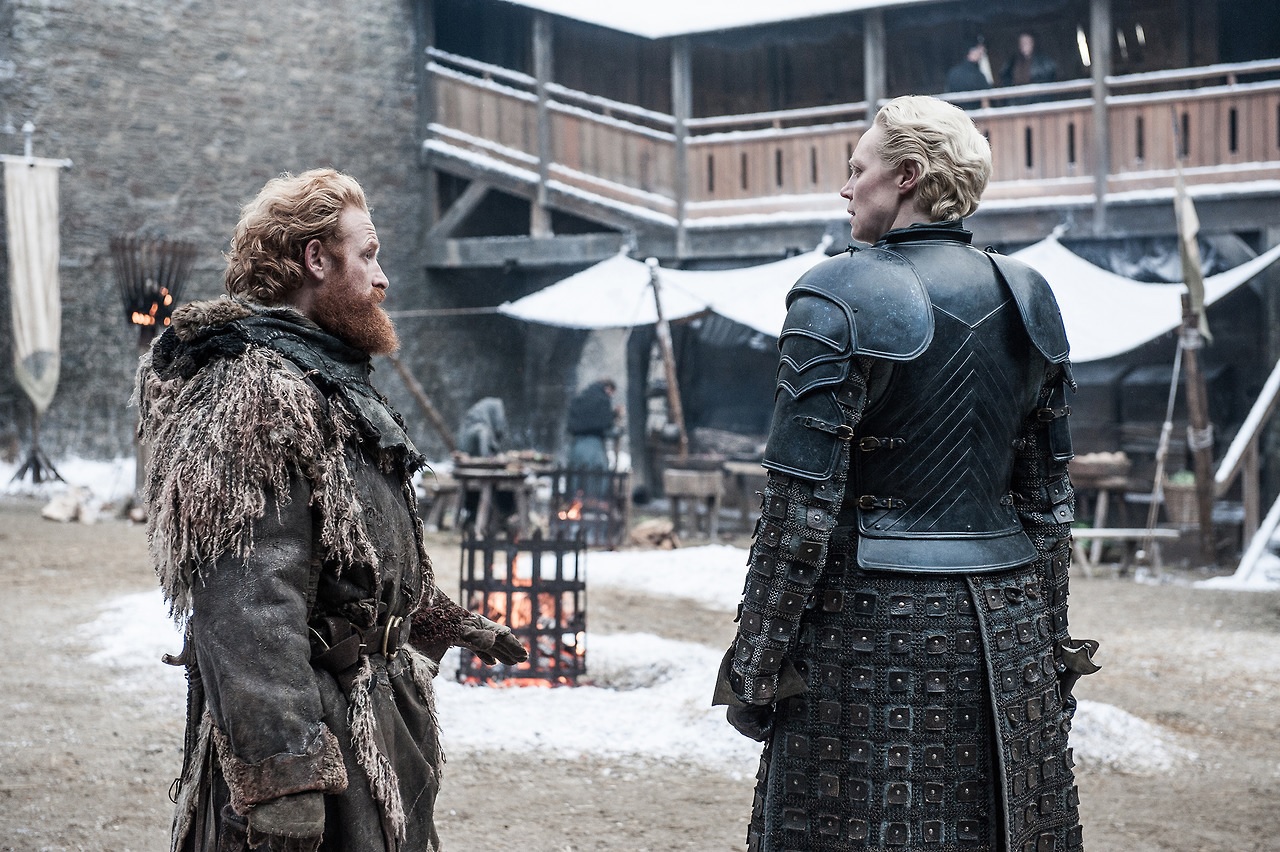 You’ve got to love this time of year in the Game of Thrones fandom- new promo pics pop up just about every day now! This morning brought us an extraordinary glimpse of Daenerys and her crew’s arrival. Now, a fresh batch of photos have been rounded up and shared by gravemaster7 on Reddit, featuring a wide variety of characters including Daenerys, Jon Snow, Brienne, Tormund, Pod, and some behind-the-scenes filming images.

In addition to the Brienne and Tormund image above, we have this lovely image of Daenerys (Emilia Clarke) looking regal in her dragonscale-inspired costuming. 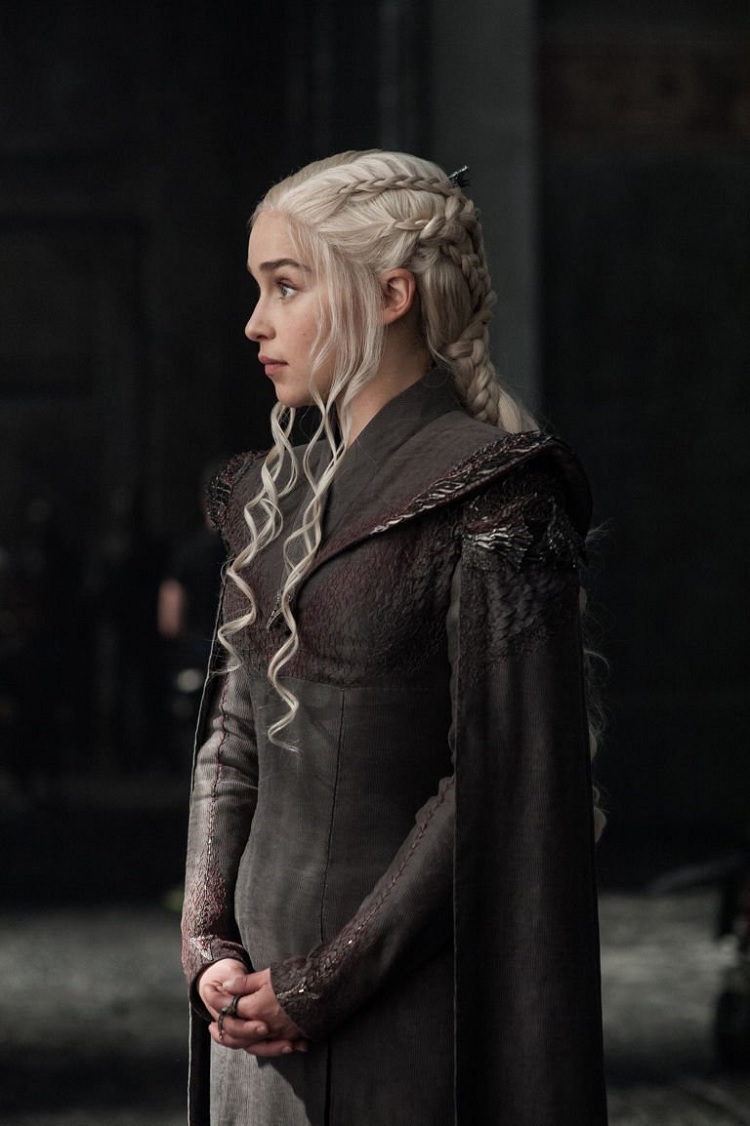 Next, we see Pod (Daniel Portman) carrying a sword in the Winterfell courtyard. In the newly released HBO Spain video, we see Pod and Brienne sparring. Could this be from a similar scene? 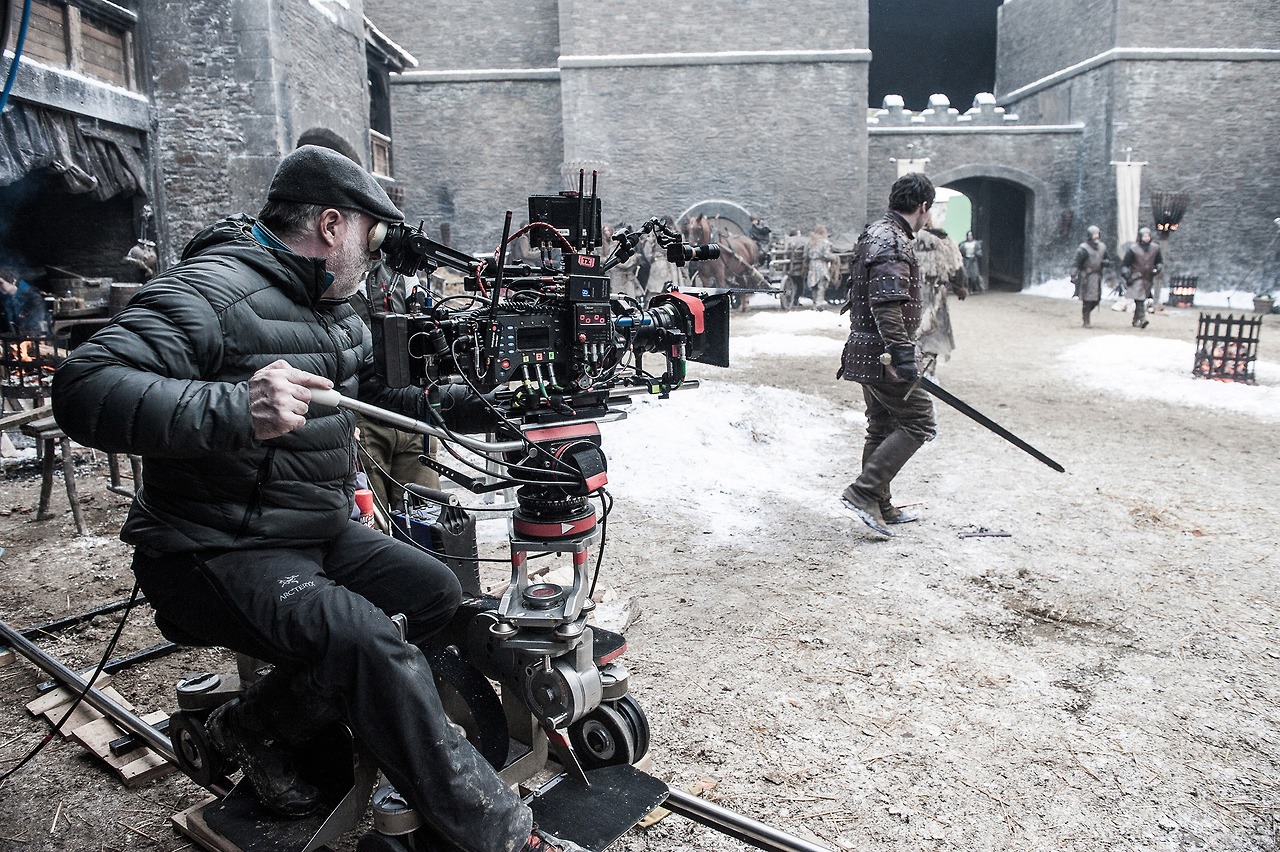 Jon Snow (Kit Harington) departing Winterfell on horseback, with knights behind him: 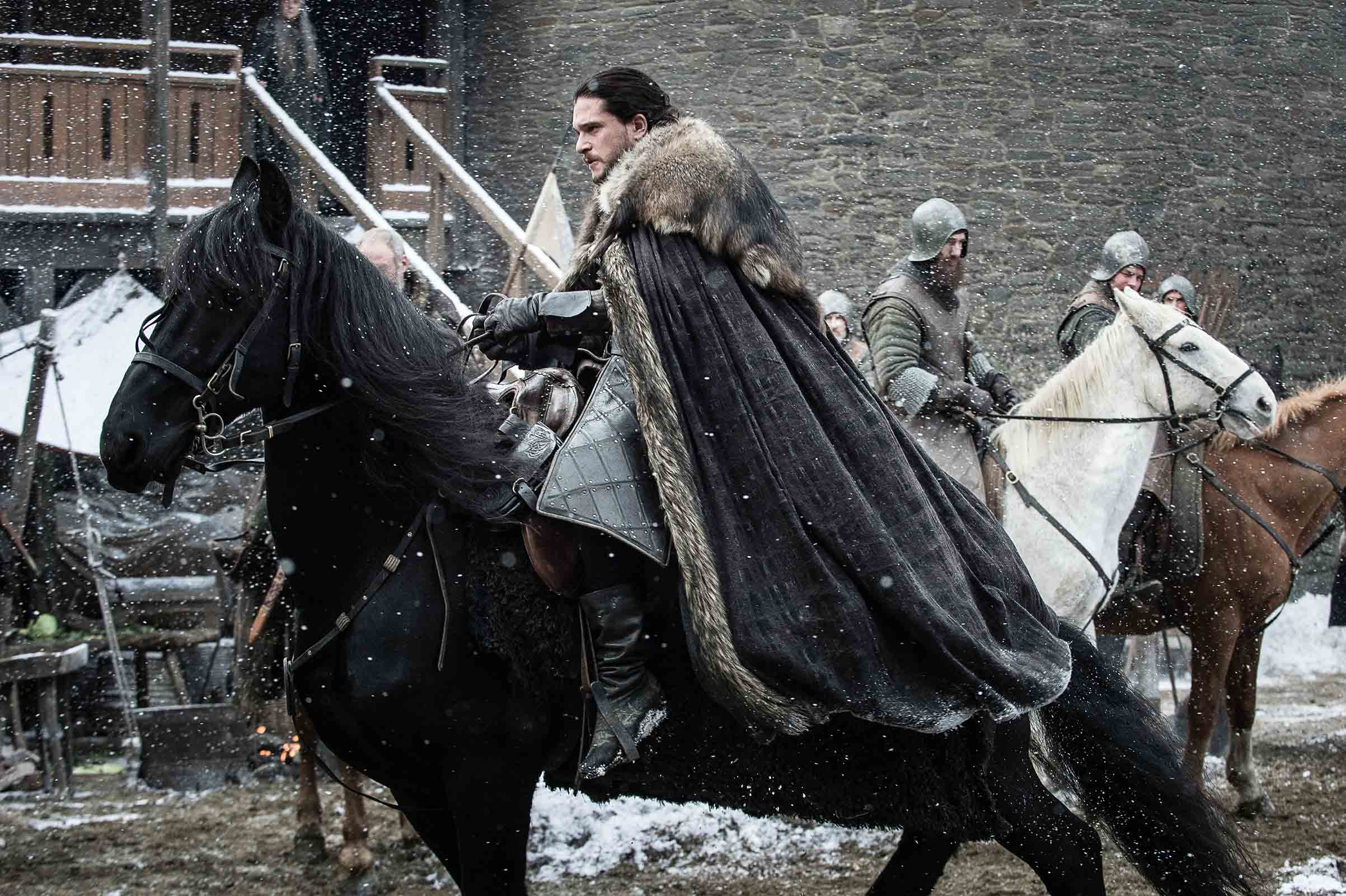 A great shot of Jon standing in front of the hearth in the Great Hall at Winterfell, addressing the crowd. In the next photo after this, we see the filming crew shooting the scene, with episode “701” on the clapperboard. 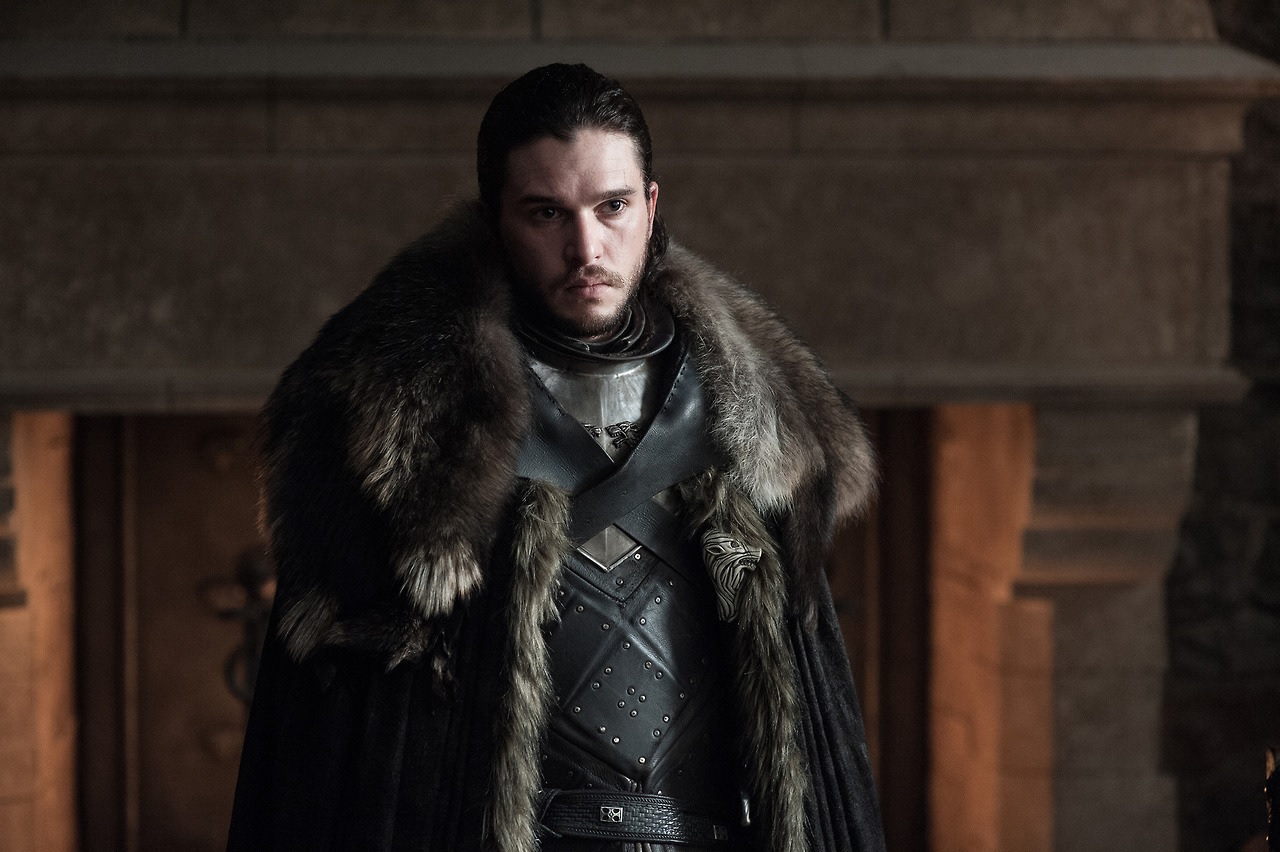 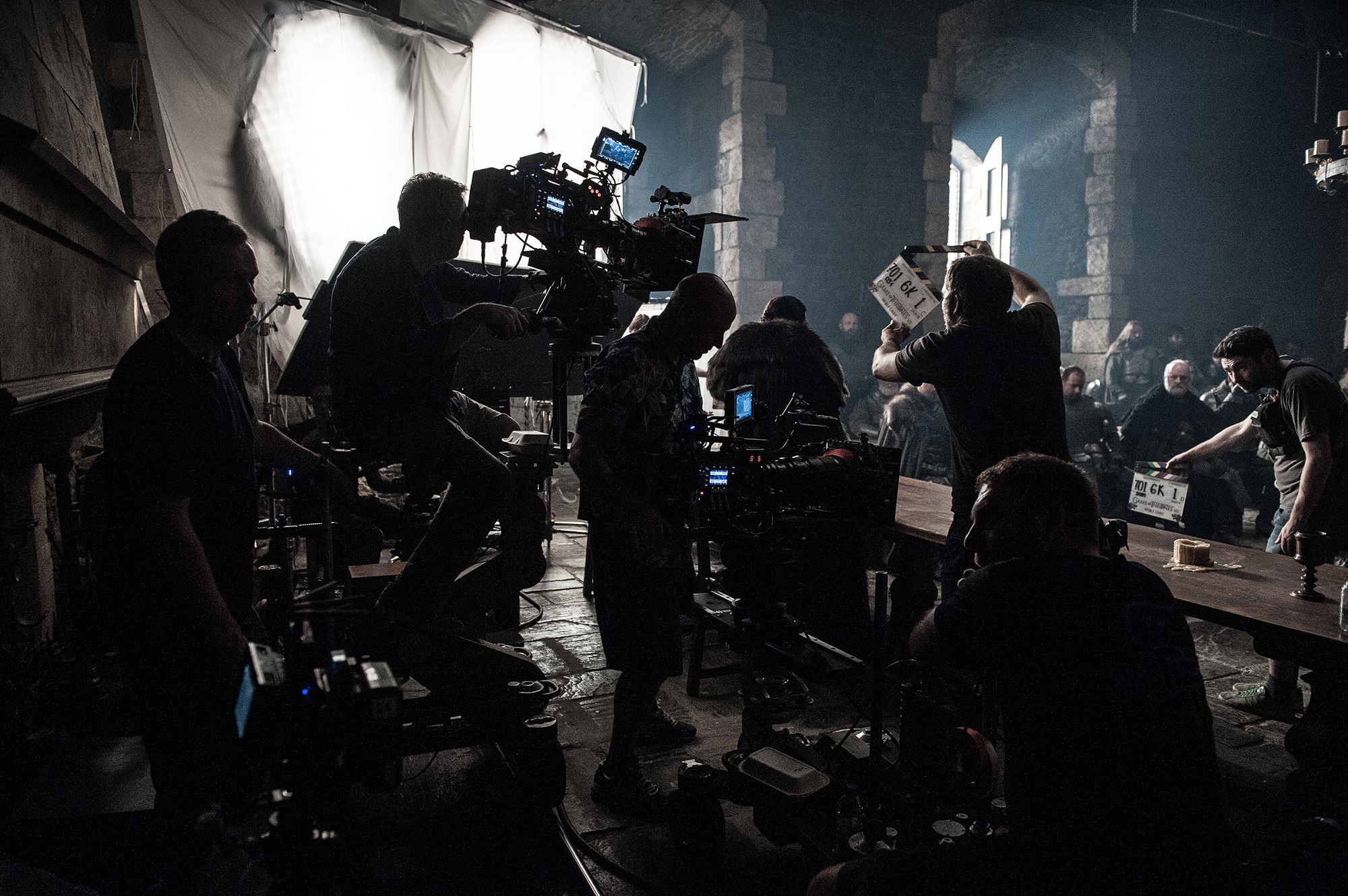 These final two photos show a small, whited-out set that will be familiar to fans who followed filming. Last October, this particular set was spotted in Northern Ireland’s Mournes, just outside Hilltown. The snowy site has small buildings on it, as well. At the time, it was unknown to us who was filming on the location, but since then we’ve learned (and the season 7 trailer more or less confirmed) that the filming involved the Hound (Rory McCann) and the Brotherhood without Banners. 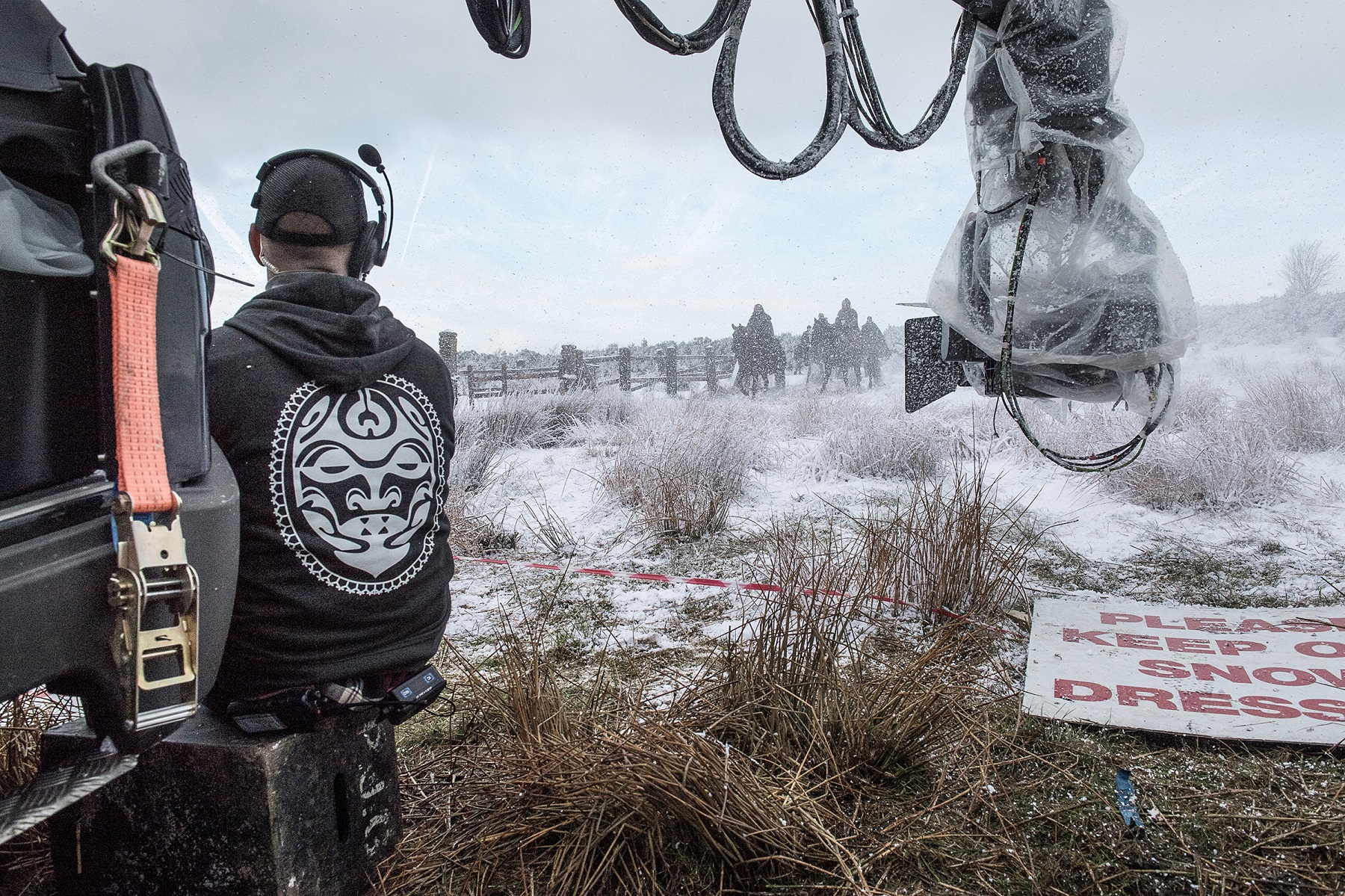 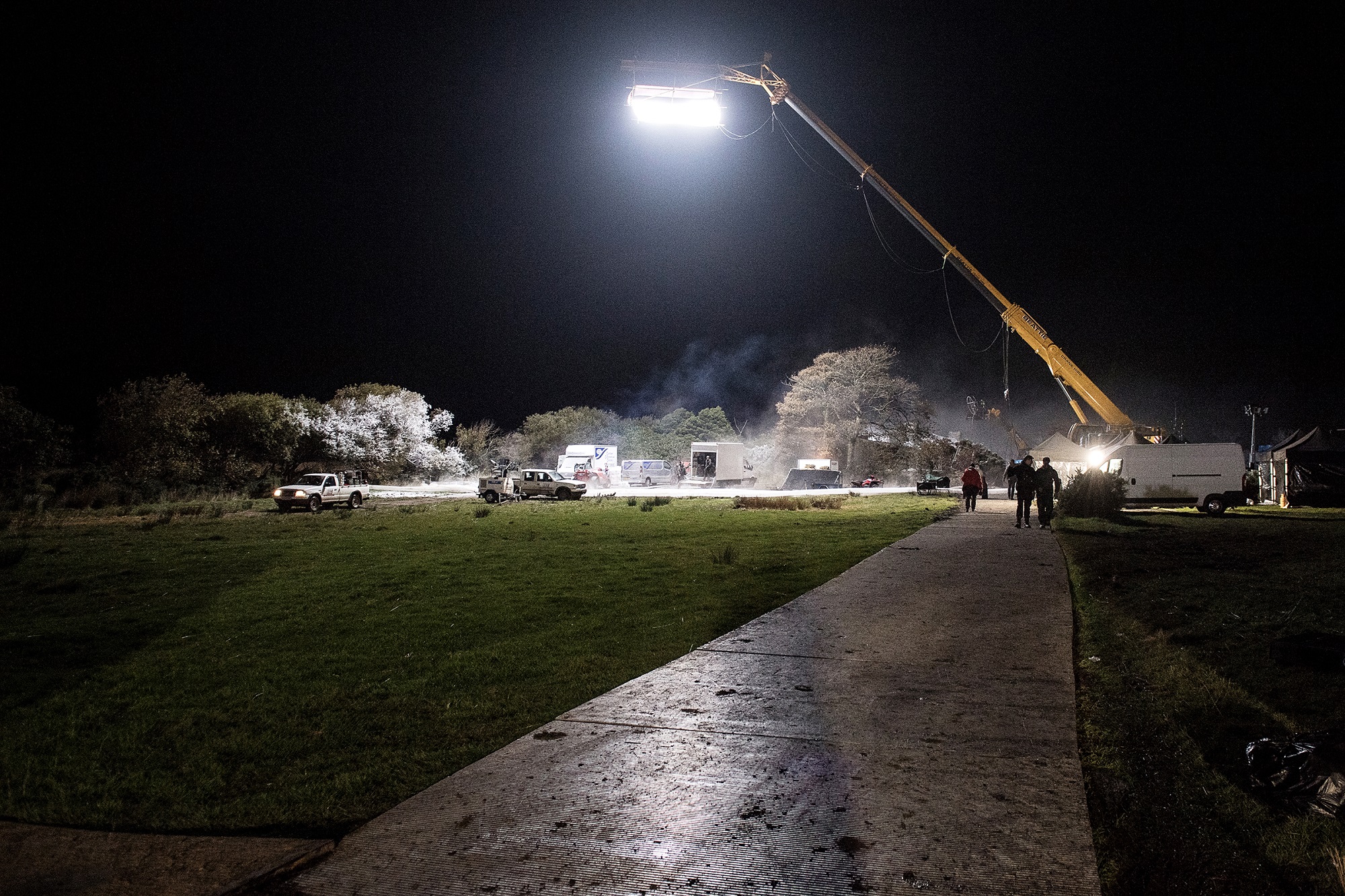 We’ll keep our eyes peeled for more pics, as we’re bound to see more turn up!