New Game of Thrones filming dates and location specifics revealed in Girona! | Watchers on the Wall | A Game of Thrones Community for Breaking News, Casting, and Commentary 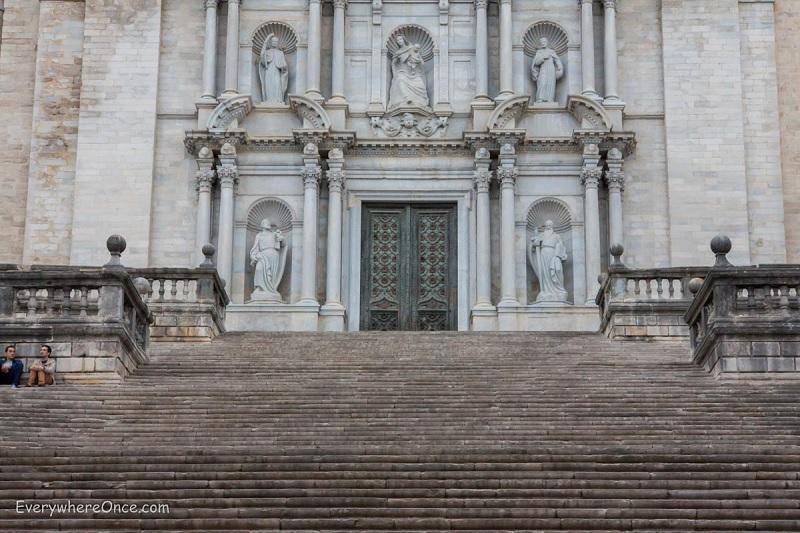 The stairs of Girona cathedral

We have some very specific new information about the Game of Thrones filming sites in Girona, Spain, thanks to Aragirona.cat. The city is expected to serve as multiple locations for Westeros and beyond in season 6. We had gotten an overview of the Girona sites a few days ago when a pamphlet was released by the city of Girona, but the city has now shared a great deal more info, in an effort to make the process painless for their resident and merchants.

The mayor of Girona, Carles Puigdemont, met with Girona City Council representatives and Old Town merchants this week. The local government and representatives from Game of Thrones are keeping business owners aware of which streets in the area will be affected by Game of Thrones shooting. More meetings are planned, in order to keep the merchants aware of the filming activity and how it may interrupt the flow of traffic.

In the meeting, people were informed which public areas, streets and plazas would be affected on which dates. These days may include preparation time, testing, shooting and breaking down of the sets.

The areas and when Game of Thrones production will be visiting them:

– The stairs of the Girona Cathedral: From September 11th to the 16th

Aragirona noted some parking restrictions as well, since Game of Thrones would affect the availability and require some space. Up-to-date filming information will be posted on the Girona municipal website and posted on the town’s social networks for citizens who are concerned about the filming activity, in addition to the mailers sent to locals’ addresses.

The list is more specific than the pamphlet map, and it has the dates, which are very useful for anyone in the area who wants to know when it’s a good idea to take a peek. But Girona will be quite closed off, so it may be tough for any lookie-loos!