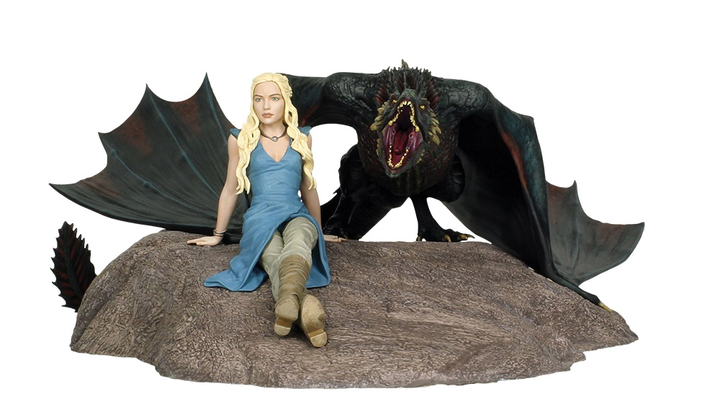 The Toy Fair is running this weekend, and lots of great new Game of Thrones merchandise is making its debut at the event.

Dark Horse unveiled the limited edition Daenerys and Drogon statue.  The amazingly detailed piece measures 14” across and 18” from front to back. It’ll be available in the summer, but you can pre-order now.

Here’s another view of the statue:

In addition, Funko has revealed a handful of their new releases for 2015. ComicBook.com visited the Toy Fair and snapped some photos of the newest products. Among them are the following Game of Thrones Pop! toys : Oberyn Martell, the Mountain, an Unsullied, a wight, Grey Worm, and a new Jaime Lannister figure. 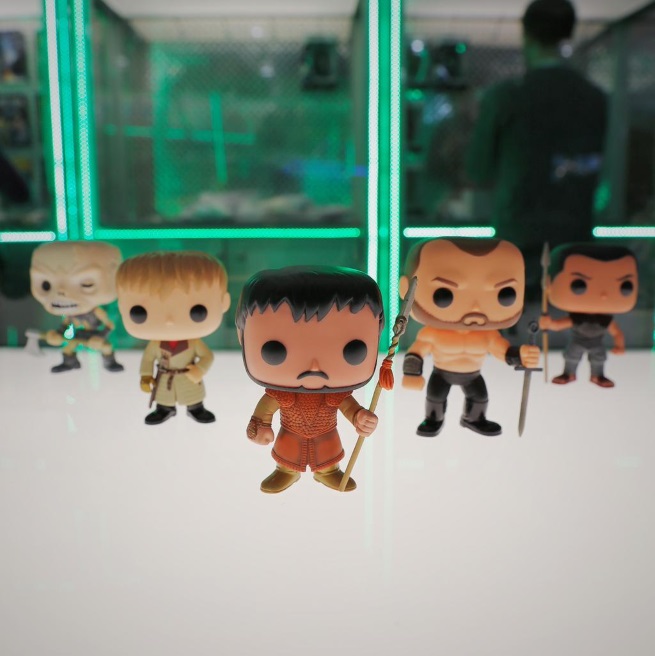 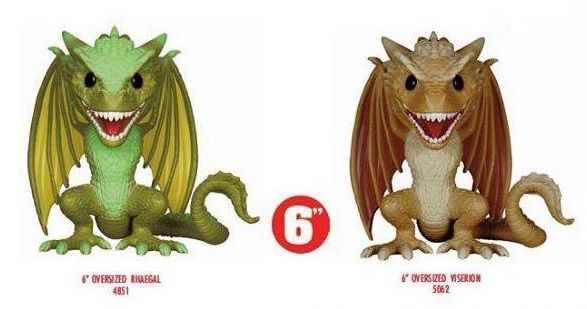 An official Game of Thrones Monopoly is in the works as well: 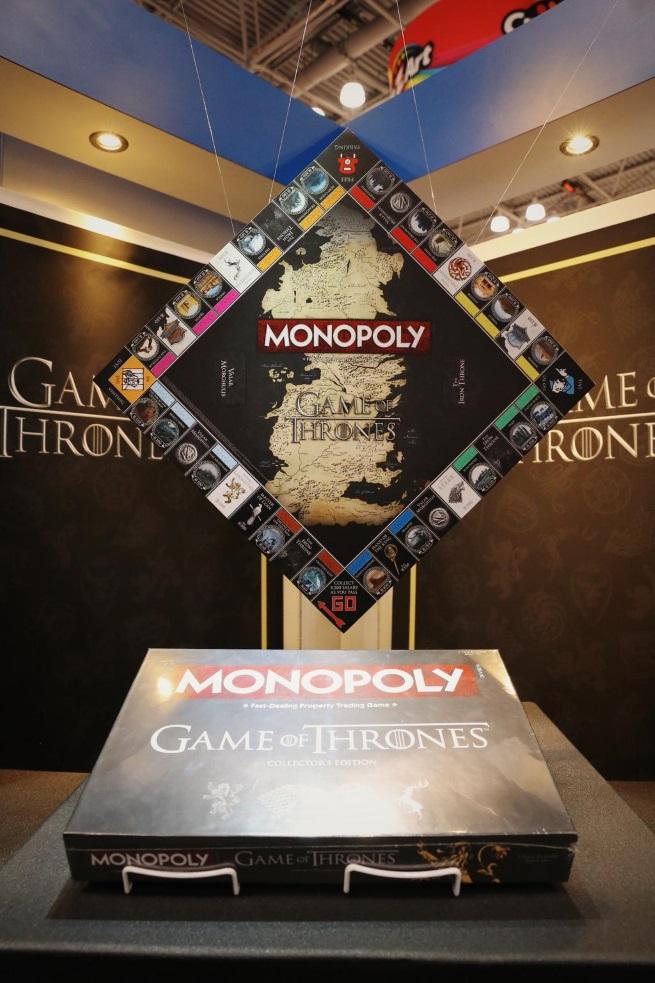 Factory Entertainment showed off a couple nice new pieces for collectors as well. This adorable Drogon plush was featured: 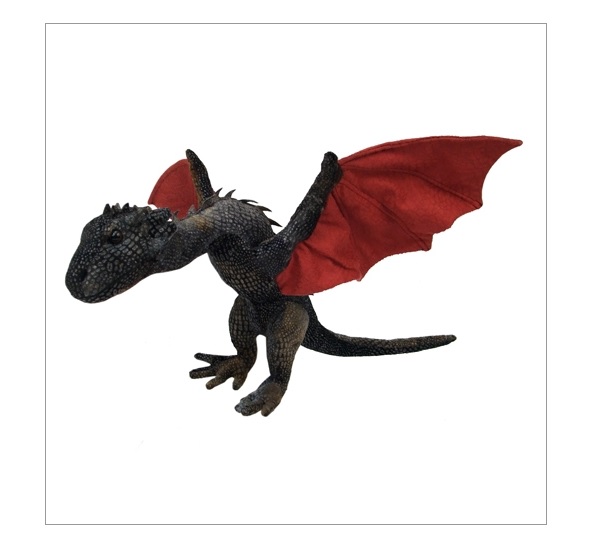 This numbered, limited-edition replica of the Baratheon stag crown, displayed at the Toy Fair, is also now available for pre-ordering for the cool price of $299.99.

The crown comes with an iron sword-motif display stand. 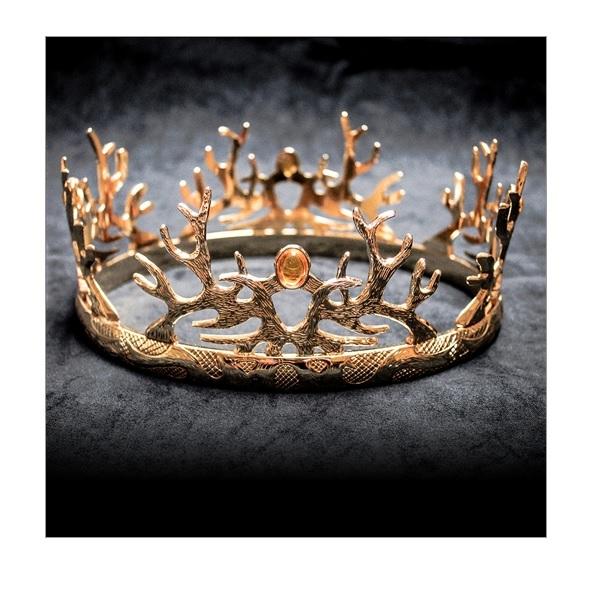 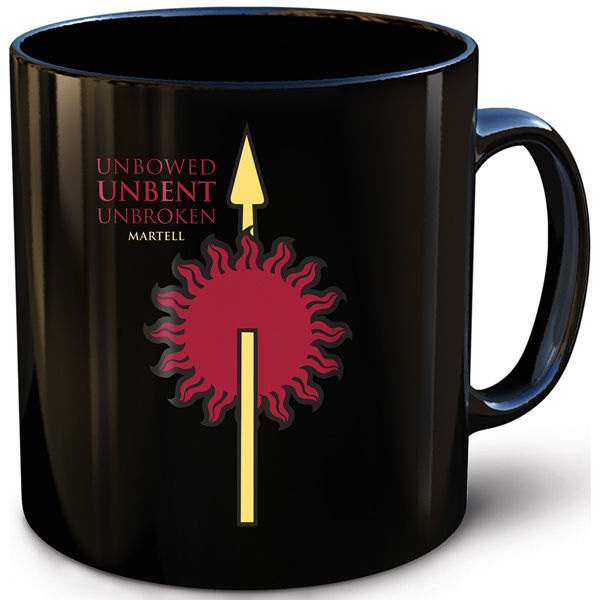 House Martell made a big splash last year with Prince Oberyn coming to King’s Landing, and the trend should continue with the introduction of Doran Martell and the Sand Snakes in season 5. There’s a sun-and-spear mug joining the official Game of Thrones collection just in time for the new season.

All in all, pretty nifty stuff, for all you collectors out there.