New "Anatomy of a Scene" features Sansa's Return to Winterfell | Watchers on the Wall | A Game of Thrones Community for Breaking News, Casting, and Commentary 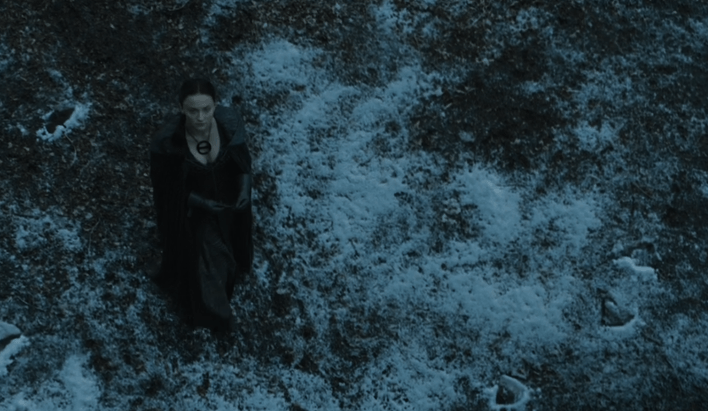 The new Anatomy of a Scene goes inside episodes five and six covering Sansa’s wedding and return to her once-home, now a castle of horrors, Winterfell.

We’ve gotten some key details from the Game of Thrones gods themselves (David Benioff & D.B. Weiss) and it left us excited for what’s to come of our beloved Sansa!

On Sansa returning home and marrying into The Boltons:

“She can see the logic behind what [Littlefinger’s] saying and realize that this is an unpleasant but probably necessary step in getting back what was taken from her.” – D.B. Weiss

He goes on to say:

“She’s going into this dangerous, difficult situation where she thinks
she’s going to guide the situation. The only thing she doesn’t know, that even Littlefinger doesn’t know, is exactly what Ramsay is.”

Executive Producer Frank Doelger: “Sansa is no longer going to be a victim. She has become a Stark in her own right.”

Sophie: “She’s back at Winterfell, she’s back at her home. And someone calls her Lady Stark and it just kind of triggers something. Okay, this is my home. This is my playground. And it just gives her a bit of hope and determination that she’s going to reclaim what’s hers.”

“I think beyond the dangling carrot of being the Wardeness of the North, possibly what’s even more important to her is that sense of control of her own destiny, not to be a puppet, not to be a victim.” – Mark Mylod (director of eps 3 & 4)

“She’s not going to accept it anymore, not without fighting for herself a bit. And this is the emergence of the new Sansa.” – Frank Doelger

Some other details covered that may have been missed in the episode include the defacing of the direwolves sigil around Winterfell (in favor of the flayed man) and Theon wearing Robb’s old clothes in the wedding! These small details are what really flesh out the scenes and bring them to life. As Michael McElhatton said:

For more content, including Iwan Rheon on playing the sick and twisted bastard, Ramsay, check out the video here!