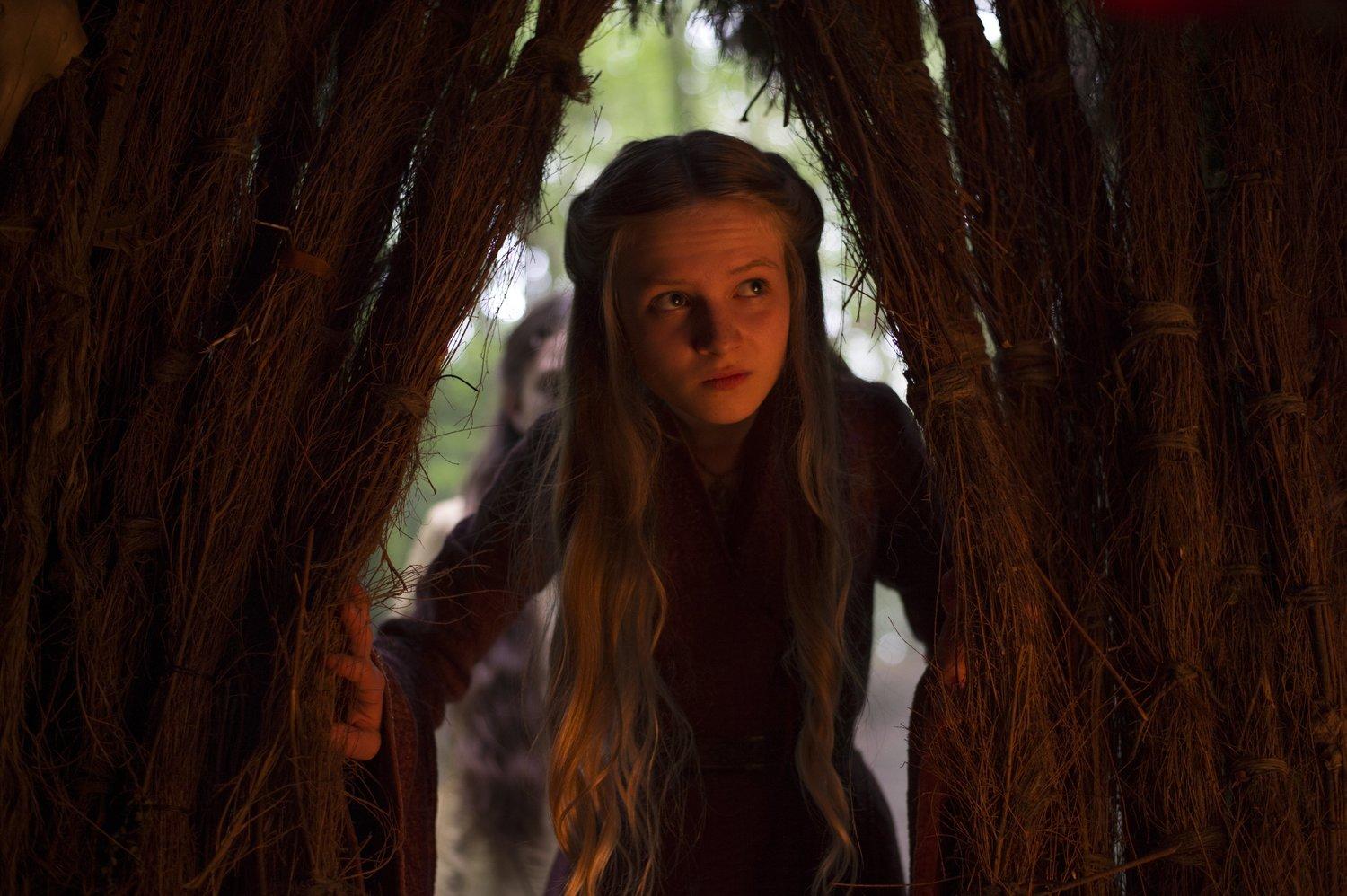 After making a strong impression in Sunday’s season premiere of Game of Thrones, actress Nell Williams is talking to MTV about becoming Cersei Lannister and the behind-the-scenes filming process.

The young actress tells MTV, “I told a few of my friends who have been sworn to secrecy,” about her casting on the show. “I think people at school are going to get a bit of a shock tonight. It’s really, really hush-hush… I had to sign a contract that signed away my rights to the universe about putting any pictures on social media of any costumes, or hair, or literally anything. I couldn’t put it anywhere until tonight.”

Despite the secrecy, Williams’ casting leaked on the internet before the airing of the episode. Back in January, we confirmed her casting as young Cersei based on her agency resume, after her name popped up on IMDB listed in the role. Until her casting in the part, Williams had never seen Game of Thrones, according to her MTV interview.  To prepare for the audition and role, she studied Lena Headey’s portrayal of Cersei and mastered her accent.

“I got the accent quite quickly, but what was quite difficult was finding out what made her her,” Williams tells MTV. “She’s obviously very nasty; extremely nasty. Because I was playing her when she was younger — she couldn’t always be horrible. She could be a bit stuck up when she’s younger, but I think the importance of this scene is making sure the audience knows how she became the person she is. And that was really interesting to do. So I just had to find out as much as I possibly could about her.”

Williams also offers a peek at the process involved in the creating the flashback that opened up season 5. The costume was heavy and not easy to maneuver in. As for the scene’s setting, she says, “There were all these massive lights on because they had to get the lighting right, and there was also a fire in the hut. With all of that and like 30 people in one room trying to film, it got really hot so quickly. So it was boiling, and also really difficult to go to the loo[…]. But it was definitely worth it.”

I’d say it was. Williams was a dead-on little Cersei and with admirable dedication to detail, she has a bright future.

Check out the complete interview at MTV.com.