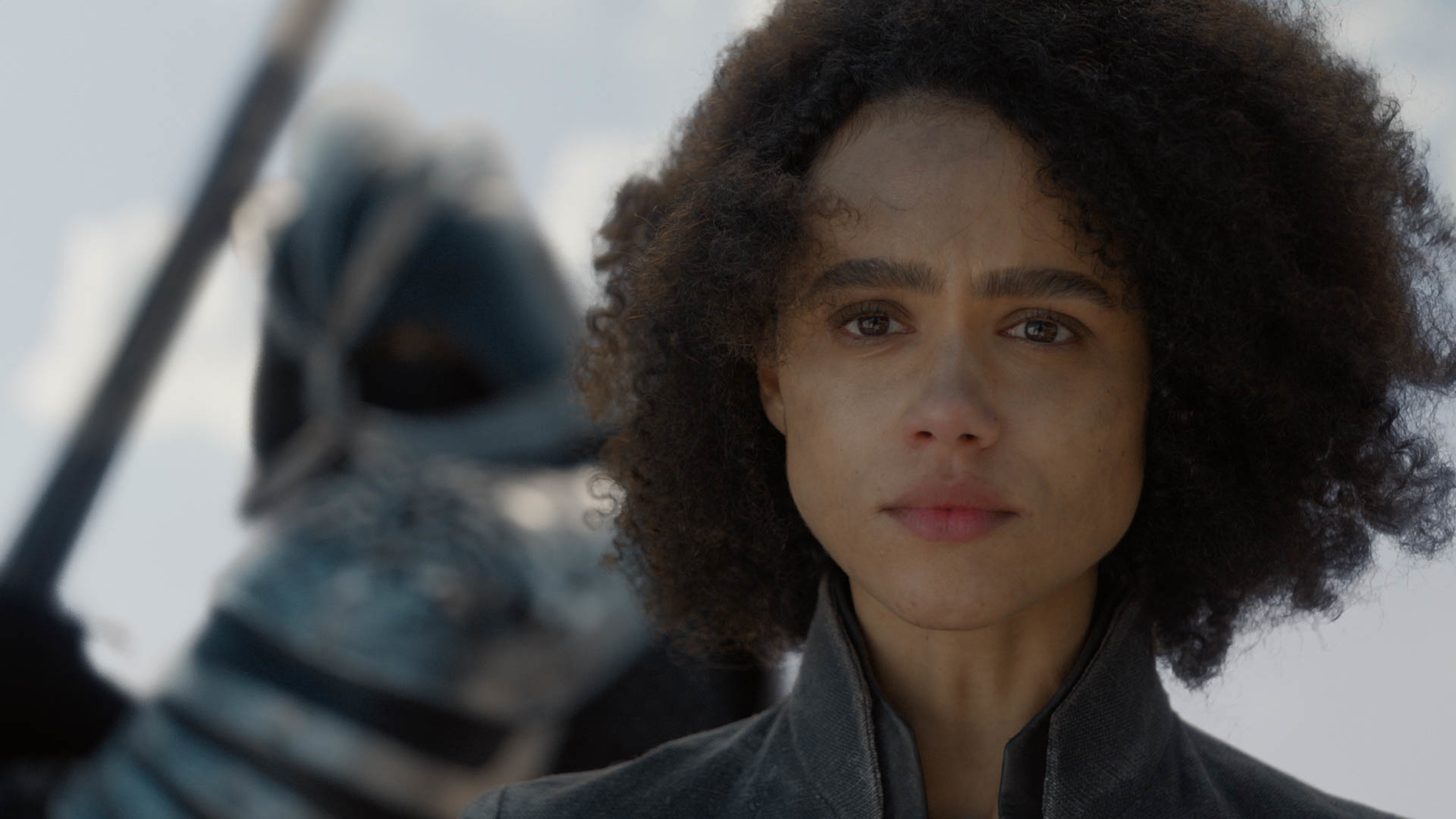 Before discussing the ending proper, Nathalie Emmanuel addresses Missandei’s own ending, which also caused a bit of a stir, especially regarding the optics of this black former slave being executed in chains at the hands of Cersei, in a narrative-motivated move to further isolate Daenerys and motivate her following actions. The actress, however, sees it quite differently, finding agency and power in Missandei’s death:

“This woman survived slavery. She knew that she might go to war and die. And she’s owning it like a badass bitch. And I felt like that’s what I did. I was very proud of it.”

As for the end of Game of Thrones and the reaction to it amongst some corners in the fandom, in particular that infamous petition asking HBO to re-do the ending, Emmanuel is keen to emphasize that “it’s totally fine if you don’t like something”, that it’s “perfectly acceptable.” That petition, however, she appears to find insulting: “What I didn’t like was that people were signing a petition. You can’t ask for receipts on art. You just can’t. The art has been created for you, and you can either choose to like it or not.”

Regarding her personal opinion on the final season and the finale, Emmanuel was “blown away”, as it was “a hard plane to land,” she says. “I don’t think people quite realize the undertaking and the amount of manpower it took to do that.”

In a similar vein to Gemma Whelan’s recent statements, a cast member suspected by some conspiracists to have hated the ending has come out and debunked this notion, which was not so much based on reality as on these fans’ need for validation. The Targaryen crew –especially Emilia Clarke, Nathalie Emmanuel, and Jacob Anderson– were the main focus of this, so it’s nice to see one of them dismiss it so clearly.

On November 25 of last year, Aidan Gillen was awarded with the Bram Stoker Medal of Cultural Achievement by the University Philosophical Society and, as part of the ceremony, he took part in a a long Q&A that’s only been made available recently:

Very much like Emmanuel, Gillen shares his musings on the toxic reaction to the ending by some people, as well as his personal opinion on season eight and the finale:

“There was a lot of flak about the last season of Game of Thrones. I was astounded,” he begins. “The mentality there’s nowadays, when people go on Twitter, and slag the fuck out of everything; I really hate it… It’s a really nasty strain of behavior… For people to turn on the writers of something that people had adored for seven seasons in such a nasty fashion, as they did, I was really taken aback. I really was.”

“I thought that some of the best scenes, the best sequences, of Game of Thrones were in the last season. I don’t have any doubt about that,” Gillen underscores. “They ended it the only way that they could end it; which was strangely reminiscent of how it began: there’s people sitting in this land which seems to have some kind of stability, but there’s also uncertainty and threat, which is, I suppose, what the world is like all the time.”

That’s not to say he doesn’t have suggestions of how it could’ve been better: “There was a part of me that wanted it to end about twenty minutes before it did. It’s just that it was an image that was so fantastic–the dragon flying away, carrying Daenerys Targaryen–that was stunning. I thought the episode before was fucking amazing, too.”