Game of Thrones filming begins in Murlough Bay, and a royal procession moves through Dubrovnik | Watchers on the Wall | A Game of Thrones Community for Breaking News, Casting, and Commentary

Filming for Game of Thrones season 5 has recently moved to a new location in Northern Ireland: Murlough Bay.

The bay is a remote location in northeastern County Antrim, with gorgeous views overlooking various Scottish islands across the North Channel. It was previously used to film scenes in seasons 2 and 3; Theon’s horseback ride with Yara, and Davos’ rescue from being shipwrecked by Salladhor Saan.

Similarly to yesterday’s filming, today’s scenes are once more being shot in the streets surrounding the Jesuit Staircase. Filming there will continue until Wednesday, before moving on to an assortment of streets in the southern part of the Old City.

It looks like today’s scenes again involves a lot of extras, including gold cloaks, Lannister men-at-arms, and members of the Faith Militant.

Seek New Travel also has some pictures and a video of today’s filming. The scene involves the royal procession (the same one as seen in yesterday’s pictures) making its way down the street, with today’s shots focusing on the extras who can be heard taunting and jeering. A large green screen also obscures the area at the top of the Jesuit Staircase. 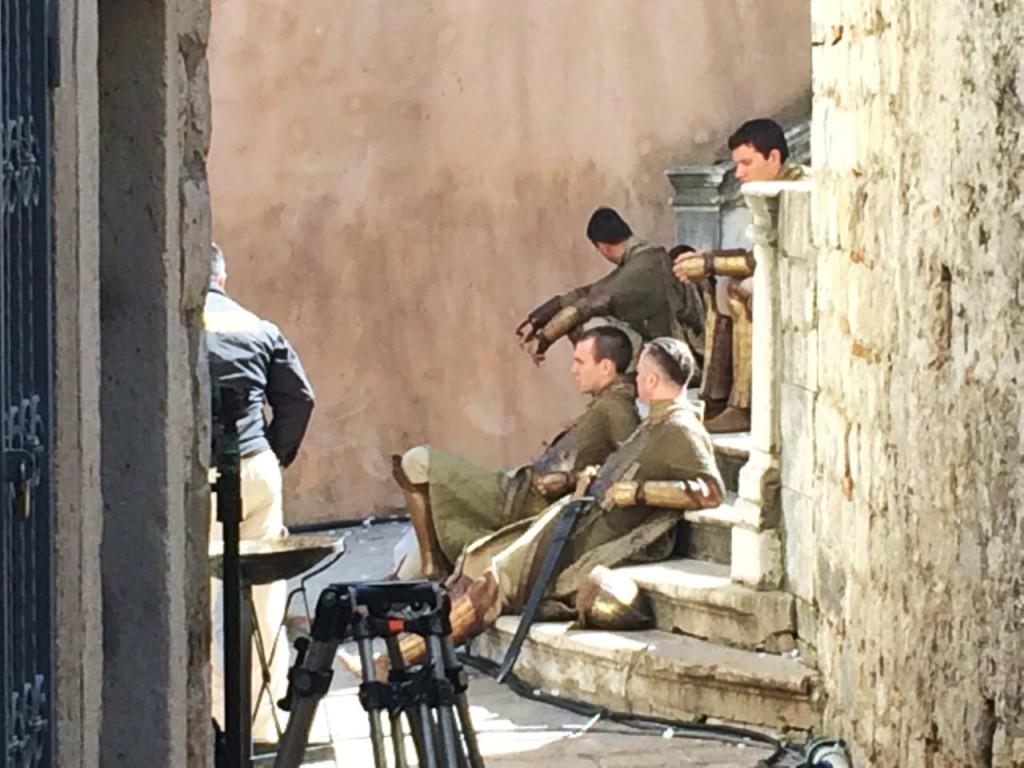 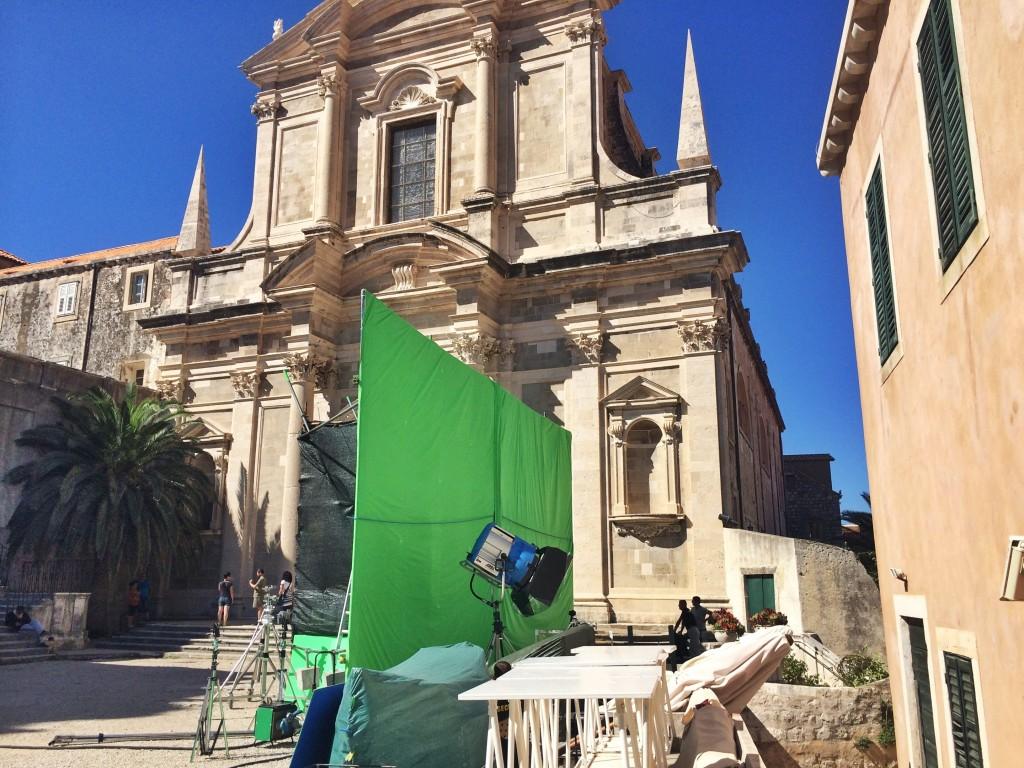 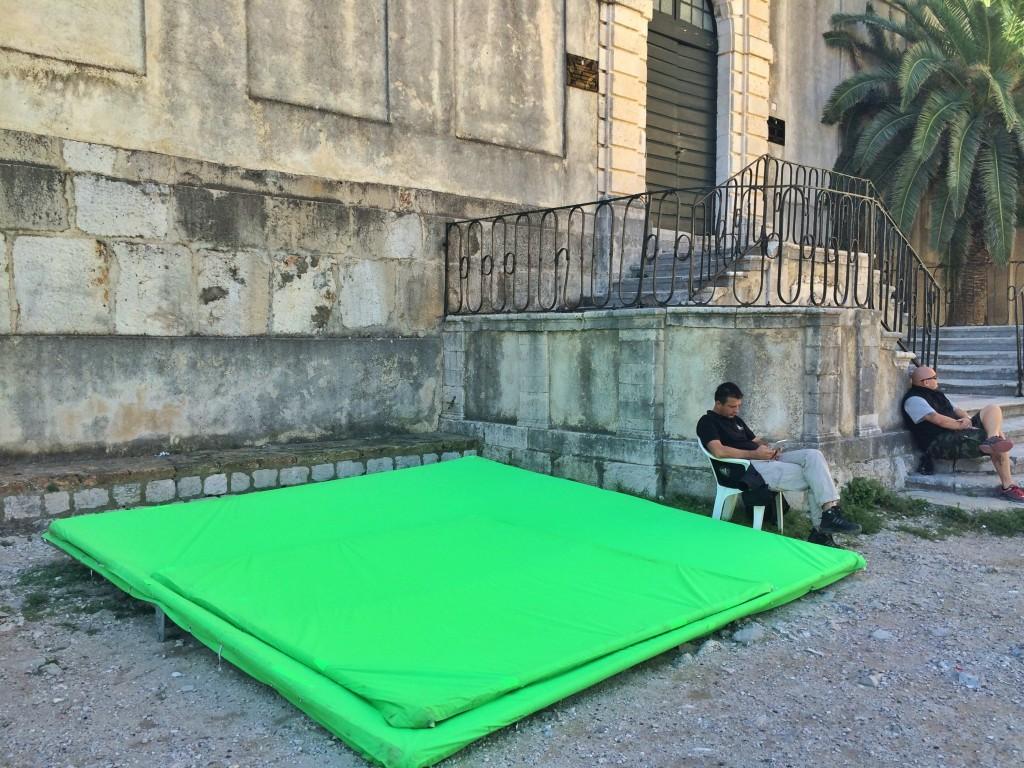 Cian: Those of us who are Sullied… I think we know where we want the bay to represent, but unfortunately nothing has been confirmed yet. On the Dubrovnik side of things, what do we think? The procession of litters would seem to rule the Walk out. That leaves a certain funeral and a certain wedding.