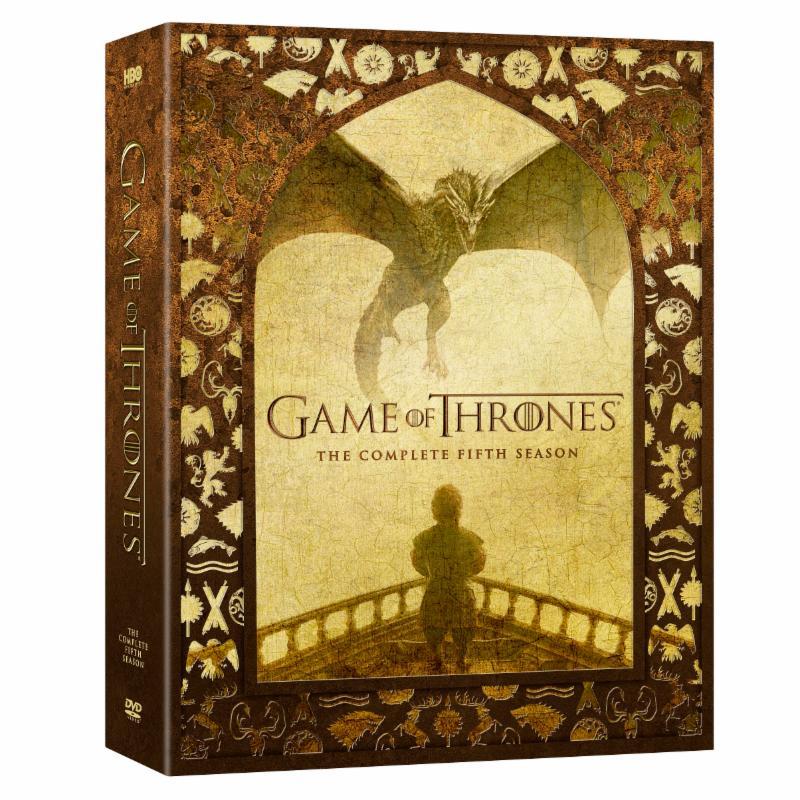 Some initial release information for the Game of Thrones season 5 DVD and Blu-ray box sets was announced back in July 2015. Thanks to a press release from HBO, in addition to the release dates we had for both physical sets, we now have more detailed information on their contents.

The DVD set will include the following:

The Blu-ray set will include everything from the DVD set, a digital copy, as well as the following exclusive extras: