Michelle MacLaren looks back on directing Game of Thrones as a "giant feature" | Watchers on the Wall | A Game of Thrones Community for Breaking News, Casting, and Commentary 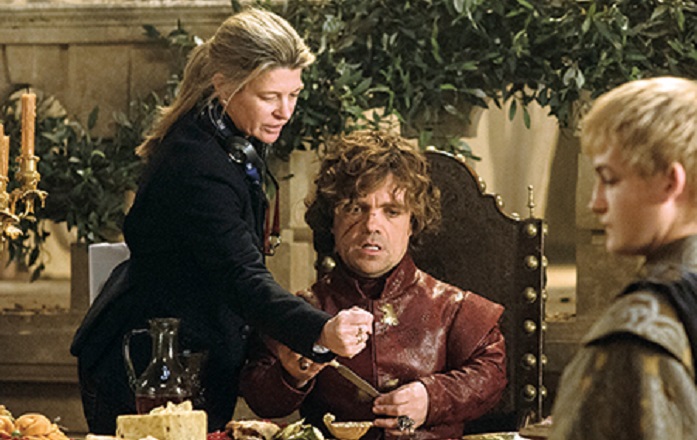 When the directorial lineup for the final Game of Thrones was officially announced, we all rejoiced in David Nutter’s and Miguel Sapochnik’s return. Still, the news also carried a bitter finality to them, as other old favorites would never be able to return to Westeros — and there is one who will probably be missed most of all: Michelle MacLaren, director of “The Bear and the Maiden Fair”, “Second Sons”, “Oathkeeper” and “First of His Name”. In a new interview about her new project The Deuce, the acomplished director also reminisces on the experience of directing these episodes on seasons three and four.

“[In The Deuce], every sign is real, every poster is real, every costume and car – we try to make it as authentic as possible,” MacLaren tells Assignment X regarding the differences of filming this new show set in 1970’s New York City compared to the made-up world of Westeros. “When you’re doing Game of Thrones, there’s a fantastical element to it, so we can create weapons that never existed, we can create wardrobe that never existed.”

Game of Thrones is not a different kind of show just because of the setting but the scope as well, which requires the directors to move from location to location all over the world: “They cross-board all ten episodes,” MacLaren explains. “So there’s one one-liner, and there are two crews, and a director and their DP [director of photography] and their first AD [assistant director] and their second AD move from crew to crew and location to location, depending on where and what they’re shooting. The directors shoot all of their own episodes … And so it’s a giant feature that is cross-boarded. So it’s not block-shot, it’s cross-boarding … There’s always a crew in Northern Ireland, and then at some point in the season, one of the crews go to the different location, and the actors and the director and their team fly in and out as the schedule needs them for their particular episodes. So I would be shooting in Northern Ireland, then I would fly to Iceland, or Morocco, wherever the crew is at that time, to shoot the scenes for my episode.” 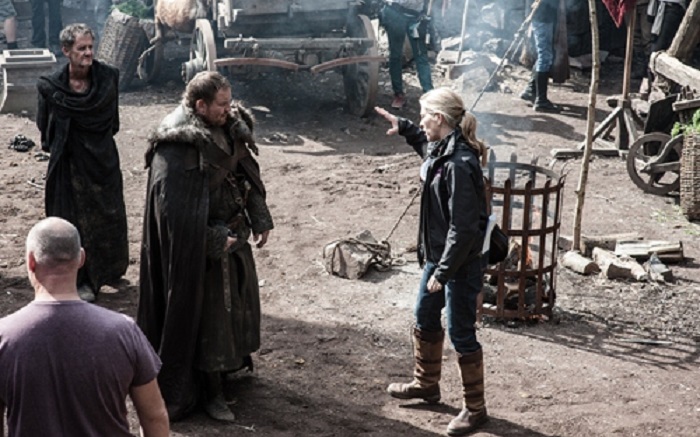 “Whatever it is you’re filming, you need to be present,” asserts MacLaren, minimizing the thrills of directing such a beloved story. “You’re always racing against time … I also think the most creative moments can come out of being present and also just out of necessity … You can’t be thinking about who’s going to watch this, and how many people are going to watch this. You’ve got to be thinking about, ‘How do I make this the best scene possible, the best shot possible, in this moment, to tell the story I want to tell?'”

It’s difficult to complain about Nutter and Sapochnik returning for a last hurrah, or the showrunners deciding to direct the series finale, yet at the same time I cannot help but lament that this means we’ll see no more direction from such an accomplished woman. Incidentally, MacLaren is the only woman who has ever directed Game of Thrones. And please, may I preempt the tired retorts of “they’re just hiring the best person for the job”: the final tally is 69 out of 73 episodes being directed by men (and written, too; Vanessa Taylor wrote three episodes, and Jane Espenson one.) If any of you truly believe those figures reflect the “best person for the job” being hired, maybe the issue isn’t the women’s abilities but a skewed perception of them; yes, even considering there are fewer women directors and writers … And why may that be, I wonder? Such a mystery.