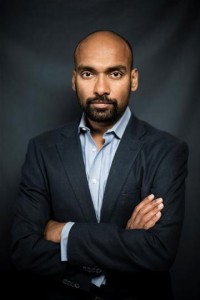 There’s one name we can check off the list of new Game of Thrones characters leaked in July.

According to his CV, Gary Pillai will be taking on the role of the merchant captain.

The original casting writeup for the Merchant Captain mentioned he would be appearing for two episodes in a small role, and interacting with main cast. We understand that Pillai has been filming recently, which makes his captain most likely the one rumored to be smuggling some notable characters into a dangerous region.

Spoilers below the cut

As the actor’s CV notes, he’s being directed by Mark Mylod, who is handling episodes 3 and 4 of the new season. Given the sea- and boat-related scenes being filmed at the moment, it’s no surprise there would be a ship’s captain on hand to bring Jaime and Bronn into Dorne. After all, they didn’t row all the way there. (Make your own Gendry joke.)

Sue the Fury: Nice to see all the parts filling out! The beach shoot is helping uncover lots of info this week.