Mark Gatiss confirms he won't be in season 6; plus, a casting update! | Watchers on the Wall | A Game of Thrones Community for Breaking News, Casting, and Commentary 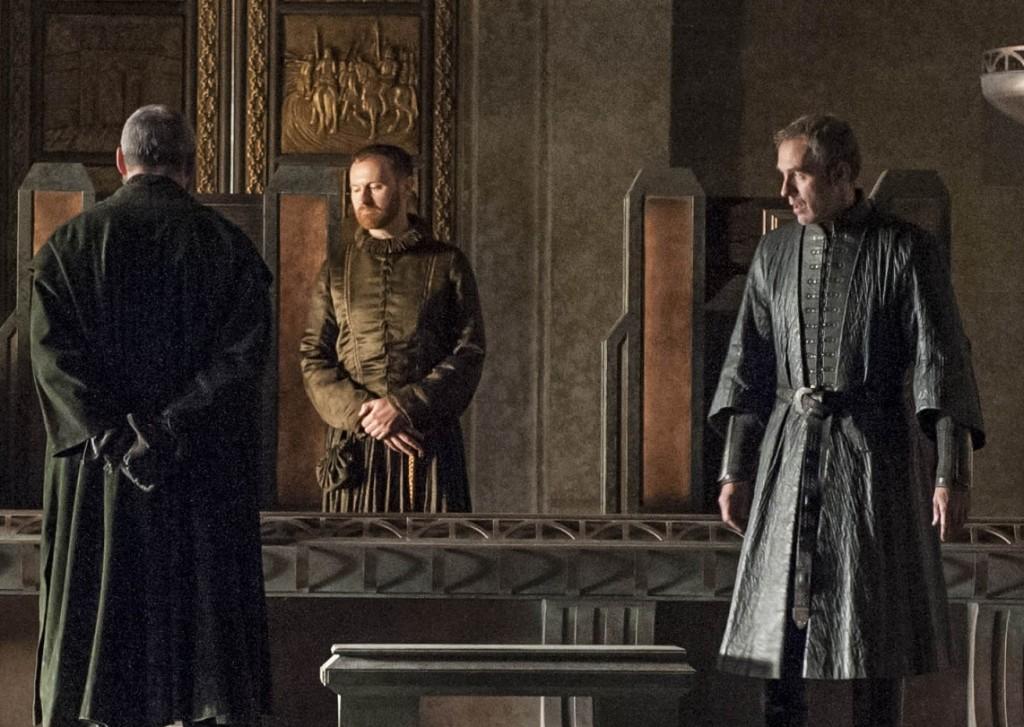 In Season 4’s “The Laws of Gods and Men”

Game of Thrones guest star Mark Gatiss talks to Entertainment Weekly this week in a new interview about the possibility of his return as Tycho Nestoris, the Iron Banker. The British actor has popped up in two episodes, one each in the past two seasons, and was last seen suffering Mace Tyrell’s singing in Braavos. He now confirms that he will not appear in season 6.

As for the future?

“I have hopes,” Gatiss tells EW. “I had dinner with Dan [Weiss] and David [Benioff] when we were in Croatia filming last year and I made what I thought was a very cogent pitch to be the last character alive in the whole saga. There should be a crane shot, everybody’s dead except me. Because, clearly, the only person who can survive is the bank.”

The showrunners greeted his suggestion with a smile, and according to Gatiss, “[P]robably made a note to organize my imminent death.”

With Stannis’s disastrous end, there is the question of the outstanding loan from the Iron Bank of Braavos, who always collect. Davos made the pitch, and he’s still alive. Will Tycho and the Iron Bank eventually come calling? Or with Stannis’s death, will the show consider that matter settled?

We have a casting update today, thanks to info from WotW reader John. There will be spoilers with speculation beyond this point! 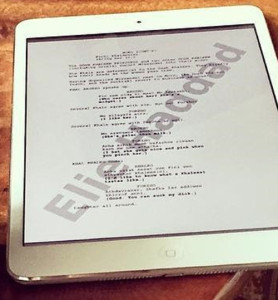 Back in October, we reported that Maltese actor Andrei Claude was joining the cast of Game of Thrones in season 6 in an unknown Dothraki role. In early November, we learned that he was filming in Belfast, along with several other new Dothraki actors, and that there was an an alarming incident involving fire on the set.

Around the same time, a fragment of a season 6 script leaked online after we discovered a photograph of it posted on Instagram by actor Elie Haddad. In the script, a group of Dothraki men appear to joke crudely about Daenerys. Some of the dialogue and names were very difficult to read, however.

A reader tipped us off that Claude’s Spotlight CV has been updated to include his role – he’ll be playing a character named Khal Rhalko. Daniel Sackheim, who is helming episodes 3 and 4 of the new season, is listed as his director. Sackheim was present during Dothraki shooting in Almería, Spain.

Looking back now at the leaked script portion, we can see that it says “Rhalko” above the line of dialogue, “I’d like to know what a Khaleesi tastes like.”

During the incident in November, our sources told us Claude caught on fire during the filming of a scene. Luckily, he wasn’t hurt due to the quick-acting GoT team. We’re wondering if Daenerys uses a little firepower to take care of a dangerous situation immediately after this page we’re seeing here. We do know from older spoilers from filming in Almería that there will be burning. It’s just the exact circumstances that are still up in the air and the question of how many characters will be involved.