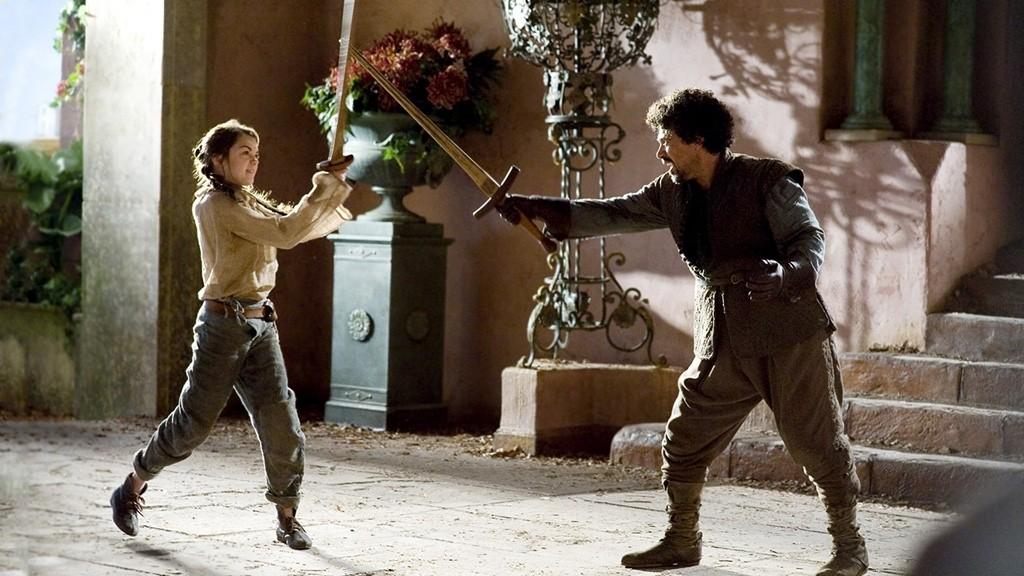 Game of Thrones is notable for its brutal killing of characters so when one is killed off screen, fans often theorize ways they survived [i.e. Stannis]. Now that Arya has made her way all the way to the Free City of Braavos, Maisie Williams reflects on the first man that inspired her to travel there. With IGN, Williams puts an end to all the Syrio Forel theories.

I always was like, ‘Oh, no, I feel like he’s still alive.’ I always had my own theory that he and Jaqen were the same person. 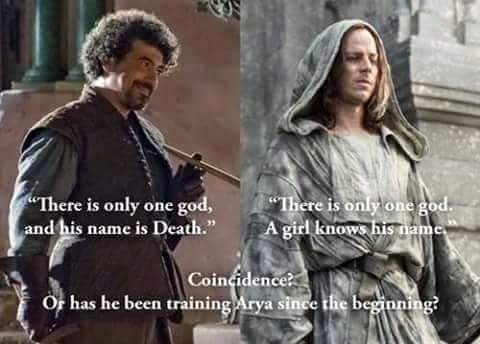 A popular theory among GOT message boards. Source: neoGAF.com

Assuming Syrio had the abilities of the Faceless Men, this could’ve been so. However, when she brought her theory to Game of Thrones showrunners David Benioff and DB Weiss, they told her simply:

Bummer. The similarities must be purely Braavosi and a shared dialect. Williams shared the same reaction and joked she could still dream, even noting his fate may be different in George R.R. Martin’s A Song of Ice and Fire series.

Did this crush your theories or are you still holding out for a Syrio/Jaqen reveal in the books? Let us know below!