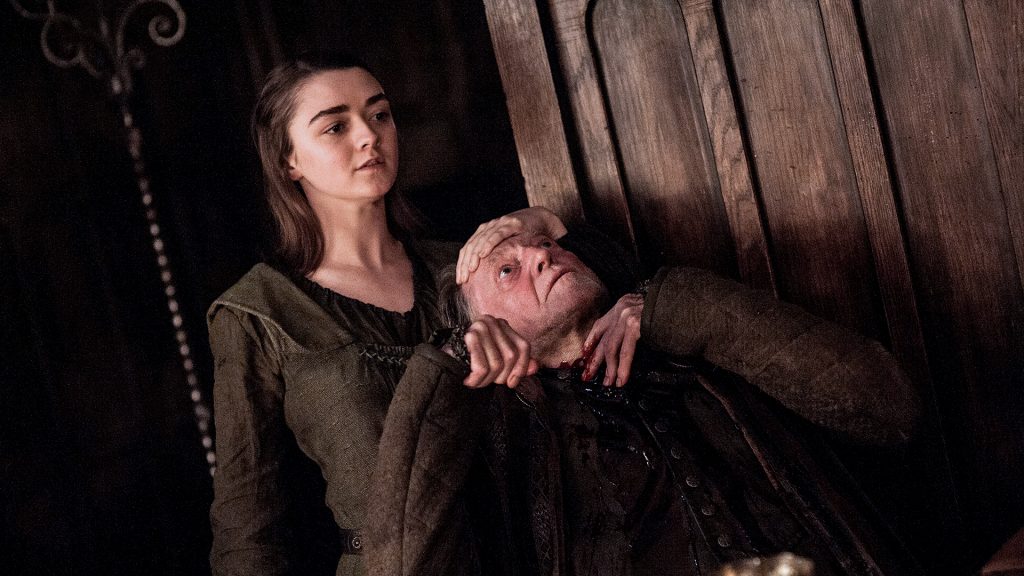 Maisie Williams appeared on The Radio 1 Breakfast Show with Nick Grimshaw to discuss her new Netflix series, iBoy, and the future of Game of Thrones. Though Williams didn’t dish out any plot details, there were some implicit spoilers in what she did say. So, continue reading at your own discretion.

After Williams and Grimshaw chatted about iBoy, Williams’ friendship with Sophie Turner and the life lessons of one who went through adolescence in the spotlight, the conversation turned to Game of Thrones (around 2:14:00). Williams spoke highly of the upcoming season. “It’s so exciting,” she said. “Particularly the end of this series … it’s  just a great finale.”

According to Williams, the writers tend to keep their plans for characters close to their chests and, in lieu of answers, the cast members enjoy speculating amongst themselves (almost) as much as the fans do.

“We go out for drinks and stuff and we just end up talking about the show and then, because we’re a season ahead we have to really watch what we’re saying because you don’t know who’s listening to your conversation,” she said.

Williams also casually mentioned that she hasn’t received the scripts for season 8 yet, which is significant as it implies that she expects to receive them at some point … indicating that Arya survives season 7.

This isn’t entirely shocking. As much as Game of Thrones loves to break our hearts, Arya is one of the few characters generally expected to make it to the final season. Nonetheless, it should hearten Arya fans to know that their fave will be around for at least one more full season.