From the Maester's Desk: A Flayed Man Holds No Secrets | Watchers on the Wall | A Game of Thrones Community for Breaking News, Casting, and Commentary 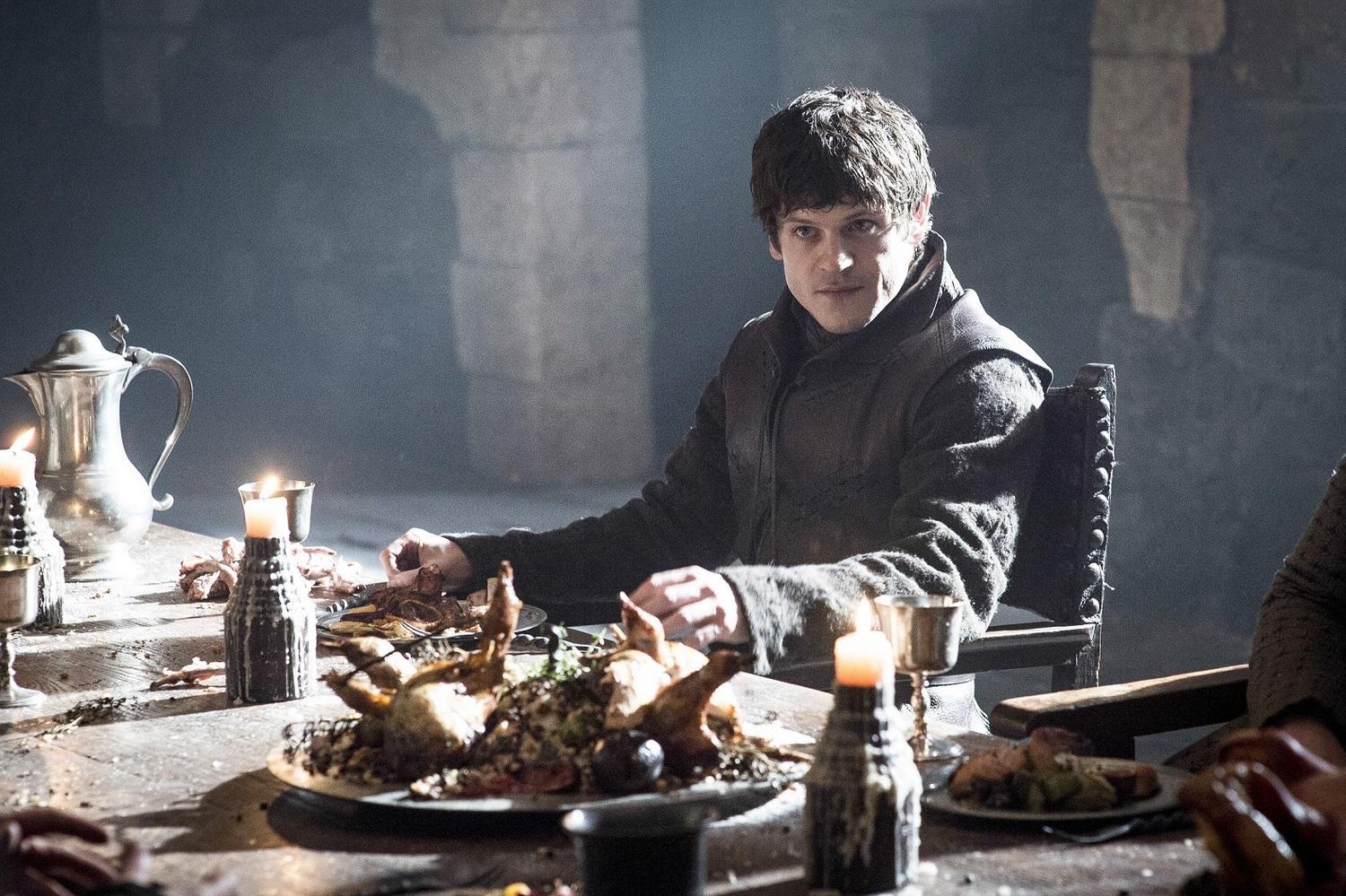 This isn’t happening to you for a reason. Well, one reason: I enjoy it!

Ramsay Bolton (formerly Snow) was for sure a villain we all loved to hate. Much as certain characters like to remind us how much of an unpleasant person Joffrey was, the boy king didn’t hold a candle to the bastard of the North.

Technically, he made his entrance at the end of Season 2, besieging the Ironborn-held castle of Winterfell, but budget and time constraints prevented him from making a proper appearance, leading to much confusion when we were shown a sacked and burnt castle and no real indication of what happened to the Ironborn who betrayed Theon.

The book version of the character does show up in the second book, A Clash of Kings, but under the guise of Reek. He plays Theon like a fiddle and poses as his servant and advisor, until he finally drops the facade (after slaying Ser Rodrik Cassel, who was the one besieging the castle) and takes Theon prisoner. Then Winterfell is torched, and its people (along with the Ironborn) are killed.

From that moment, Ramsay and Theon vanish from the novels until A Dance with Dragons, but both characters didn’t take a break from the show, returning in the third season. Ramsay is introduced simply as “Boy”, keeping his real identity concealed until the season finale (“Mhysa”).

Throughout Season 3, Ramsay takes on a “Reek”-like persona, pretending he’s an ironborn emissary sent there to help Theon escape the Dreadfort. It’s all mind games for Ramsay’s amusement, of course, and when the metaphorical mask comes off, he starts to do his thing with gusto: torturing Theon in a variety of ways and culminating with a very literal emasculation. 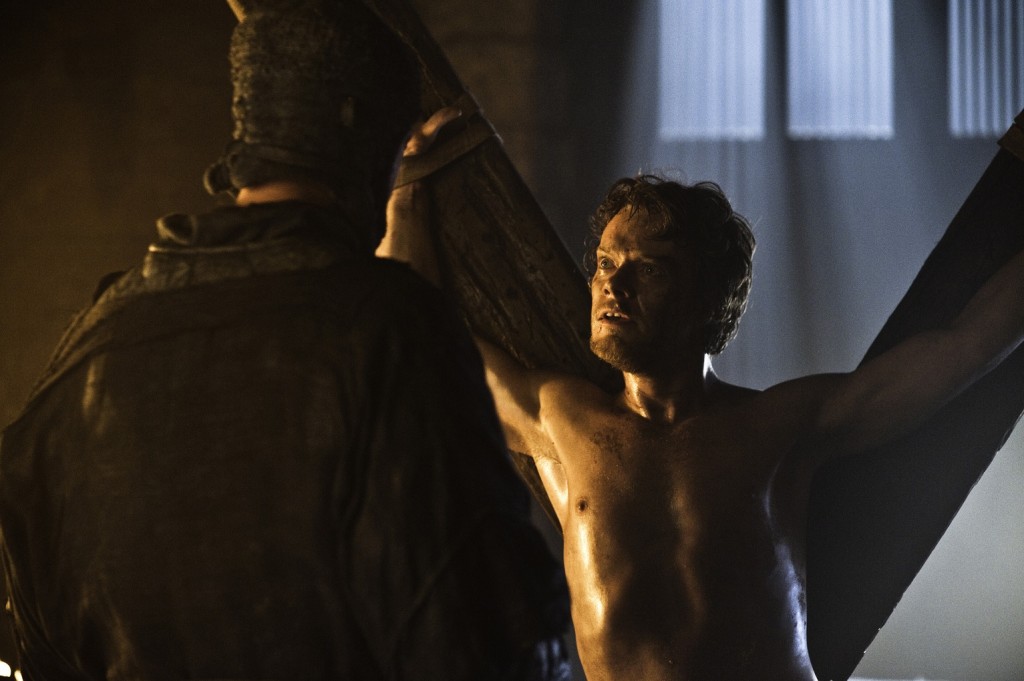 But before this article turns into a recap of sorts, I’d like to talk about some of the fundamental differences between both versions of the character. There are some in terms of story to be sure, but also in regards to the physical appearance and personality.

The same way Roose’s eccentricity was toned down for the show, Ramsay traded his fancy pink-and-red silk clothes for a black leather jerkin. Now, I’m not a member of the fashion police, but I feel the gaudy garments wouldn’t have worked all too well in the adaptation. It’s a similar situation to Daario’s blue beard and gold-tipped mustache: I think it would’ve been too distracting, to the point of looking downright silly.

Martin also describes him as a pudgy individual who’s on his way to become fat. Rheon’s version is far more athletic in comparison, as we could see in the infamous moment when he and his dogs made Yara and the Ironborn run away. The change makes sense, considering his love for hunting people for sport with said dogs, chasing unfortunate “prey” through the woods. He should look fit and not like someone who’d experience shortness of breath while running.

In terms of character, we can all agree the tv version kept the character’s sadistic impulses and glee for hurting other people through torture and/or manipulation. He’s not a muffin, that’s for certain.

Whereas the book version is said to be undisciplined and never taught at arms, using his sword like a butcher’s cleaver, in the show he’s portrayed as a capable commander, essentially winning two major battles – against Stannis and Jon Snow. Were it not for Sansa and the aid from the Knights of the Vale, the Battle of the Bastards would’ve had a different outcome. He was also shown as capable of wielding swords and using bow and arrow with great accuracy (sadly for Rickon). 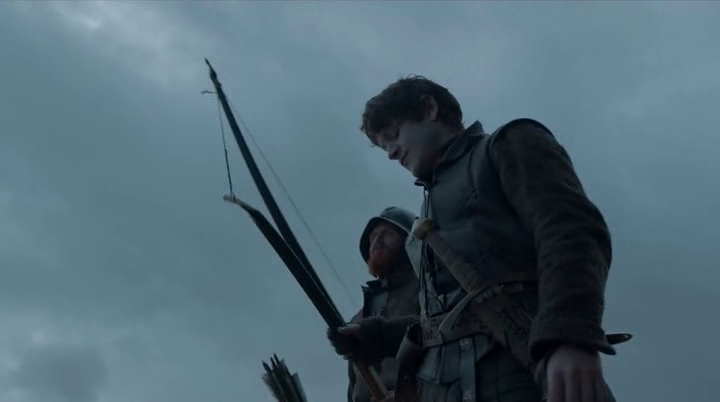 The necessary streamlining of the story in the adaptation proved to be a double-edged sword in Season 5. I’m not too eager to delve into that particular controversy, but to dance around it and pretend it doesn’t exist would be a disservice to the article. So, onwards to address the elephant in the room:

I’ll just say that I understand the reasoning behind it, since Sansa took on the role of Jeyne Poole (a “fake Arya” in the books, so to speak) and Ramsay wouldn’t want to waste time to “consummate” his union with her. Was it necessary, however? I think some other options could’ve been explored, or the scene itself could’ve handled in a different way: an earlier fade to black when either Sansa or Theon realizes what’s about to happen, maybe. The implication is clear enough to be disturbing without going the whole nine yards.

What’s done is done, nonetheless, and fortunately the screenwriters have avoided similar controversies. I very much prefer (much as it tends to annoy me, I have to admit) to see polemic regarding traveling times or whether wights can swim or not.

Season 6 was the final one for Ramsay, and one that saw his personal pile of corpses rise ever higher. After dispatching his own father and stepmother (and his poor newborn brother too), Osha and Rickon fell at his hands, courtesy of the traitorous new lord Smalljon Umber.

I must say I was disappointed with the way Osha exited the screen adaptation. It was a rather short scene, and considerably lacking in suspense, almost feeling like an afterthought or a “let’s just get this over with” ticking of the box so we could move on. I’m of the opinion that most characters, even minor ones, have been given memorable or at least exciting enough demises. Even memes are born from some of them, like in the case of Tommen Baratheon.

Osha didn’t have such luck, a fate she shares with The Waif (whose off-screen death didn’t work the same as with Stannis, in my opinion), but I’m starting to digress. 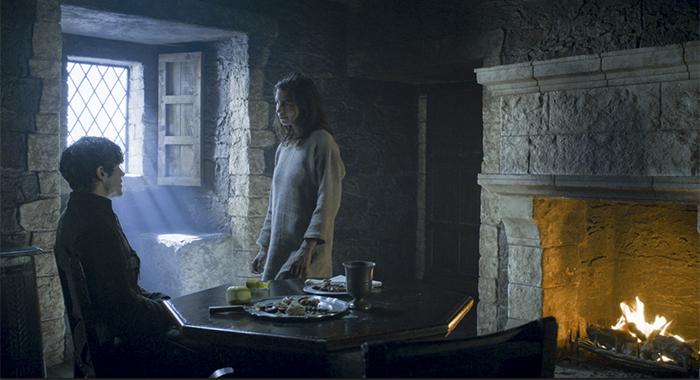 There can be no more guessing in regards to Ramsay’s future in the show. He’s dead and gone for good, as opposed to his book counterpart.

A Dance with Dragons left us in suspense, and we don’t know the results of the battle between Stannis’ forces and the Boltons’. I’m of the opinion that Stannis lost, not just because that’s the route the show took, but rather because I think Jon is in a way destined to either face off against his polar opposite (when it comes to northern “bastards”) or to avenge Robb.

Had Stannis won the fight, and liberated the North by himself, it would feel anticlimactic in a way, especially if we consider it was Ramsay’s letter what ended up triggering the mutiny at Castle Black.

I’m less certain about Roose’s fate. I doubt his bastard son will be the one who kills him.

The show surely went that way for reasons of simplification, positioning Ramsay as the sole antagonist, which works better than having two different baddies sharing the spotlight.

That’s not to mention how much more complicated the Winterfell scenario is in the books, with all the northern bannermen around (some of them already paranoid because of some mysterious deaths happening in the castle). Roose also seems to be aware that Ramsay would be more than willing to off any true-born Bolton born of Walda Frey, so he (most likely) can’t be surprised with his guard down.

The Bolton patriarch, despite his “peaceful land, quiet people” rule, has some serious reputation as someone who you don’t mess around with. Several POV characters think of him as an unfeeling, cunning, intimidating presence, way more malevolent than Vargo Hoat, but without all the theatrics. Ramsay, on the other hand, despite being feared because of his violent antics, is generally being frowned upon by everyone, and if I had to bet, I think his “mad dog”, unruly behavior will take him to an early grave, leaving Roose as the “final boss”. 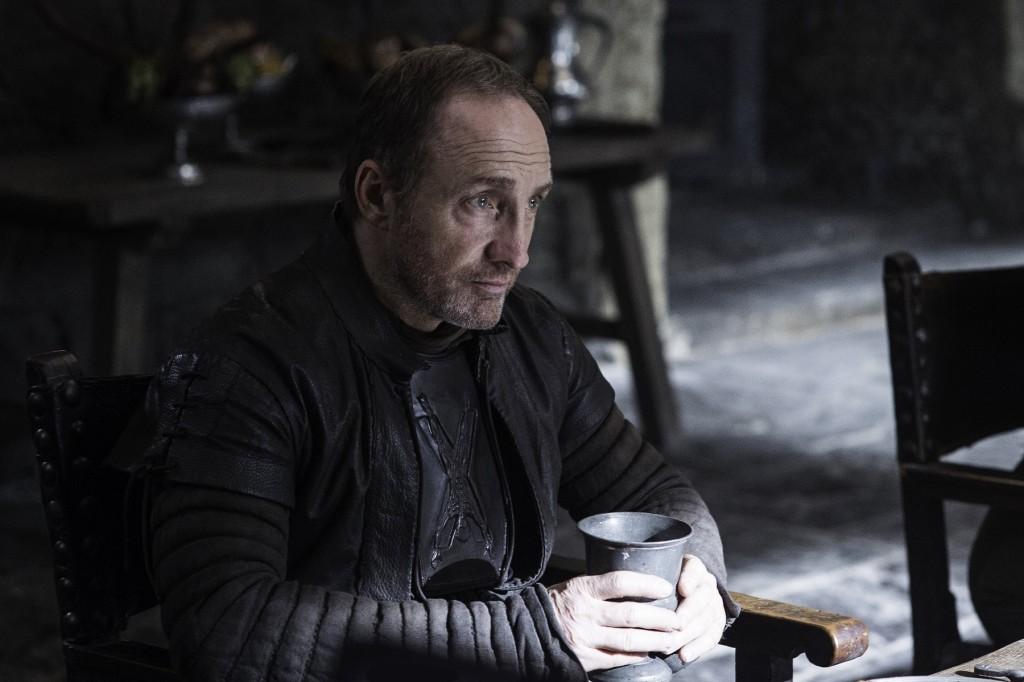 Appearances can be deceiving, however. And having a fearsome reputation doesn’t amount to much in Martin’s world, as we saw with Tywin Lannister, who was caught with his pants down and died in the privy.

Since Littlefinger and Sansa have nothing to do with the Boltons in the books, I don’t see the Knights of the Vale pulling a last minute intervention. That is, unless Sansa hears of the situation in the North and is able to act from where she’s currently in.

The battle was always going to play out differently, regardless, since Davos, Osha and Rickon are in entirely different places and their paths are unlikely to intersect with Jon’s or Ramsay’s anytime soon. Also, the Smalljon Umber died at the Red Wedding, so he’s not fighting any more battles (and it’s doubtful he would turn on the Starks, anyway).

In the screen adaptation it was only fair that Sansa would carry out Ramsay’s execution, but I don’t think Jeyne Poole will get to do it in the novels. The Bolton bastard will probably die in similar fashion, though. If not eaten by his own hounds, then in some other messy way. But if it’s Jon who kills him in the end, I can see him going the clean, Ned-style way: a chopping block and a swing of the sword.

Despite being considered a one-note character (and it’s easy to see why), I’d say Iwan Rheon provided Ramsay with a surprising amount of depth and emotion. Some of the scenes he shared with Alfie Allen were really riveting, and I’m somewhat shocked neither of them ever made it to the Emmys. Alfie still has a chance for the final season, but Rheon’s time is up.

The character wasn’t deserving of any sympathy and his death, unlike the case of many other characters (Hodor comes to mind), was satisfactory and deserved. A brilliant performance, to say the least, and a haunting presence in both show and books.