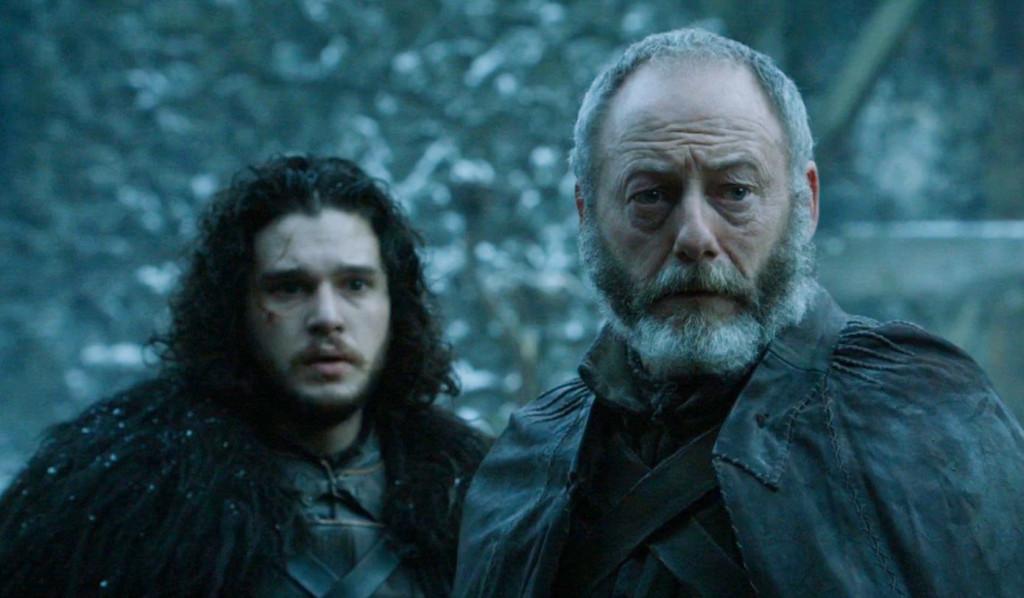 In several new interviews around the web, Liam Cunningham has been dropping hints about his role in the newest season of Game of Thrones. He says not only will his role be larger but he may have an unlikely ally as well. He also talks Jon Snow and warns to expect several deaths when the new season airs.

Although HBO is keeping Season 6 under lock and key until it premieres in April, out on the deep seas of the internet an Onion Knight is whispering secrets.

In a recent interview with The Wall Street Journal, Cunningham says to expect ‘big’ moments next season:

Listen, there are going to be many, and they’re from the get-go, I guarantee it. You’re going to have at least one rather very large one in [episode] 1, but that’s all I’m going to tell you.

Pretty much all signs (especially that last moment in the trailer) point to Davos having a connection to Jon Snow and his resurrection that is definitely not happening. 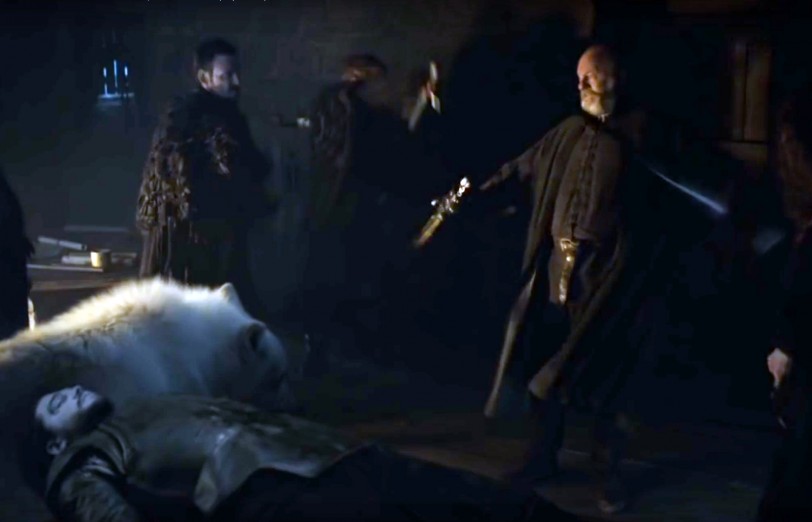 He also touches on an alliance with the fiery priestess Melisandre:

They’re brought together by circumstance even though they’re enemies,

And elaborates on their connection to Jon Snow with TV Line:

First of all, they are very, very strange bedfellows, as they say, but they are in a very weird situation. For two people who have an abhorrent dislike of each other, they’re both in the same boat. We both lost Stannis. We both lost our reason for being in the show. Also, both of us have found ourselves leaning towards Jon Snow. She has seen something in the flames about this dude. I have found, while talking with Stannis to Jon, that this guy is a fellow traveler. He’s the real deal. He’s a good guy. He’s definitely got leadership qualities, and he has a heroic and charismatic quality to him. Davos will obviously be drawn to that kind of character. Davos isn’t a leader.

On that huge battle sequence teased in the trailer:

There is an enormous… There is a section as the season progresses that we haven’t tackled before, size-wise. It’s incredibly cinematic. It took an incredibly long time to shoot… I probably shouldn’t be telling you this: It’s going to blow out of the water what has happened in the previous seasons combined.

The whole of Season 6, Cunningham states, is “different” than the previous seasons.

When I was reading these scripts, there’s a certain kind of bizarre new philosophy to what they’re doing. It’s different this year. There’s some very different stuff. There’s quite a few new people. There’s quite a few people going this year — as there is every year, to be fair. I’m not speaking out of shop when I say that. But I was astonished at the numbers. [Laughs] …It’s one of the things that makes the show so interesting: the fact that nobody’s safe. Anybody can go at any time.

With the jaw dropping new trailer breaking view records and the cast whetting our appetites so, it seems the new season may very well just be the best yet. What are your thoughts? Let us know below!