Lena Headey and more discuss Cersei's Walk and Myrcella in the Game of Thrones season finale | Watchers on the Wall | A Game of Thrones Community for Breaking News, Casting, and Commentary 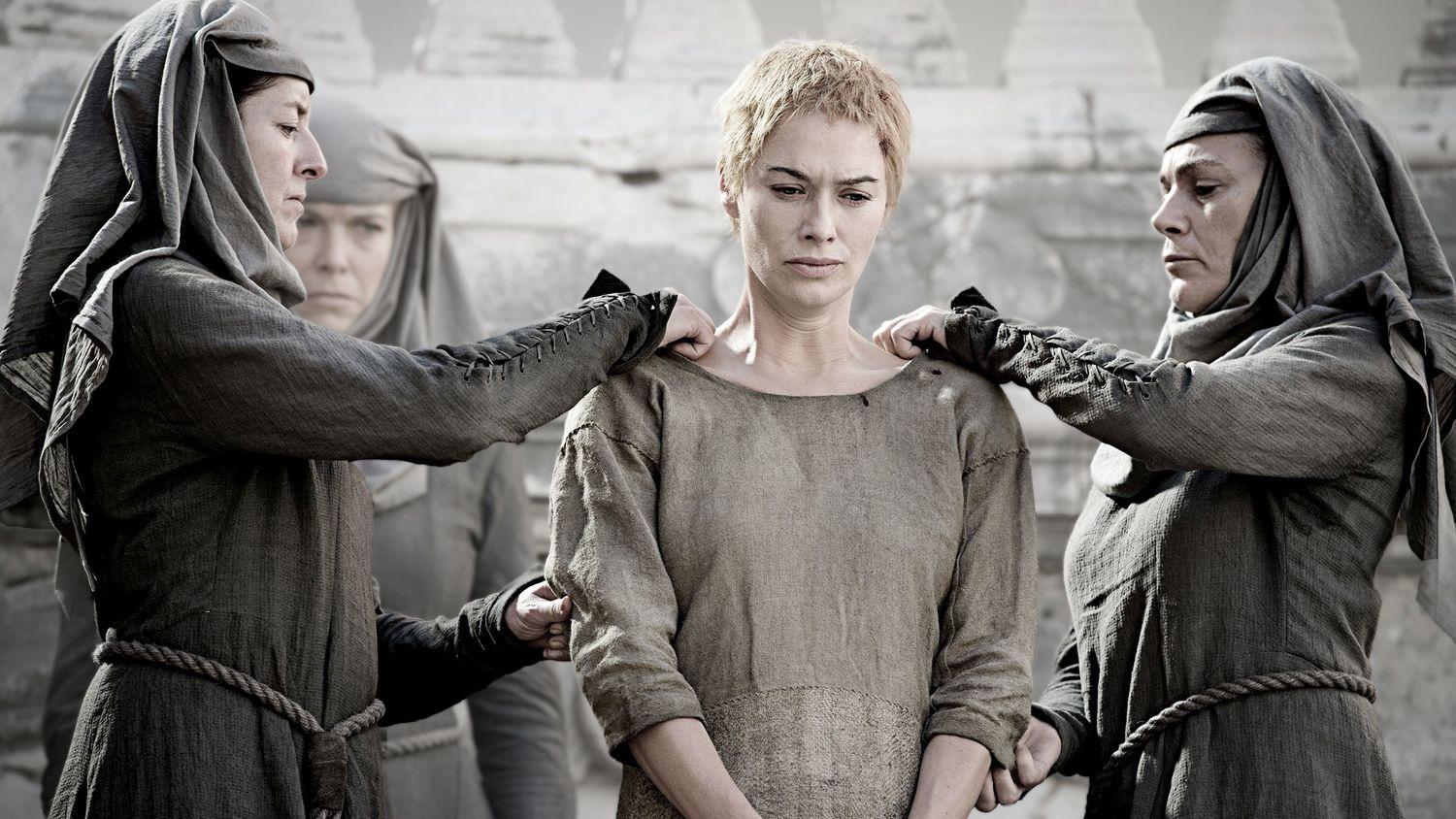 One of the major moments in this Sunday’s season finale of Game of Thrones was Cersei being subjected to a public walk of atonement. Lena Headey, David Benioff, D.B. Weiss, and David Nutter talk about the dramatic event in several interviews. The show writers also address the surprising death of Cersei’s daughter Myrcella.

“I don’t think anyone deserves that treatment,” Lena Headey tells EW, discussing her character’s public torment. “She’s been beaten and starved and humiliated. She thinks when she comes out and confesses that this is it—even when she’s on her knees [confessing to the High Sparrow], she’s partly lying. She thinks she’s good to go. She has no idea what’s coming when she walks out to the steps, or that they’re going to shave her hair off like Aslan,” referencing The Lion, The Witch and the Wardrobe.

The haircut made a significant difference for Headey. She says in Vulture of her usual Cersei hairstyle, “If I put the wig on, that’s massive. That’s an immediate feeling. It’s really important. What was slightly daunting was what was going to be taken away. It can change how you feel, but it can’t change how she is.”

Director David Nutter says in the Hollywood Reporter that the Walk is the scene he was most worried about getting right in the finale. He says:

I wanted to get a sense of being with her as much as possible and you go through this walk with her. The extras in Dubrovnik were incredible with their responses and reactions to her. They reacted to her as the queen going into Flea Bottom, the worst part of town. This is a slum she created. Lena went on an emotional journey through it. It was a situation in which you really felt like she was in excruciating physical and emotional turmoil and pain. I felt a little bit sorry for her, which is what I was going after.

Watching this scene flips it all because she’s being so horrifically abused you start to feel for her. It’s almost impossible not to feel for her because she’s a human and being tormented. So what we hope is, by the last shot, is you’re almost rooting for her, in a way, and hope she gets her revenge on those who have mistreated her. That’s what it felt like to me when The Mountain picks her up and you see that glint in her eye.

Cersei is a much trickier character she’s got more fury in her than Jaime. She’s a complicated woman. But I never saw her as a villain so much as somebody who’s just neurotically protective of her children and somebody who’s been just so abused in her relationships with men—whether it’s her father or her husband. She’s someone who’s furious at the role she’s forced to play and has a lot of anger.” 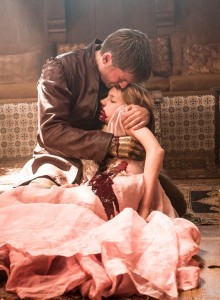 Cersei’s strong feelings about her children will remain a focal point no doubt in season 6, given the events of the finale with Myrcella dying in Jaime’s arms just as the duo were sailing away from Dorne.

“It’s an act of war by the person who perpetrated it,” he says. “But I don’t think Cersei is going to be particularly interested in whose fault it was that this happened to her daughter—it happened in Dorne. She might be in a more bellicose frame of mind than usual when she finds out.”

Not only will Cersei be furious with the Dornish, but also Tyrion once again. Benioff adds, “In her mind, Myrcella was taken away from her by Tyrion; she still blames him for Joffrey’s death, and he is directly responsible for Myrcella going to Dorne. So in her worldview, both of her children’s deaths are to be laid at his doorstep. This is one more thing to motivate her homicidal hatred of him.”

Stop by Entertainment Weekly to read more of the actors and writers’ thoughts on the repercussions of Myrcella’s murder.