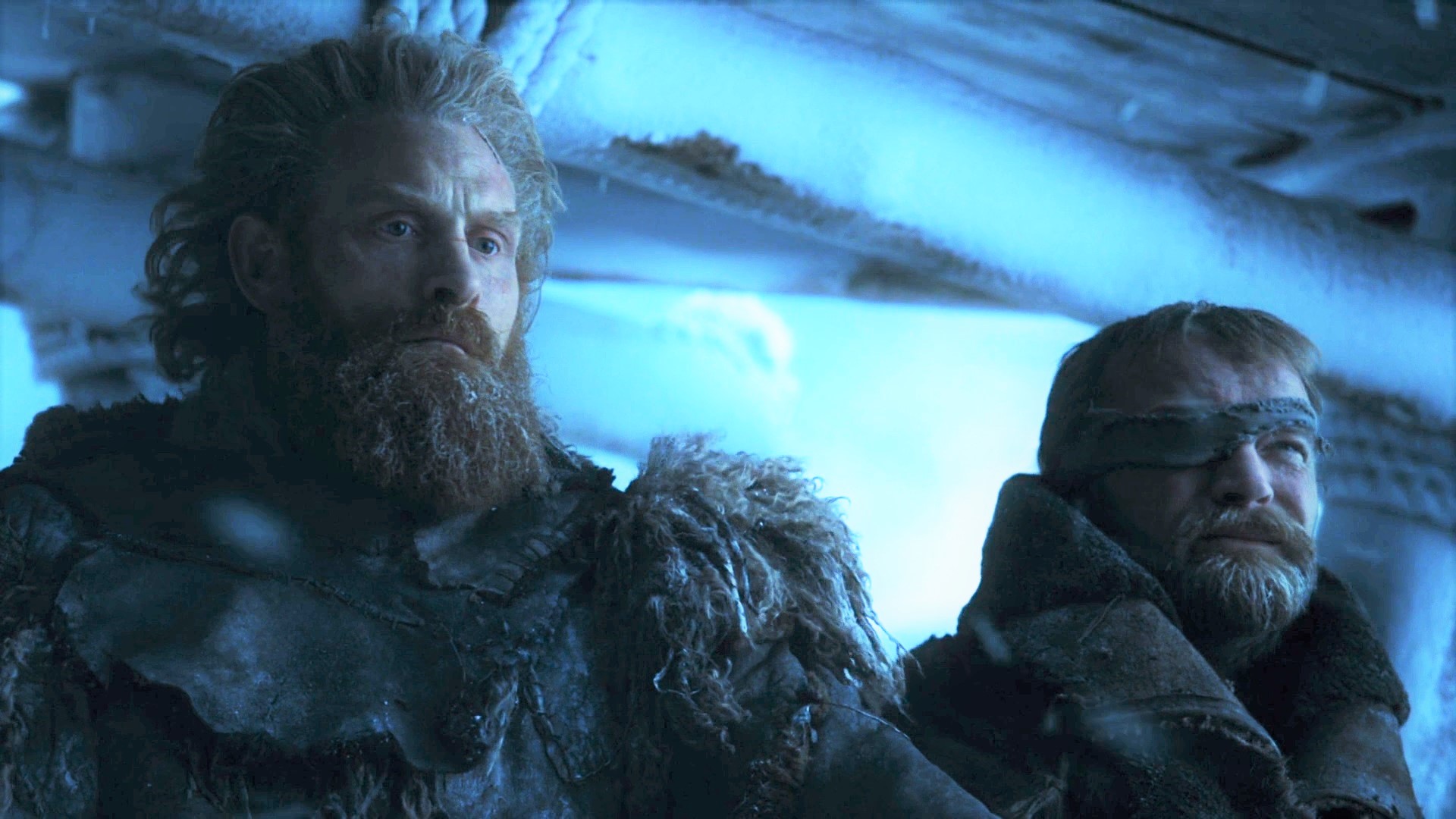 Season seven’s last scene left us with Tormund and Beric running for their lives from a collapsing Wall, as the army of the dead passed through the breach at Eastwatch. We didn’t get to witness their fates, but would the writers have killed Tormund Giantsbane and Ser Beric Dondarrion off-screen? I think not! Now that Tormund’s return has been confirmed by the trailer (though, interestingly, not the character posters), we can now read actor Kristofer Hivju talking about his character’s return in this final season.

During this uncommonly long off-season, Hivju had to be extra-cautious about not being sighted in Belfast, even refusing to take selfies, as he reveals to EW. “We didn’t see him die; season 8 could have started episode 1 with dead Tormund,” Hivju explains.

Hivju hopes his return causes delight in the fandom, whose fervor he’s only recently been made fully aware of: “I sat in a bar when I was shooting The Fate of the Furious and I watched an episode of Thrones with diehard fans, and it was like seeing a sporting event. I didn’t understand the impact of the show until watching it with other people. It was the episode where [the Hound] came back, and there was this roar. I’m going for that.”

“He wants closure,” Hivju says about Tormund’s motivation this season. “All the Free Folk grew up with the horror stories of the White Walkers, like that story Nan told Bran in season 1 with the ice spiders — except having seen them. This has been the terror of their worst nightmare as long as they’ve existed. Tormund has confronted them many times. This is the nightmare moment where you have to face centuries of bad dreams.” I’m sorry, that’s all very dramatic—but did Hivju say Tormund’s faced ice spiders?

“Everything has an end,” Hivju proclaims, regarding his feelings on being done with Game of Thrones after so many years. “Everybody is exhausted and nobody is tired. It’s a long, intense journey, and extremely satisfying; it’s so seldom to have this positive drive through every season, from your first day to your last day. Everybody wants to up their game and make it even better. We feel like we’re always competing with ourselves. So it’s satisfying to end it and we’re ending it when everybody still loves being here.”

If you want more from this Bane of Giants, read the interview at Entertainment Weekly.