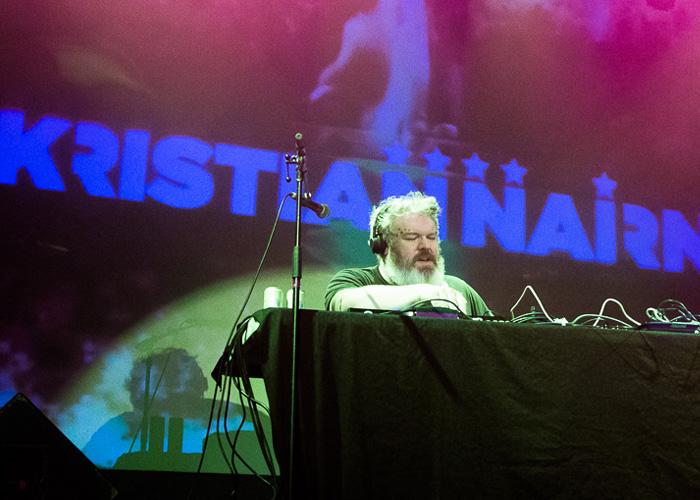 In a new interview, Kristian Nairn talks to Verizon about his music, his costars, and Game of Thrones while visiting New York City.

A successful DJ in Northern Ireland, Kristian is currently promoting his debut single, “Up” feat. Leanne Robinson while touring with Rave of Thrones.

“It’s a party for the people,” Nairn tells Verizon. “Fans do come dressed. I do my normal set. I don’t do anything different. It’s very much about the music.”

His musical gigs may be called Rave of Thrones, but it wasn’t his idea. “It was more of a managerial type decision from the promotions company. They thought it might be fun; I initially disagreed. Rave of Thrones? That’s so naff. But then people started to come. They had a great night and it got people’s awareness.”

Nairn discusses the other DJing actors on the show and the co-stars with musical interests. “We’re quite a musical bunch,” he says.

He dodges more specific questions about season 6 but acknowledges, “It will probably become public knowledge soon. I know Bran [Isaac Hempstead Wright] has broken the fact that he’s back, but it’s fairly self-explanatory that if Bran is back, then… Do you think I have this beard for no reason?”

I did in fact mutter to myself, while watching Nairn spin at A Night of Ice and Fire, “Damn that’s a big ole Hodor beard.” In addition to the beard, he’s been hanging out with his GoT co-stars back in Belfast, so…see you in season 6!

Kristian talks about which of his costars have musical ability and shares more about his own music tastes at Verizon so visit the article for more details.