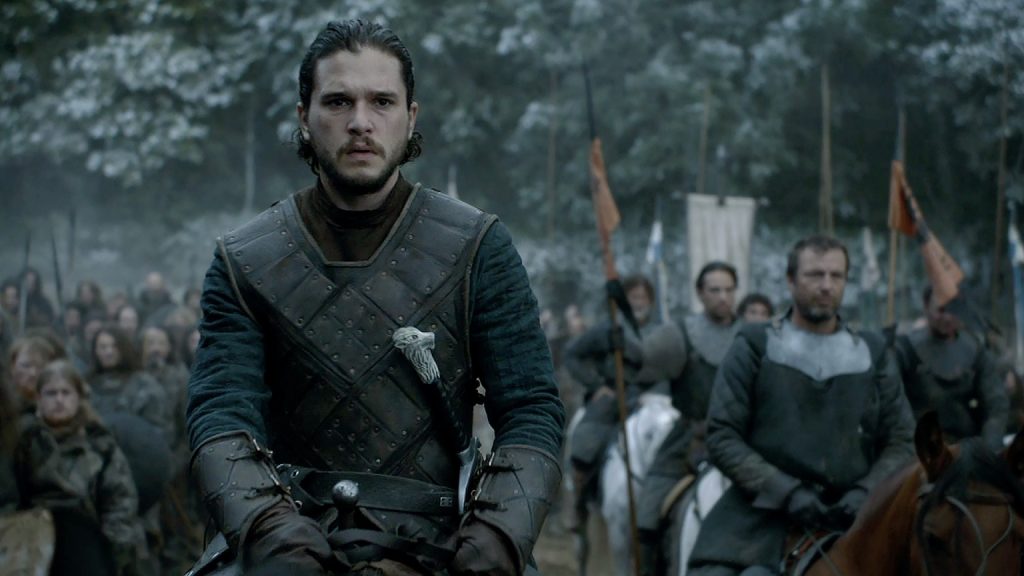 Season 6 was a victorious season for Jon Snow (Kit Harington) after his brutal betrayal in season 5. He was resurrected, then reunited with his sister Sansa (Sophie Turner) who helped him win the Battle of the Bastards and retake their childhood home, Winterfell. Finally, in the season 6 finale “The Winds of Winter,” Bran’s (Isaac Hempstead Wright) sight gave fans some long awaited answers pertaining to Jon Snow’s royal parentage.

After all these satisfying moments for Jon, fans began to crave the ultimate fan theory even more. Lucky for us, The Huffington Post asked actor Kit Harington for his thoughts!

So what does Harington himself think of this awe-inspiring theory?

I think you have to wait and see what happens this year, and if we find out anything more about Jon. I think Jon would hate the term ‘The Prince That Was Promised.’ If someone turned to him and said, ‘You’re The Prince That Was Promised,’ he just wouldn’t pay much attention. That’s what I love about him, so I don’t really care about it either. You know, I think that’s what’s great about him. He’s got very little ego on him.

That lack of ego is precisely what makes Jon so fit to rule and further adds to the possibility that he could be The Prince.

Be sure to check out Huffington Post for the full theory break-down!

What are your thoughts? Is Jon The Prince That Was Promised or do we have another twist in the upcoming season? Let us know below!

Jon Snow, Kit Harington, The Prince That Was Promised