Kit Harington says Rose Leslie didn't talk to him for days after he spoiled the "groundbreaking" Season 8 ending | Watchers on the Wall | A Game of Thrones Community for Breaking News, Casting, and Commentary 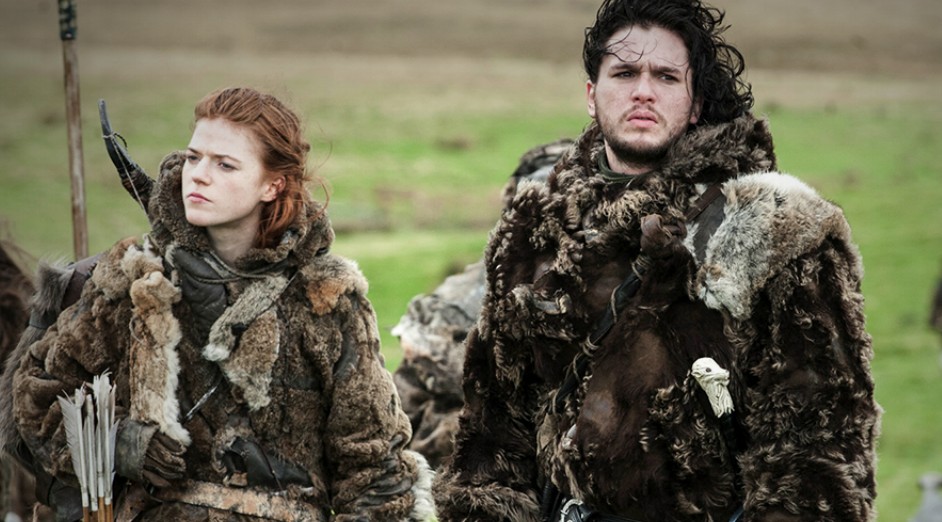 Kit Harington still hasn’t slipped up any juicy plot details about season 8 but from the way he talks about the series finale, it sounds like we’re really in for a brutal, cathartic, heartbreaking, beautiful rollercoaster this April. In a recent interview, Kit Harington described the conclusion to the show as “groundbreaking” and said Rose Leslie had an … interesting reaction to hearing spoilers.

Digital Spy reports that, while chatting with Tom Green and Daisy Maskell on KISS Breakfast, Harington admitted to telling his wife, Rose Leslie, how the eight season saga wraps up.

“She wouldn’t talk to me for about three days and she’d asked!” Harington said.

What exactly that implies about the finale is up for interpretation. When asked if he feels happy about the ending, Harington replied:

“It’s a weird one to answer, that. I can’t really answer whether I’m happy or not. I don’t think it’s about happy or sad really. I’m satisfied with what they did, but I don’t know whether I’ll be really satisfied until I see it.”

That being said, Harington seems to be enjoying the quiet before the storm and relishing his superior knowledge over all of us smallfolk.

“It’s quite nice walking around, which will only happen for a few months before everyone’s seen it, knowing. I know and no-one else does. I know how it wraps up,” he said. “Yeah, I think it’s gonna be groundbreaking.”