Kit Harington returns, and Game of Thrones is busy across Northern Ireland | Watchers on the Wall | A Game of Thrones Community for Breaking News, Casting, and Commentary 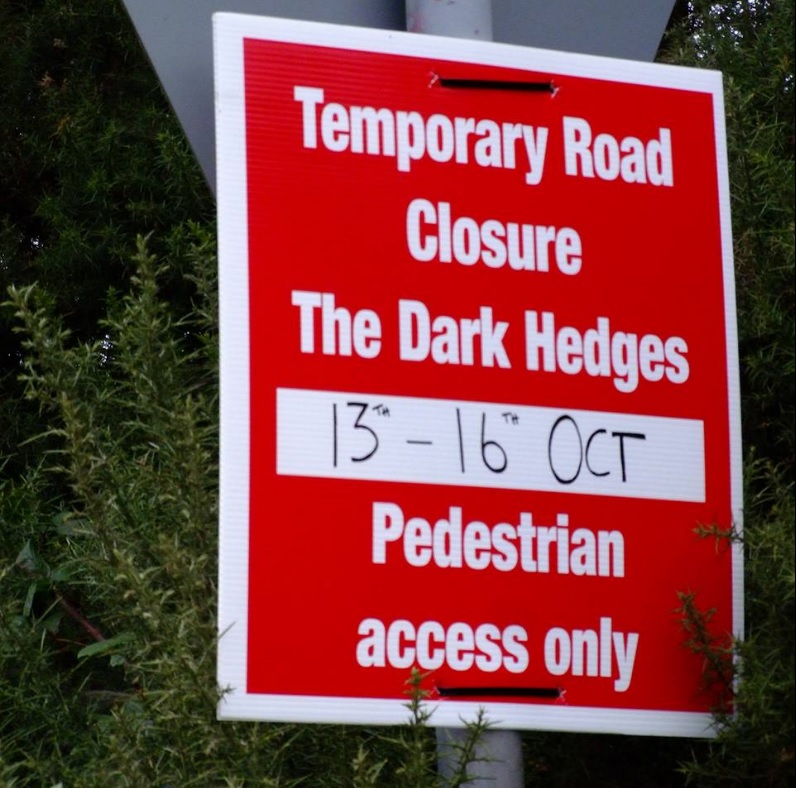 While Spain prepares for the impending Game of Thrones filming, Northern Ireland continues to be a buzzing hive of activity for season 7. Rumors are flying about filming locations this week, with pink GOT signs cropping up throughout the country and fresh news surfacing every day.

Emilia Clarke has had a busy week, and sources tell us that Kit Harington has returned to Northern Ireland as of today. (That’s right, #ManBunWatch is on.) We’ve also heard that several cast members have been staying at an inn located in Bushmills, indicating they’re part of the reported filming on the northern coast. Bushmills is near the Giant’s Causeway, Ballintoy Harbor, and several other sites Game of Thrones has used before. So keep your eyes peeled for Bushmills-area cast sightings!

There are many possibilities for filming in the near future, as the location sightings have been numerous. There could be filming soon again at Castle Black and the Wall, as several pink “GOT” signs were posted up over the weekend leading from Belfast, upward to the area by Magheramorne Quarry.

WotW reader Terry also tells us on Twitter that things are getting busy again at Moneyglass, the town that is home to the Winterfell set. With Harington’s return to N. Ireland, he could be shooting down at this site.

@WatchersOTWall much building going on at moneyglass site , lots of lights for what looks like night shooting

As we reported this week, there is new signage up showing that the famous Dark Hedges will be closed for a few days in October. A new image posted on Facebook by a local confirms it, with the dates October 13th through 16th (shown up top).   It’s not yet confirmed that this closure has anything to do with Game of Thrones; it may be for unrelated causes. However, the Hedges were used memorably as the show’s Kingsroad, so we have to consider it a real possibility.

Lastly, we have solid reports of filming happening at Bangor’s Leisure Centre thanks to IrishThrones. What Game of Thrones is up to exactly is unclear, since no one can get inside, but crews were at the location for the last couple days. Reports say the show is working with the pool inside the centre:

Another busy few days for the hardworking people of Game of Thrones, and it’s only going to get wilder when filming begins in Spain in a couple weeks!