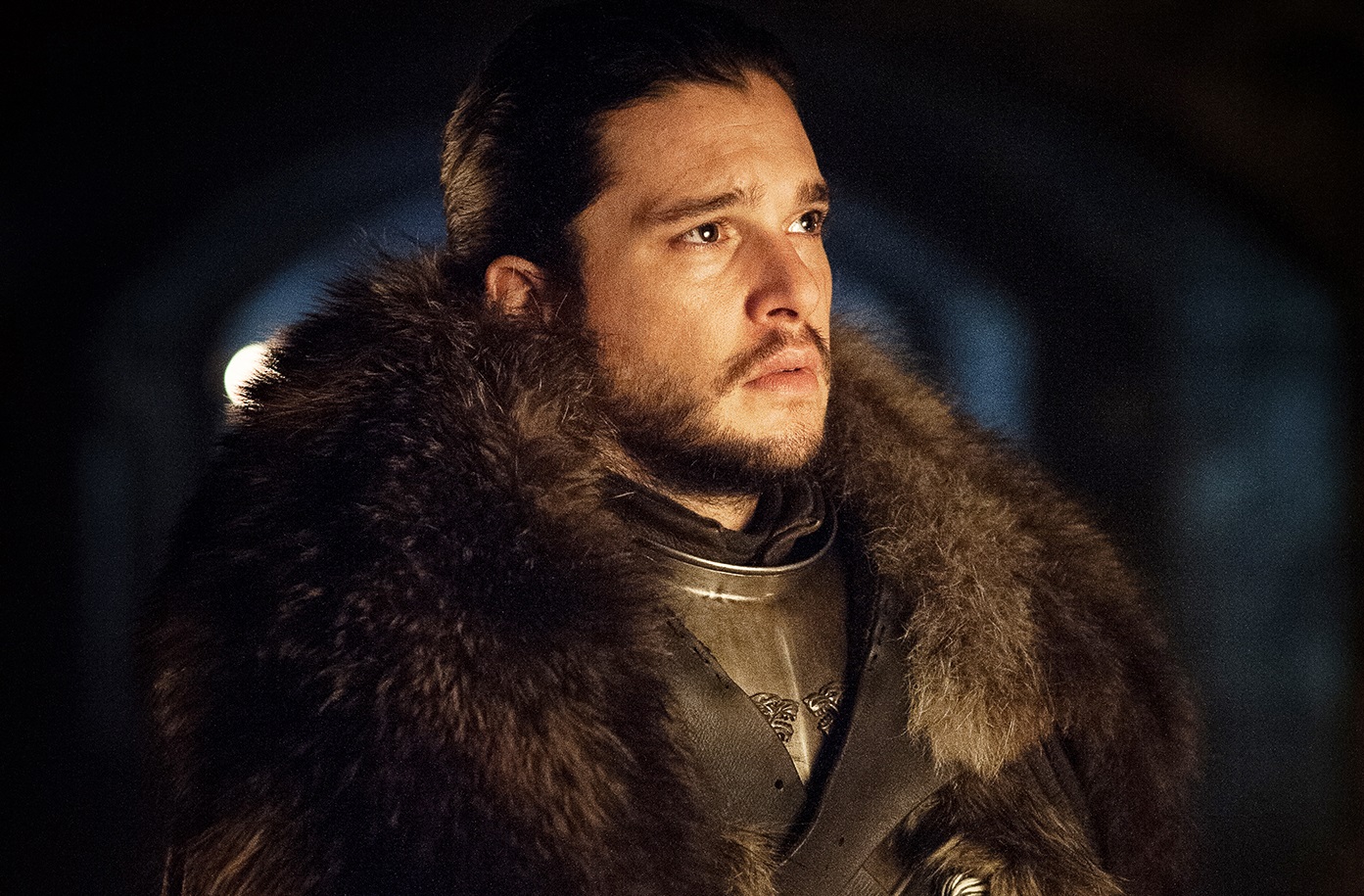 The excitement of the newest Game of Thrones trailer landing today has us all anxious for season 7, but the closer we get to it, the closer the end becomes. As fans, it’s difficult for us to imagine life without Game of Thrones on our television sets. It will be even harder for the cast and crew, who have put so much of their time, energy, heart, and soul into its production.

For Kit Harington – who has played one of the most central characters, Jon Snow – the end of the series will be bittersweet. In a new interview with Esquire, Harington shares his outlook on life after Game of Thrones. “Without saying whether I make it to the last season, we’ve been trying to say goodbye to the show this year,” he explains. “Thrones nicely bookended my twenties, but I’m thirty now. Maybe I can reinvent myself and get away from an image that’s so synonymous with Thrones, but maybe this was the role I was always meant to play and that was it.”

Finding the right man for Jon Snow wasn’t easy. “Snow is a challenging part,” according to author and executive producer George R.R. Martin. “In the books, what’s going on with Jon is internal. I can tell you what he’s thinking, but you can’t do that on TV. The actor has to sell the depths and subtleties and conflicts of his character.” Once they saw Harington, showrunners David Benioff and D.B. Weiss were sold, despite his lack of acting experience at the time. “He just had the look – the brooding intensity; the physical grace; the chip-on-the-shoulder quality that we always associate with extraordinarily short people.”

The 5’6” (according to Esquire) actor is used to insults and pranks from Benioff and Weiss, and he doesn’t hold back from indulging in them himself. According to castmate Alfie Allen (Theon Greyjoy), Harington would steal their phones and send “disgusting, distasteful, and hilarious” texts. Benioff and Weiss once sent Harington a fake script in which Jon’s face is burned and disfigured, telling him, “HBO was worried that his underdog, outsider-hero thing was feeling too Harry Potter.” They seem to enjoy roasting the star (pun intended), saying, “It takes real strength of character not to let being Kit Harington turn you into an asshole. And in the past eight years, Kit has not taken a single step in that direction.” 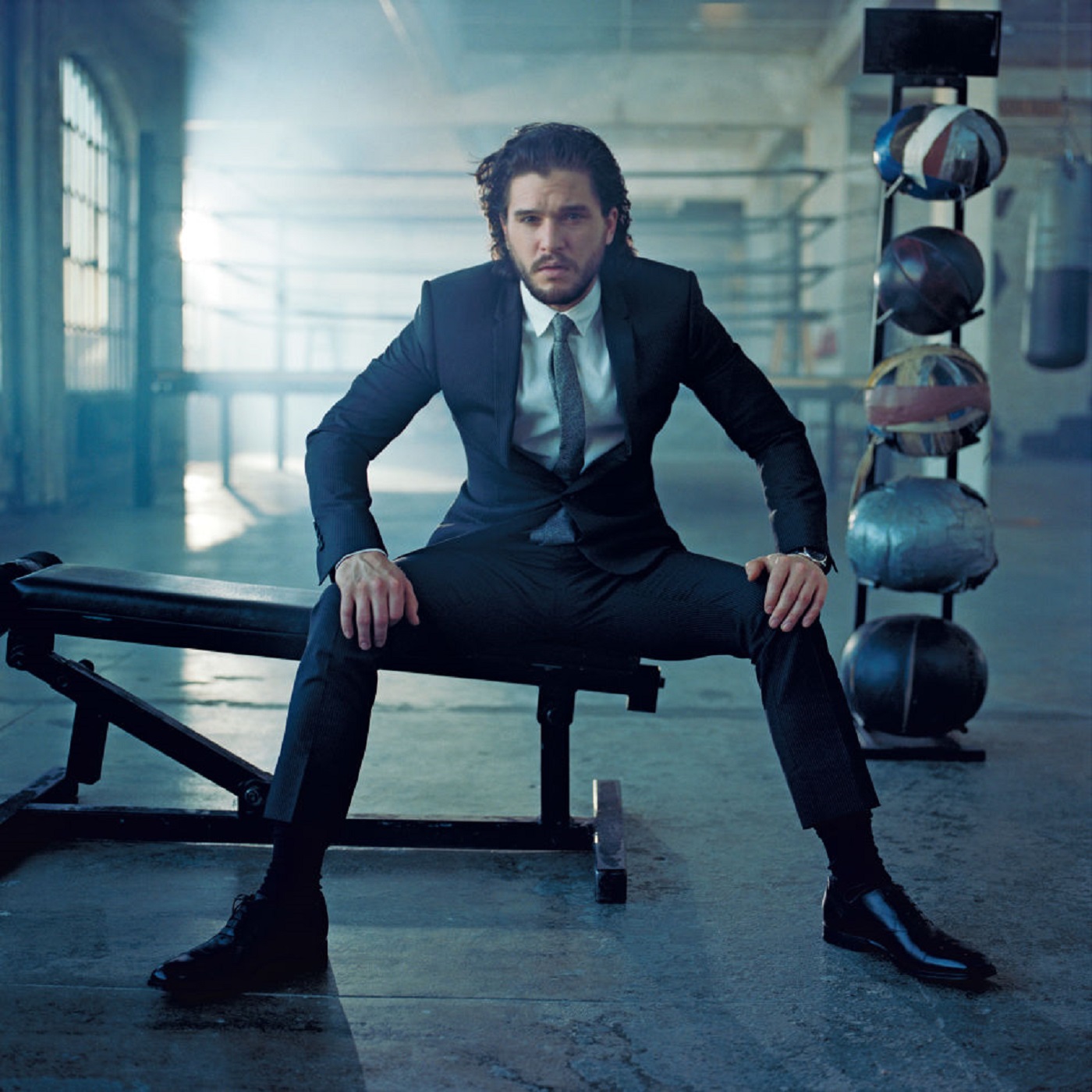 The rest of the cast doesn’t go any easier on Harington. Emilia Clarke (Daenerys Targaryen) jokes, “There’s a consistent drumbeat of taking the piss out of his incredible hair and startling good looks. His hair just takes over everything. My ridiculous handcrafted wig doesn’t come close to standing up to his man bun.” Liam Cunningham (Davos Seaworth) adds, “His hair has its own trailer.” According to Nikolaj Coster-Waldau (Jaime Lannister), “There’s a change in the level of female lust in the room when Kit is there, which all the males find annoying and disrespectful.”

Perhaps that explains the decision to have Tormund Giantsbane (Kristofer Hivju) disparage Jon’s manhood last season. “There has to be some downside to being Kit Harington, right? It seems only fair,” Benioff and Weiss explain. “He’s handsome, talented, smart, and so decent to the core that it’s impossible not to like him. Maddening. The one thing we can do is saddle his character with a tiny pecker.” Harington appears to take it all in stride, saying “They’re all reprobates.”

A cultural phenomenon, Game of Thrones has been used as a reference for all manner of subjects: from global warming, to immigration, to politics, just to name a few. Harington believes the show does have lessons to teach us, saying, “Thrones can be used as a metaphor way too much, but if there’s one truth, I think, it’s that people who really desire power are the people who shouldn’t have it.” In the context of Westeros, Harington believes his character is one of the few who deserves that kind of responsibility. “Maybe Jon’s the one person who should have it,” he says, “because he’s not looking for it.”

For more on Harington’s upcoming projects, his relationship with former costar Rose Leslie (Ygritte), and his plans for life after Game of Thrones, read the entire interview over at Esquire.