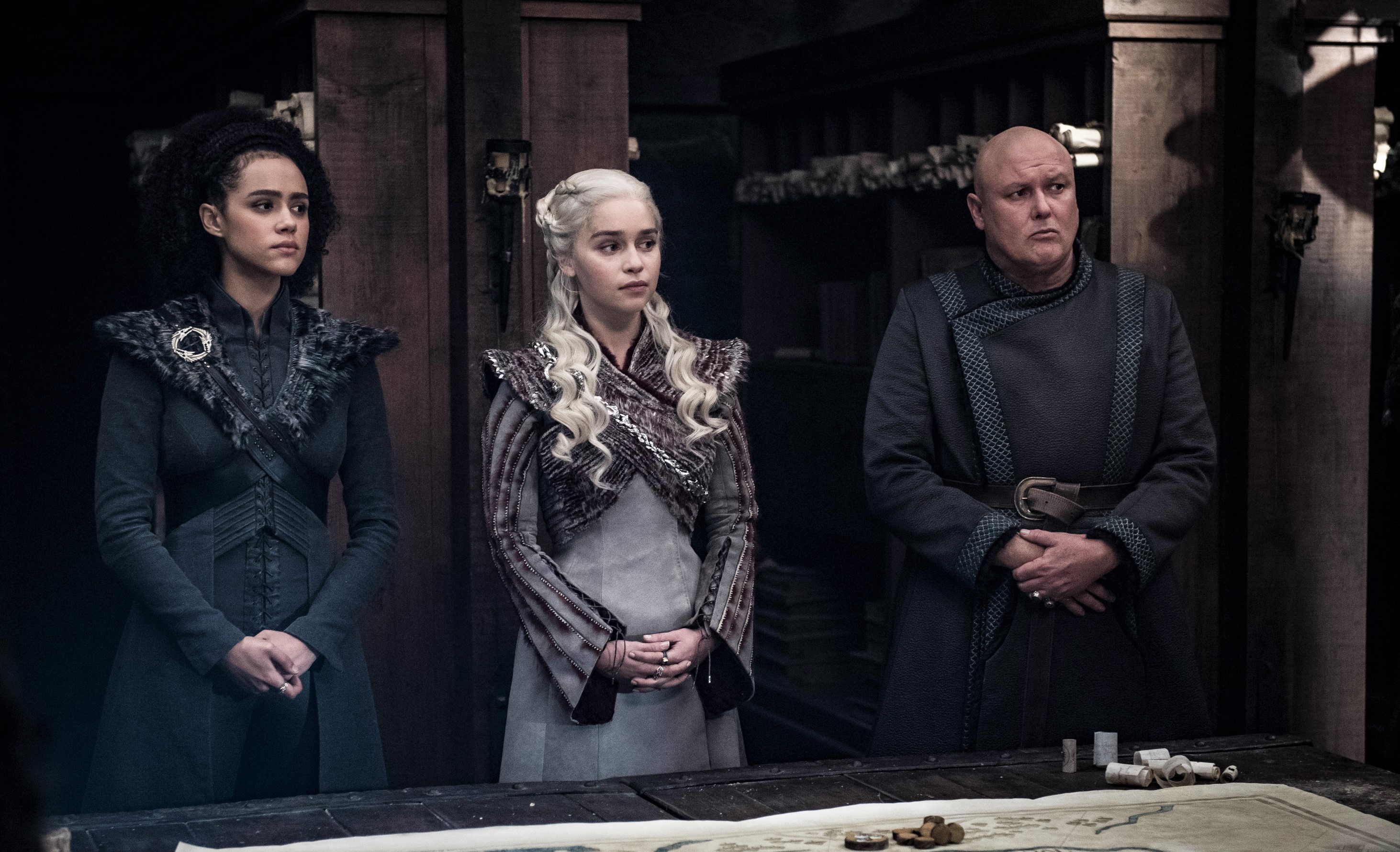 If you’re like me, you’re still reeling from the tense and chaotic battle for Winterfell. Don’t expect too much of a break, however, as Kit Harington has described this coming Sunday’s episode four as “one of his favorites”, and Emilia Clarke let it slip that the penultimate episode of Game of Thrones may be even bigger than “The Long Night”!

“One of my favorite episodes is four,” Kit Harington tells James Hibberd at Entertainment Weekly, “because the characters have seemingly got what they needed. The world is safe now. They’re celebrating and saying goodbye to lost friends. But as an audience you’re going, ‘This is only episode 4, something’s going to happen.’ And that’s the cool thing because I think the characters are aware of this as well. There’s something twisted and uncomfortable about it. It’s so Shakespearian.”

As for what comes after episode four, it’s hard to imagine anything topping “The Long Night” in sheer scale, but at the end of her latest appearance on Jimmy Kimmel Live!, Emilia Clarke insists that, though the remainder of season eight is “all insane,” episode five is “bigger” than episode three (though, it must be said, she could’ve been referring to it being bigger than episodes four or six.) She advises, “Find the biggest TV you can!”

We shouldn’t be too surprised about another big action setpiece taking place in episode five, since Miguel Sapochnik also directed that one, and traditionally the next-to-last episode of each season has given us some of Game of Thrones’ most iconic moments. In fact, if you followed our production coverage, you may already be aware of what may be coming. You can find all the relevant articles here, but beware of spoilers!

For some non-spoilery information that merely puts the upcoming battle in context, its shoot involved over 600 extras and took about two months to film – the second longest in Thrones history. You can clearly see the excitement on Clarke’s face, so get hype! She also appears to make an exploding gesture – whether that’s a hint for the episode or just her way of letting us know our minds will be blown, I’ll leave it up to you to decide…

It’s all well worth a watch as she discusses Kit Harington’s uncomfortable dragon riding experiences (apparently women are more, ahem, anatomically suited to straddling the back of a dragon), needing new friends who actually watch Game of Thrones (I volunteer as tribute!), and her awkward encounter with Beyoncé. Take a look at both videos!

So, what do you think will be so twisted and Shakespearian about next episode, and so much bigger about the penultimate one? Whatever it is, both will for sure have room to contain it, as episodes four through six are all almost as long as “The Long Night,” clocking in at around 78 minutes each. There being only three episodes left seems so limiting, but it means we have about four hours to be told the ending to this story!