Kit Harington and more weigh in on that shocking Game of Thrones final scene | Watchers on the Wall | A Game of Thrones Community for Breaking News, Casting, and Commentary 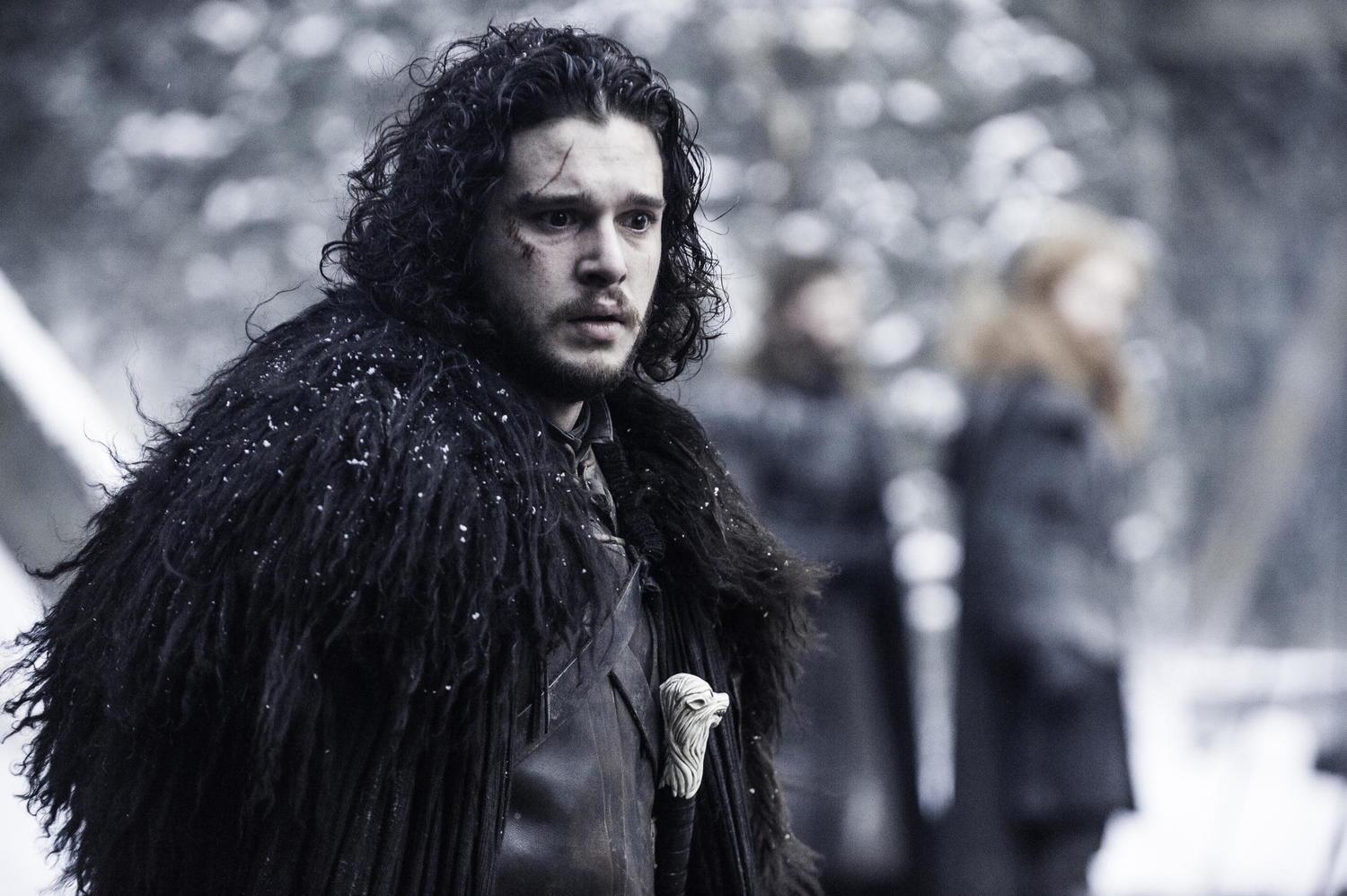 Everyone is talking about the final scene with Jon Snow from last night’s Game of Thrones season 5 finale. Kit Harington, the show’s producer and episode director are giving interviews today discussing the shocking events at the Wall, and whether that really happened. John Bradley also weighs in Jon Snow’s possibilities in season 6.

Major spoilers, so consider yourself warned!

Did Game of Thrones seriously just kill off another of its biggest stars, in Jon Snow? Harington and D.B. Weiss are saying yes.

I had a sit-down with Dan and David, we did the Tony Soprano walk [letting an actor know they’re being whacked]. And they said, “Look, you’re gone, it’s done.” And as far as the salary thing goes, that angered me when that story came out. I don’t know where it came from, but it was inaccurate in many ways. It’s going to put questions into your head and into fans’ heads that things are not what they are. Quite honestly, I have never been told the future of things in this show, but this is the one time I have. They sat me down and said, “This is how it is.” If anything in the future isnot like that, then I don’t know about it – it’s only in David and Dan and George’s heads. But I’ve been told I’m dead. I’m dead. I’m not coming back next season. So that’s all I can tell you, really. 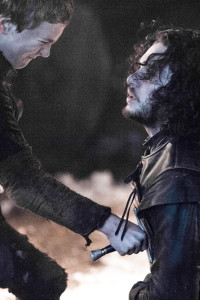 “I’ve had to watch what I say, but it’s a big moment, it’s a beautiful ending, and it’s how I wanted to go.”

Harington and co-star John Bradley addressed some popular theories surrounding Jon’s death and ways to get around it. They shoot down the Ghost theory mockingly.

Bradley says to Vulture, “I don’t think a lot of people would be perfectly happy if Jon Snow was now played by a dog, if it’s a dog with Longclaw strapped to his back. […] A dog is not going to have the same global sex appeal, unless you’re an absolute nutcase.”

The actors break down most popular theories in amusing ways so be sure to check out the Vulture article.

Executive producer and writer D.B. Weiss has his own thoughts on the big finish, as well. He tells Entertainment Weekly:

We would hope that after seeing the scene and the way it’s shot that the answer to that will be unambiguous in the minds of the people watching it,” Weiss explained. “It should be pretty clear what happens in by the time you’re done seeing that scene. It’s not an, ‘Oh what just happened scene?’

Series author George R.R. Martin reminded EW in an older interview however that death is less certain in his world. “My readers should know better than to take anything as gospel,” he told EW in 2011.

“And after that of course, we had cake and a farewell. … I got a chance to speak and then of course, Kit got a chance to thank and say goodbye to the cast and crew that he had fallen in love with for the last few years, and it was a really, really wonderful nice moment.”

As for Nutter’s own thoughts on whether Jon Snow is truly gone for good?

“That’s more of a probably Dan and David question, but I will say this — that his death is un-refutable and his death is one that is not gonna be easy to – this isn’t like the egg that fell off the wall and cracked himself, this will be a very powerful one. There’ll be no question if he’s dead or no.”

Check out Access Hollywood for more of Nutter’s thoughts on the finale and the Walk.