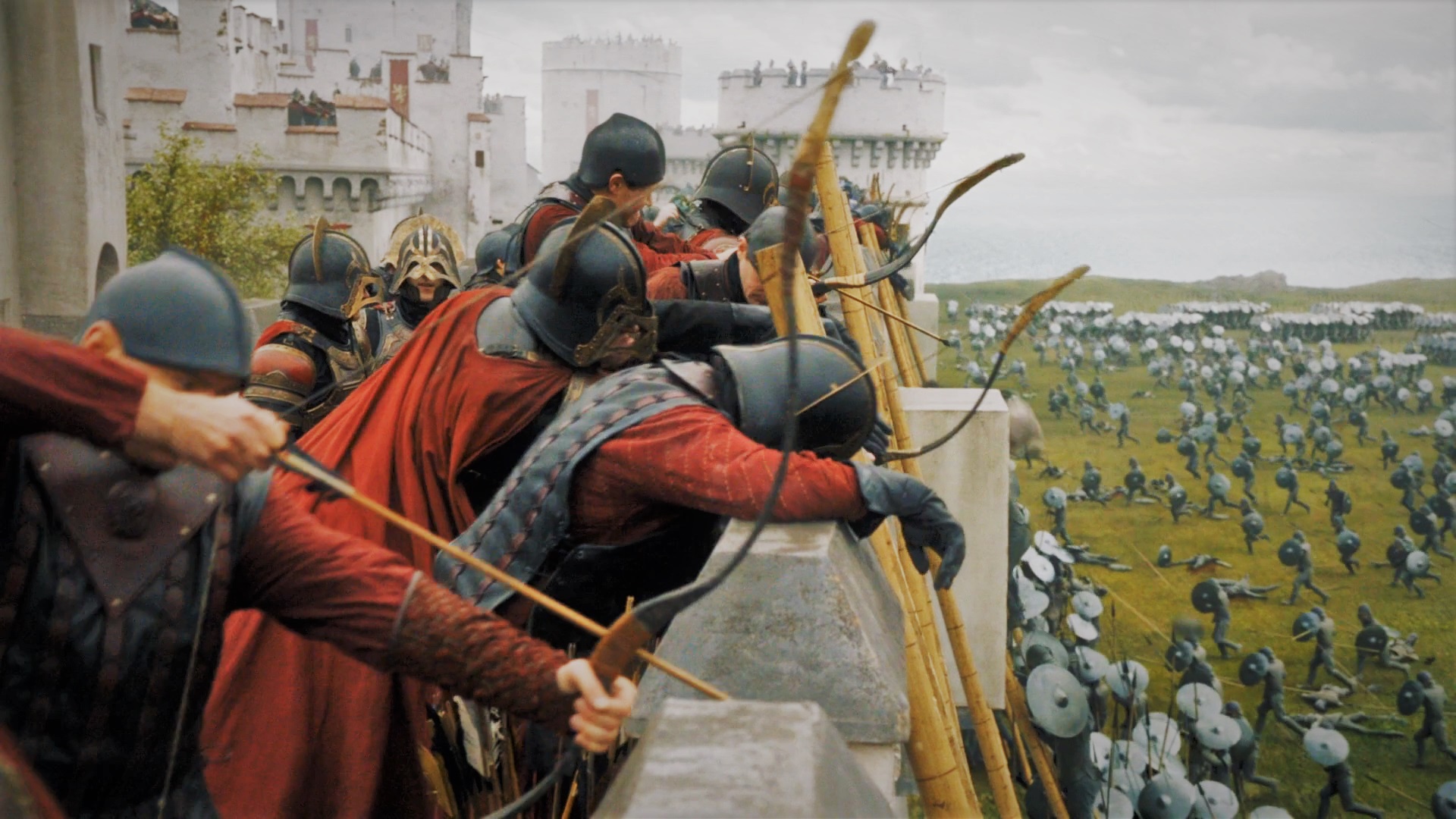 With filming at Ballintoy having finished without so much as a peep and Itálica still a few days away from hosting any of the cast for the Dragonpit shoot, we turn our attention back to the project that’s taking more than six months to finish: the King’s Landing set. Since production appeared to start, we haven’t heard much (for good reason, we now know), but there’s still progress on set, such as the weapons posted along the city walls.

Titanic Studios has been quiet lately, despite significant movement around the King’s Landing set, on which we reported as recently as a week ago. According to our sources, more recently production has been either very unassuming or non-existent. In other words: the big battle shoot hasn’t begun in earnest yet, or else we would have noticed.

However, that doesn’t mean there are no developments! GOTlikeLocation shows the set is still getting new props, such as more flags (is Cersei compensating for a lack of actual power?) and, posted along the walls, spear racks and arrow-filled ground quivers: 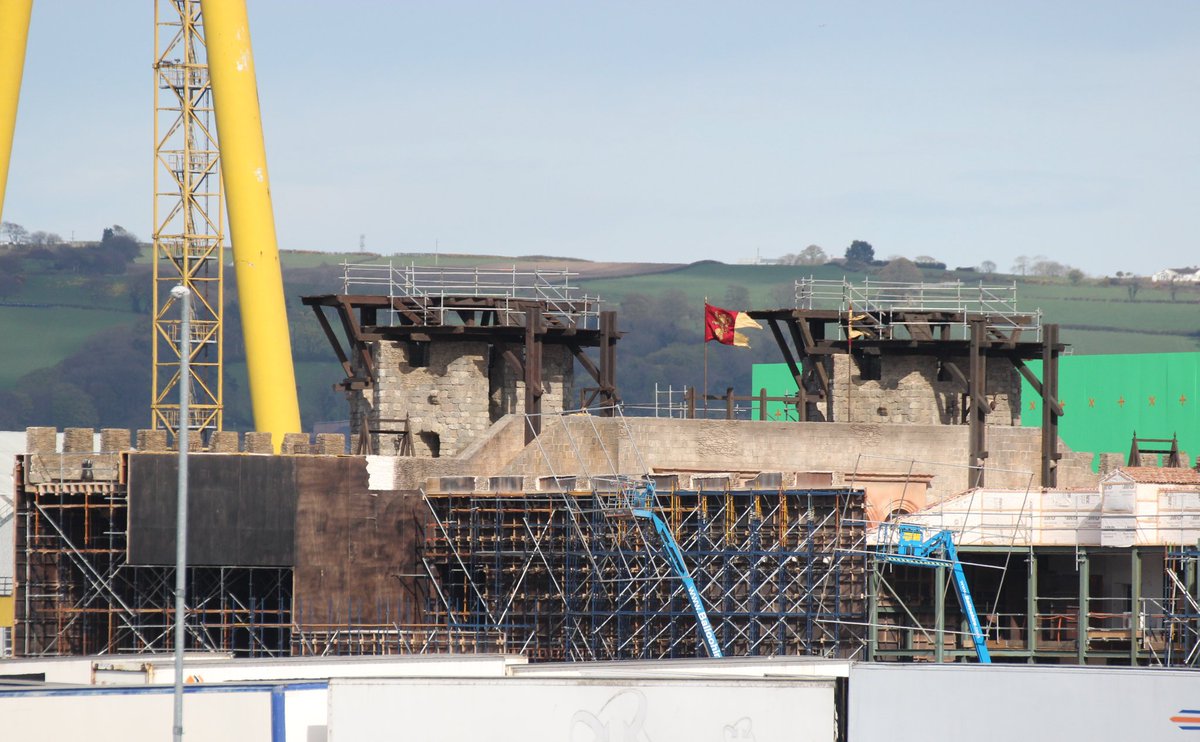 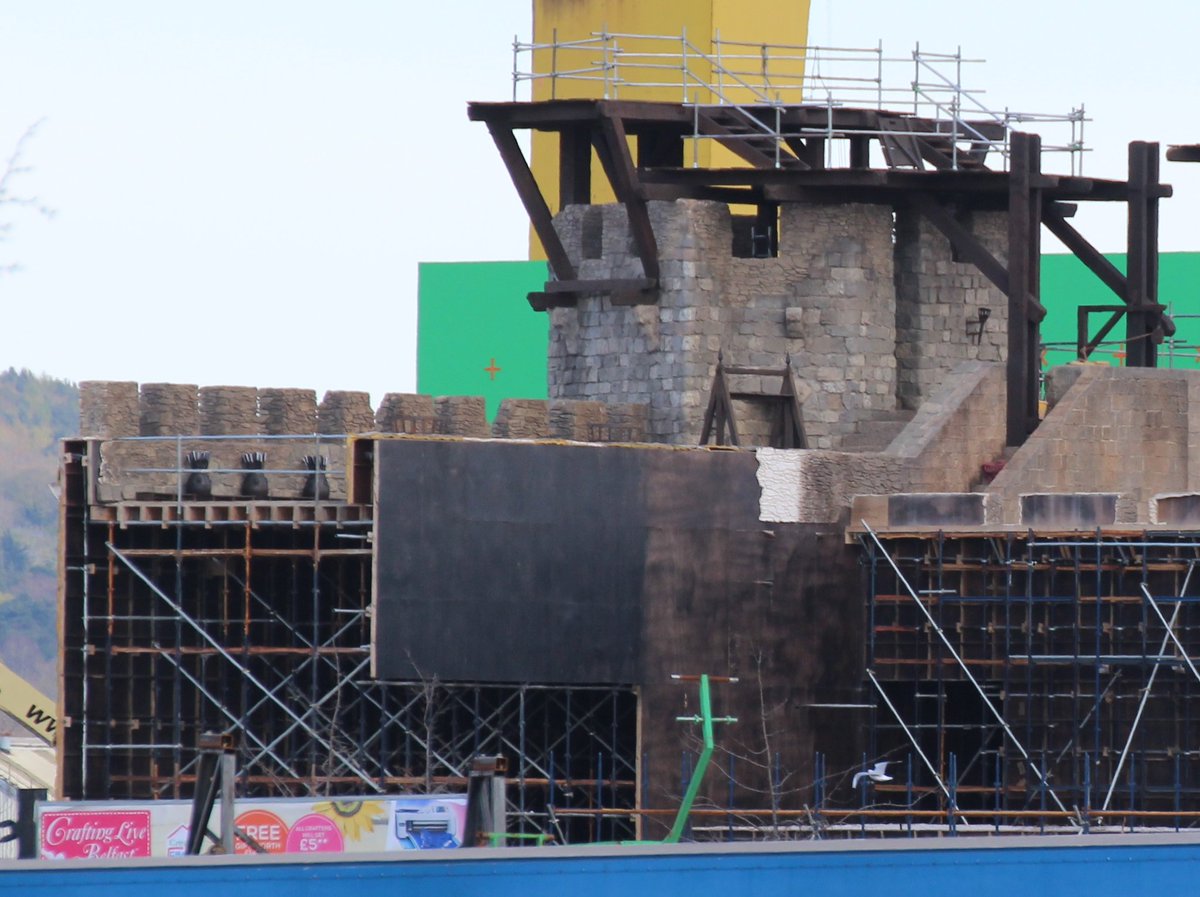 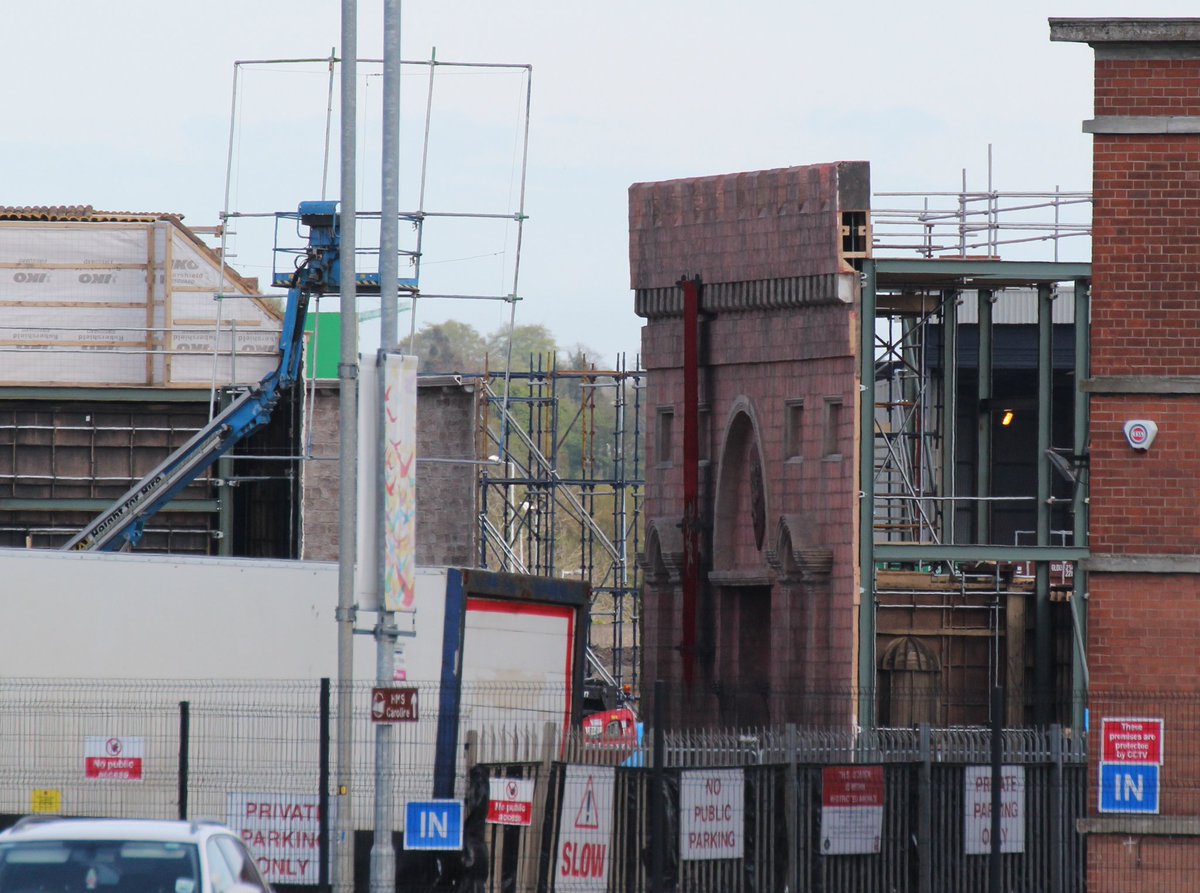 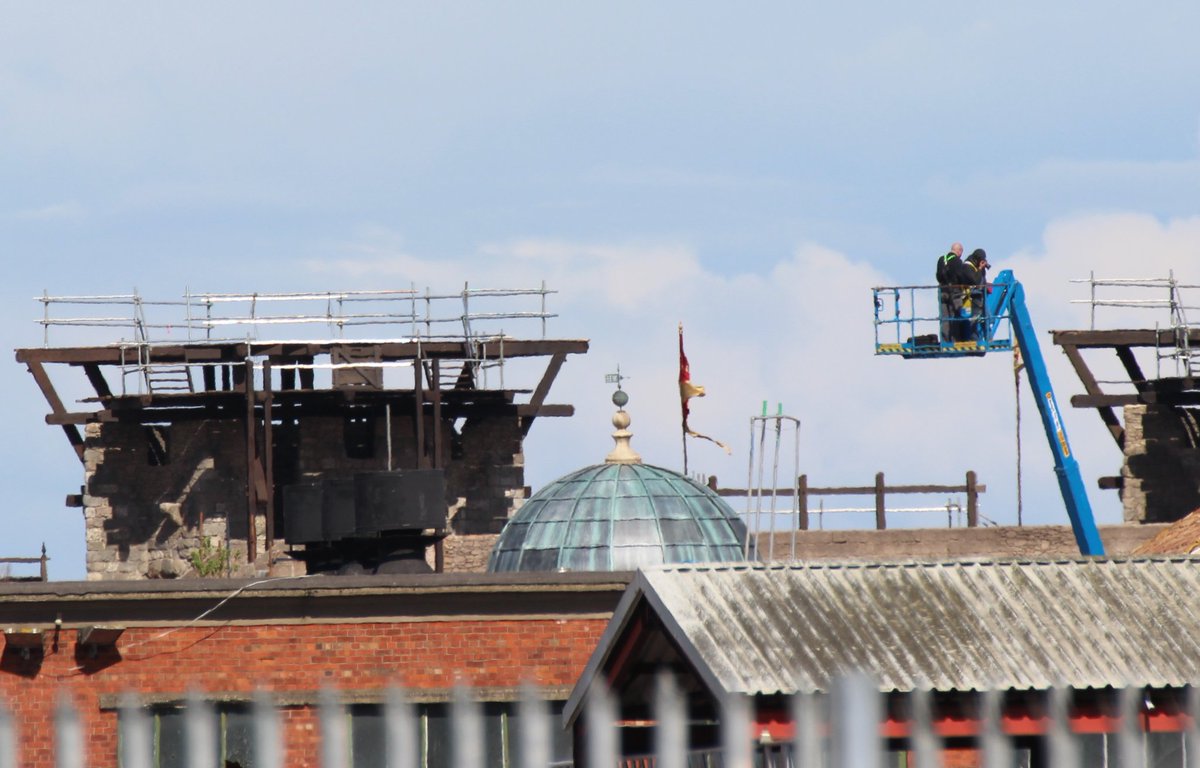 St Blaise’s dome is recreated with a wind vane instead of a cross on top. Photo: GOTlikeLocation 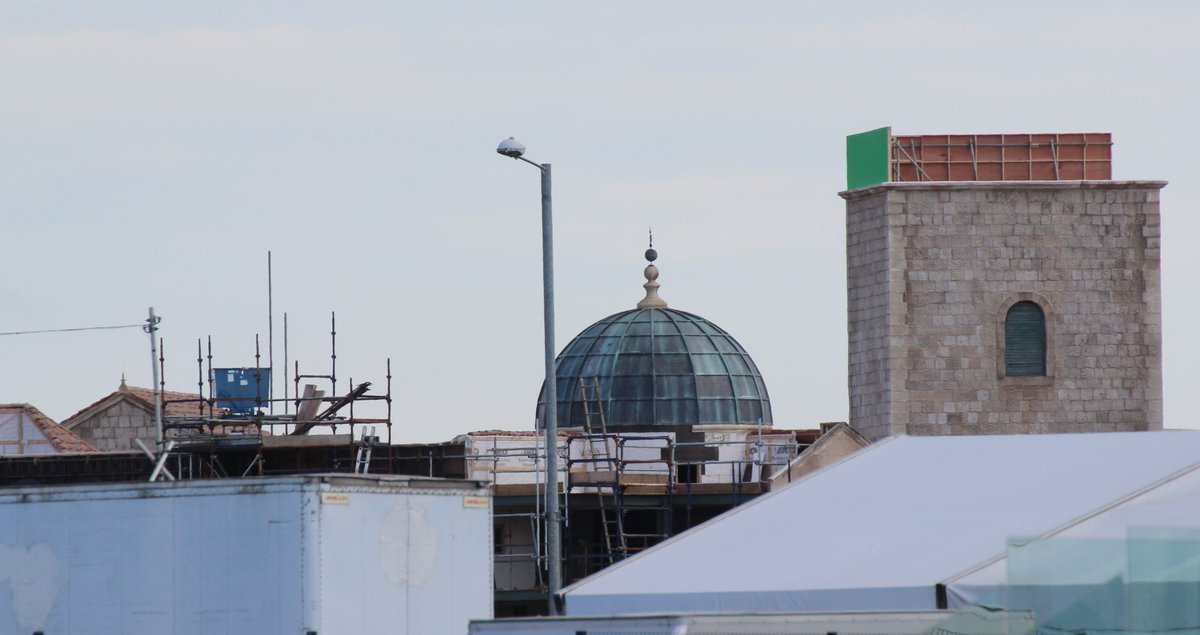 The green screen on the tower is for set extensions—likely a VFX belfry. Photo: GOTlikeLocation

Arrows will have to do for now, as the anti-dragon scorpions we saw being tested are nowhere to be seen. Nevertheless, we still expect them to be mounted on the three wooden platforms built on top of the city gate, which you can see in the first photo.

That’s it for now! Production will heat up once again when the cast arrives in Spain for the Dragonpit scenes and the King’s Landing battle shoot truly begins at Titanic Studios.