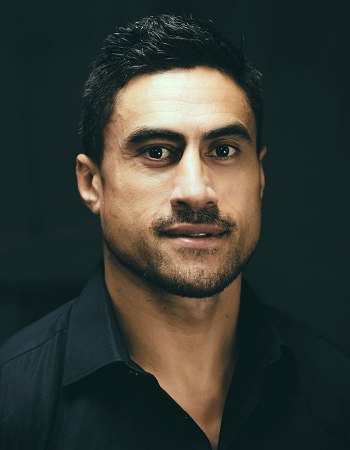 When the casting of Joe Naufahu was announced a month ago, Deadline confirmed the actor had a “multi-episode arc” on Game of Thrones but his character name remained a mystery. It was commonly speculated he would be playing a Dothraki khal.

We’ve done a little digging, and have discovered that according to his RedEleven agency CV, the actor will be playing the role of Khal Moro.

In the ASOIAF novels, Moro is a briefly mentioned khal who is allied to Drogo and attends the presenting of Daenerys to Drogo. It’s unclear at this point whether the character Naufahu is playing is a further developed version of that Moro (perhaps based on something from The Winds of Winter) or if Game of Thrones has borrowed the name for a Dothraki character of their own.

It’s also possible the show is just using Moro’s name for another book character like Jhaqo or Pono. They were Drogo’s riders who broke off to form their own khalasars after the khal could no longer ride, in the book A Game of Thrones.

More Dothraki news and light spoilers after the cut!

Dothraki filming in Belfast continues this week. Naufahu shared this photo of him with fellow new addition Diogo Sales:

Speaking of Dothraki filming, we’ve heard from a source that during Friday’s filming of a scene at Titanic Studios, one of the actors actually caught on fire!

The action-packed scene got a little more exciting when Andrei Claude caught on fire. Luckily, our source says he wasn’t hurt, since Game of Thrones’ fire team extinguished the flames right away.

Given the use of fire, it does sound more and more like this big scene being shot in Belfast is an extension of the one partly filmed in Almería last month. The interior scenes are being handled now in Northern Ireland, with the exterior location shots all done in Spain.

When it comes to the character names, however, it seems like this year, the more we learn them, the less we know!