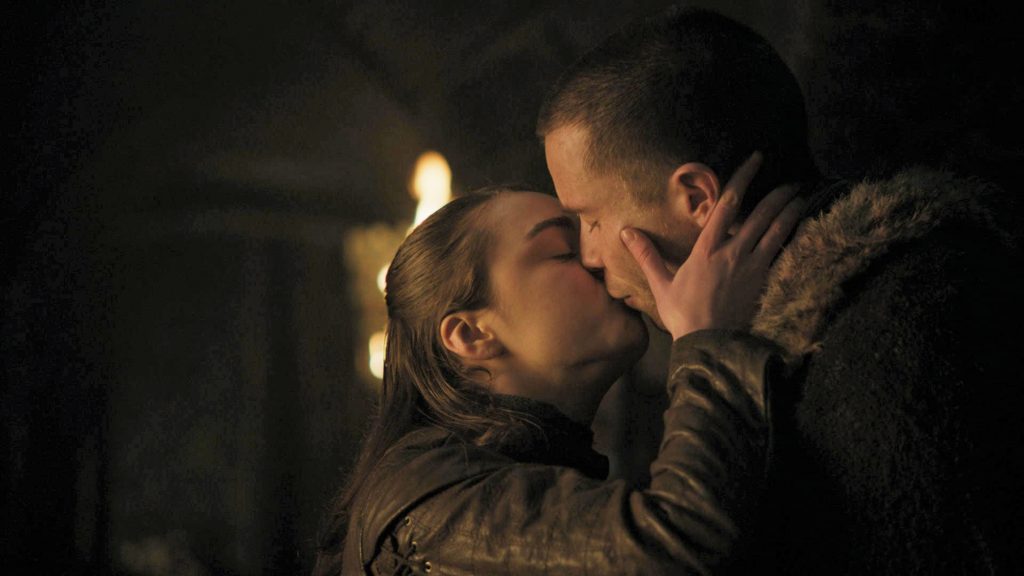 While promoting his latest film, Adult Material, Joe Dempsie shared his thoughts on season 8 of Game of Thrones and Gendry and Arya’s controversial love scene, in particular.

In an interview with Independent, Dempsie admitted that, initially, the prospect of Gendry and Arya becoming an item made him uncomfortable.

“It was an odd transition purely because I’d seen Maisie grow up,” he said. “I’d met her when she was a child and, during the course of the first three seasons, it was something I was asked regularly because [Martin’s] books suggest there’s a possible romance. It always made me slightly uncomfortable.

“I know we were recreating fantasy, but we as actors have to make it very much in reality, and they were asking me to comment on whether I – at the time, a 25-year-old man – would like my character to hook up with a 14-year-old. I always avoided answering the questions. But it was something I then had to think about.”

To be clear, he found filming their actual sex scene “absolutely fine” because, well, Maisie Williams wasn’t a child anymore.

“When we were doing season eight, Maisie was a grown woman. Also, putting that initial discomfort to the side, I didn’t wanna patronise her. She’s an incredibly capable young woman who commanded the respect of that set, so to play up about doing the scene would have been doing her a massive disservice.”

On the topic of season 8 as a whole, Dempsie admitted he has “sympathy” for those who found it rushed. “Watching it back, I think they could have maybe taken a little more time,” he said.

However, he called the suggestion that David Benioff and D.B. Weiss hurried through season 8 so they could get to their (now cancelled) Star Wars trilogy absolutely “bonkers.”

He also said he likes the final episode and its message that “the human race can put their differences aside to defeat a common enemy …. That is something we could all do with addressing.”