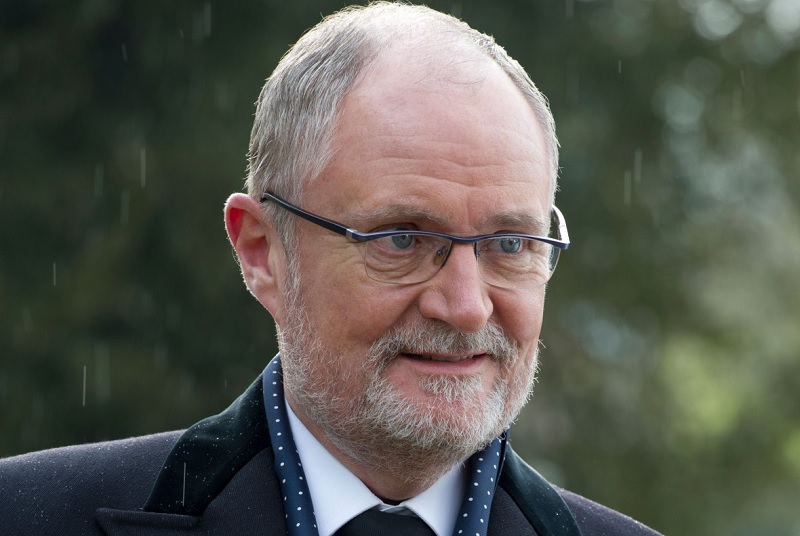 The casting of Jim Broadbent was the major announcement for season seven of Game of Thrones, with the confirmation of the Academy Award-winning actor coming late last August. The announcement didn’t provide a name for his role, unfortunately, leaving fans to speculate over the possible parts for such a high-caliber performer.

In October, a new possibility arose when Watchers on the Wall learned from a source that the ASOIAF character Archmaester Ebrose will be appearing in the upcoming season.

As we noted then, “Ebrose is a maester of the Citadel, where he is mostly mentioned in conjunction with his area of expertise – healing- and his distinct silver mask and rod.” Ebrose is not a prominent character in the novels, only appearing briefly and being noted for his “soft voice and gentle hands.” But his skill at healing is so remarkable that the former maester Qyburn, in discussing his own skills, says that he’s “as skilled a healer as Ebrose, but aspired to surpass him.”

The mystery of Broadbent’s role is all but gone today as the actor has confirmed, in a new interview with Screencrush, that he will indeed be playing an archmaester on Game of Thrones.

“I’m a maester, an archmaester. I’m an old professor character,” Broadbent tells Screencrush. He confirms that he’ll be appearing in five episodes. He also says, “I did sort of one major scene in each episode.”

Furthermore, Broadbent says that his scenes were shared with Samwell Tarly (John Bradley).

We last saw Sam at the Citadel in the season 6 finale, being admitted to the great library. It sounds as though he’ll be learning from Broadbent’s archmaester (who is most likely Ebrose) in season 7. If Ebrose shares his book character’s healing skill, then we suspect they’ll be meeting up with another major Westerosi character, one who is very much in need of a medical miracle- Jorah Mormont (Iain Glen).