Jerome Flynn on shooting that 'extraordinary' scorpion scene -- and how it looked in storyboard form | Watchers on the Wall | A Game of Thrones Community for Breaking News, Casting, and Commentary 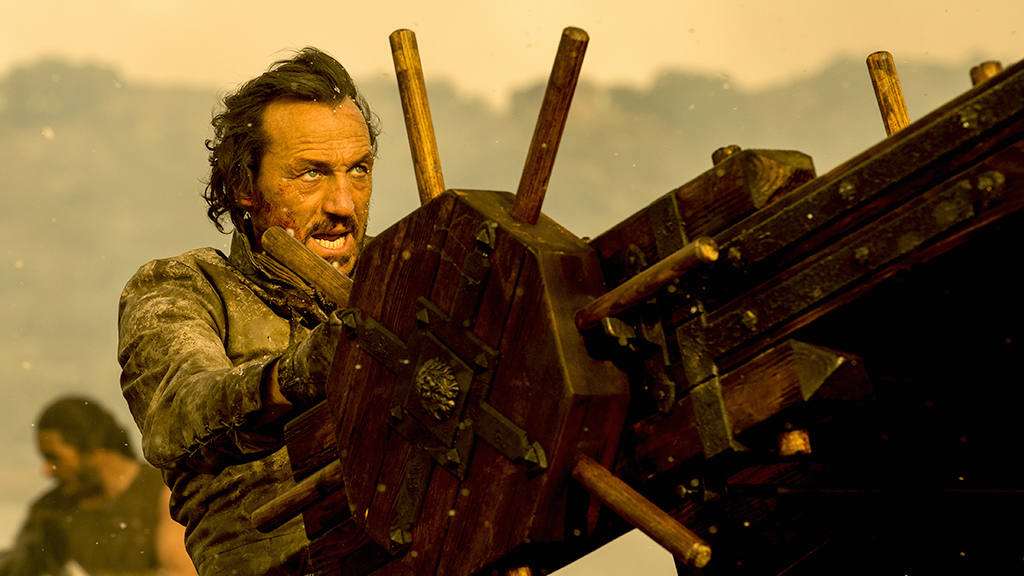 Bronn, in the moments before he made 10.2 million ‘Game Of Thrones’ fans scream in collective horror.

The epic Loot Train Battle (who do we talk to about renaming that? It just doesn’t sound as intimidating as it should) from episode 4, “The Spoils of War,” had Thrones viewers in an agony of conflict — one of the first times in the series when we didn’t know who to root for. And Jerome Flynn, who plays the swaggering sellsword, said in a recent interview with MakingGameOfThrones.com that it was a genius bit of writing.

“How brilliant is that? And that’s Tyrion’s perspective, standing there. He’s got Daenerys when she gets shot down, and then his brother is who’s trying to kill her; Tyrion can’t win, really,” Flynn said. “But that’s part of the brilliance of where we’ve got to in the story after seven years of that character investment.”

However, even if at the start of the battle we didn’t want to watch Bronn meet a fiery end, by the time he shot a scorpion bolt into Drogon, it was clear who a lot of people ended up rooting against.

“Since the day the battle aired, I’ve been a little unpopular, I have to say,” Flynn said. “My postman won’t speak to me because I shot the dragon.”

Mailman malice aside, Flynn said shooting that particular battle scene was one of the most exciting he’s ever been a part of. Filming the battle took place over several weeks, but what he called the “death run” to Qyburn’s scorpion — which was a full-size, fully functional construction that Flynn called “the coolest weapon I’m going to get to play with” — happened over a couple of days and was an unforgettable experience.

“You’ve got all this extraordinary excellence around you — people who have been training for months to get every little piece of their puzzle right; stuntmen, armorers, everyone,” Flynn said. “It’s a whole dance going on. And suddenly you’re set free, and it’s the ultimate boy’s playground with a lot of adrenaline thrown in.”

“I was surprised when I was watching it,” he added. “I spent weeks on that sequence, but I was on the edge of my seat, the adrenaline was running — they really nailed it.”

MakingGameOfThrones.com also offered fans a behind-the-scenes look at the moment when Bronn wound up and fired the menacing weapon, posting a series of storyboards that begin with Bronn aiming at Dany and Drogon and end with Tyrion watching them fall toward the river after being hit. Even in storyboard form, you can feel the sense of dread as the scorpion bolt is drawn backward: 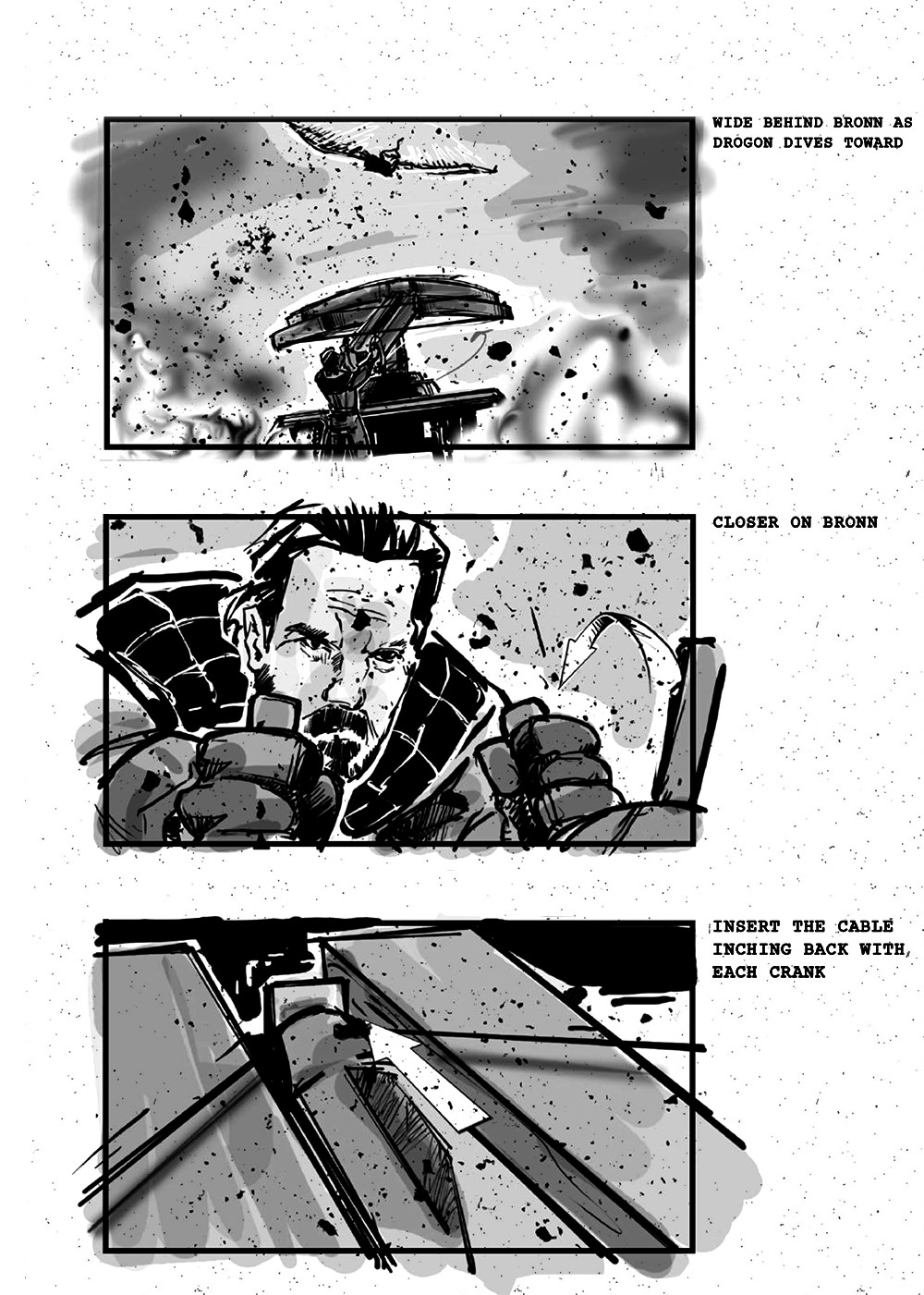 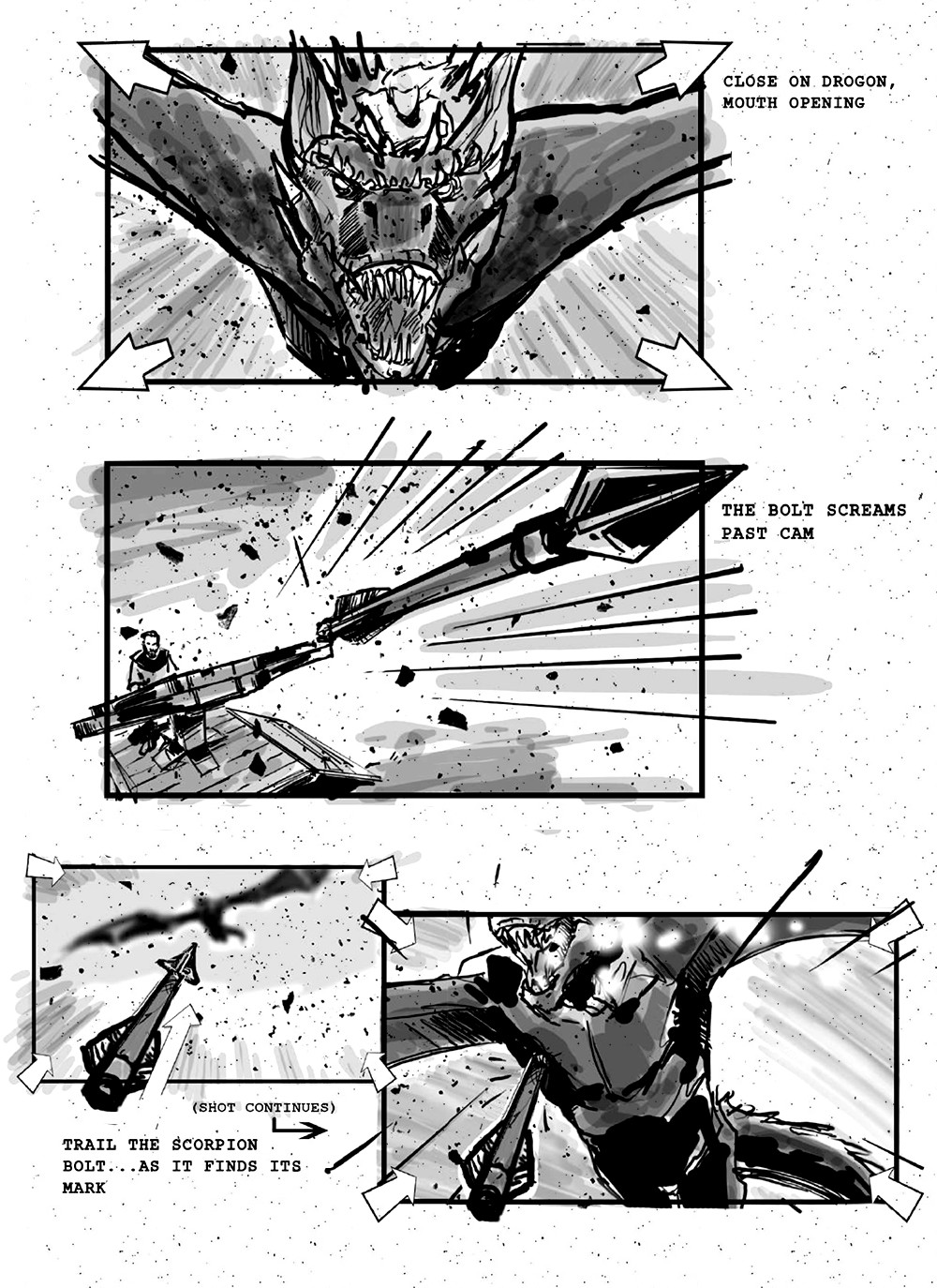 …and when our hearts plummeted as quickly as Drogon, watched with anguish by Tyrion: 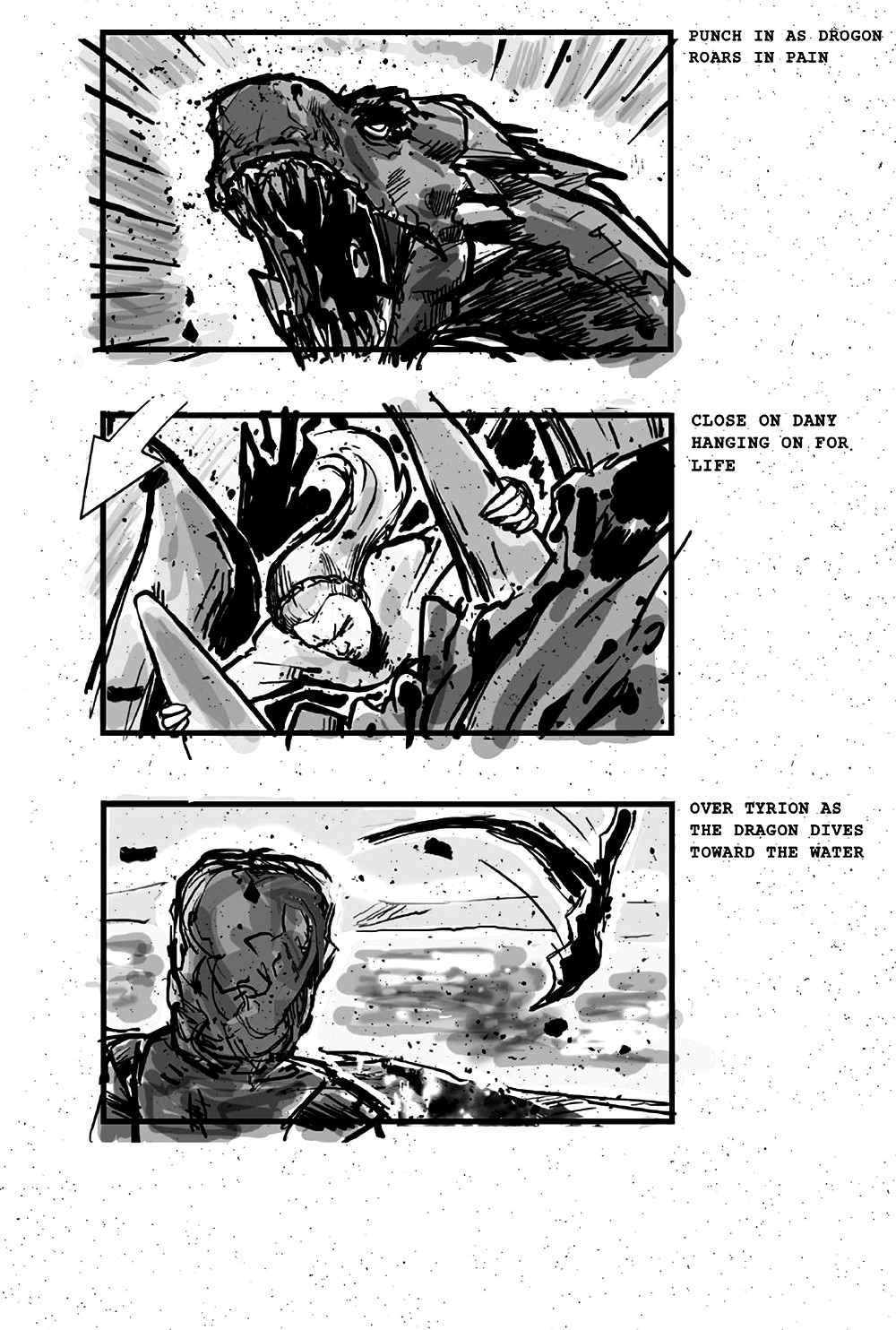 Whew. I just relived that scene all over again and it’s heart-pounding even in illustration. The Flynn interview is available here, while the storyboards can be seen here.