Iwan Rheon is a sad villain for Red Nose Day; fans respond to "Hold the door" | Watchers on the Wall | A Game of Thrones Community for Breaking News, Casting, and Commentary 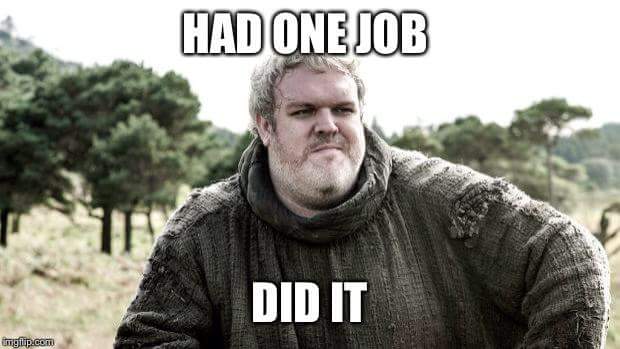 In this week’s lighter-side Game of Thrones highlights: Iwan Rheon sings a song about the downside of playing an iconic villain and the internet pays tribute to Hodor through memes, videos and music.

Rheon sang a song with Danny Trejo and Steve Buscemi for Red Nose Day lamenting how they’re mistaken in real life for the villains they play on screen.

Meanwhile, Benioff and Weiss were right when they told us on Jimmy Kimmel that the phrase “hold the door” has been changed forever.

And the internet has erupted in memes and visual gags regarding the once-casual phrase behind Hodor’s name.

There have also been some more poignant reactions, of course.