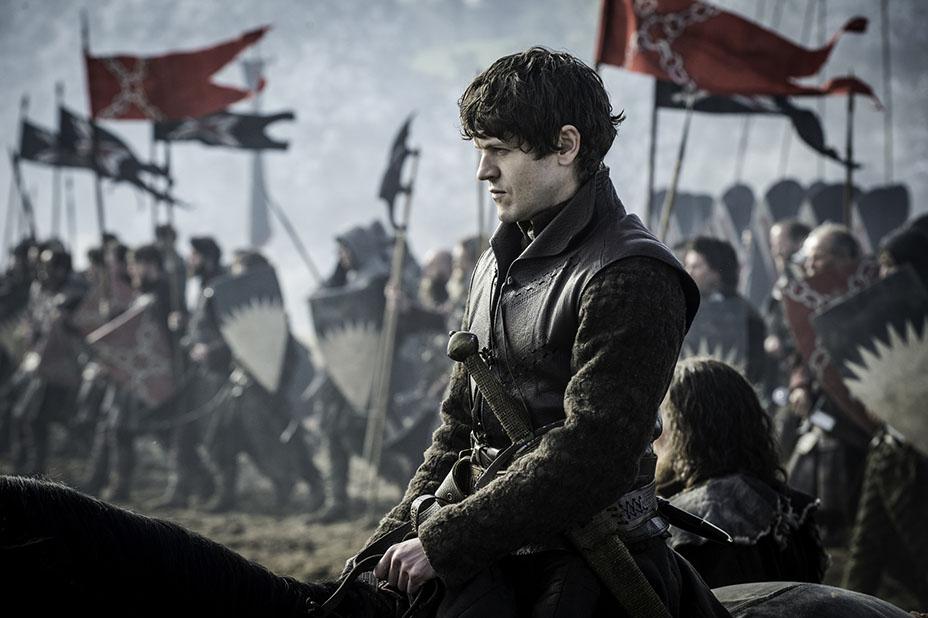 Iwan Rheon talks about the parallels between Ramsay Bolton and Jon Snow and Liam Cunningham promises the Battle of the Bastards will be “magnificent.”

In an interview with Entertainment Weekly, Iwan Rheon said that he’s wanted Jon Snow (one of the characters he originally auditioned to play) and Ramsay Bolton to meet for years.

“[Jon’s] the antithesis of Ramsay,” he said, “They’re almost a yin and a yang. They both come from such a similar place yet they’re so different. And even though they’re enemies, they’ve both risen so far as bastards, which is almost incomprehensible, and now they’re both here facing each other. They couldn’t be any more different, yet more similar.”

Rheon will finally be getting his wish next episode when the two northern bastards clash in the highly-anticipated Bastard Bowl, an event that Liam Cunningham described to The Hollywood Reporter as “possibly … the most talked about episode of the entire story, of any season.

“I can’t tell you the air of expectation I have on this. I have every confidence that it’s going to be as magnificent as what I saw being filmed.”

Cunningham said that shooting the battle was “tough” with “plenty of pain and misery” but admitted that that’s to be expected when filming something on this scale.

He recalled episode director, Miguel Sapochnik and other higher-ups presenting him with the pre-viz and storyboards for the battle late last summer. “I remember when they showed it to us, it was like a Hollywood blockbuster. It was something you would expect from a $200 million movie … In my opinion, Miguel, David and Dan have exceeded what I saw on the pre-viz.”

Though Cunningham couldn’t say too much about what actually happens in the battle, he said he chose not to watch some of the stunts performed by the “extraordinary” horsemen because he “wanted to see the finished product unspoiled. I know a couple of things that they were up to, and what I was being told about was jaw-dropping stuff.”

On a thematic level, Cunningham described the battle as a culmination for Davos, a man who’s always striven to do what’s moral.

“We’re severely outnumbered. In a sense, it’s a suicide mission, at least on paper. But it has to be done. You can almost say it’s a catchphrase for Davos: “We have to do the right thing.” His character has lived that way throughout the entire show. In a sense, certainly for this season, it culminates in what we’re going to see on Sunday. It’s difficult to put into words what this is going to be like.”

Cunningham can’t stress the size and scale of Bastard Bowl enough and he applauds HBO and showrunners, David Benioff and D.B Weiss, for not coasting on the show’s success and taking the easy road.

“They’ve pushed the bounds of television on this, not just the show,” he said. “All praise to HBO for backing them both financially and artistically on this. David and Dan are not making it easy on themselves, and HBO is not making it easy on themselves. When they see it, nobody will think that they sat back and said, “Let’s just enjoy the success.”