Isaac Hempstead Wright on which scene was cut from the finale and that Night King theory | Watchers on the Wall | A Game of Thrones Community for Breaking News, Casting, and Commentary 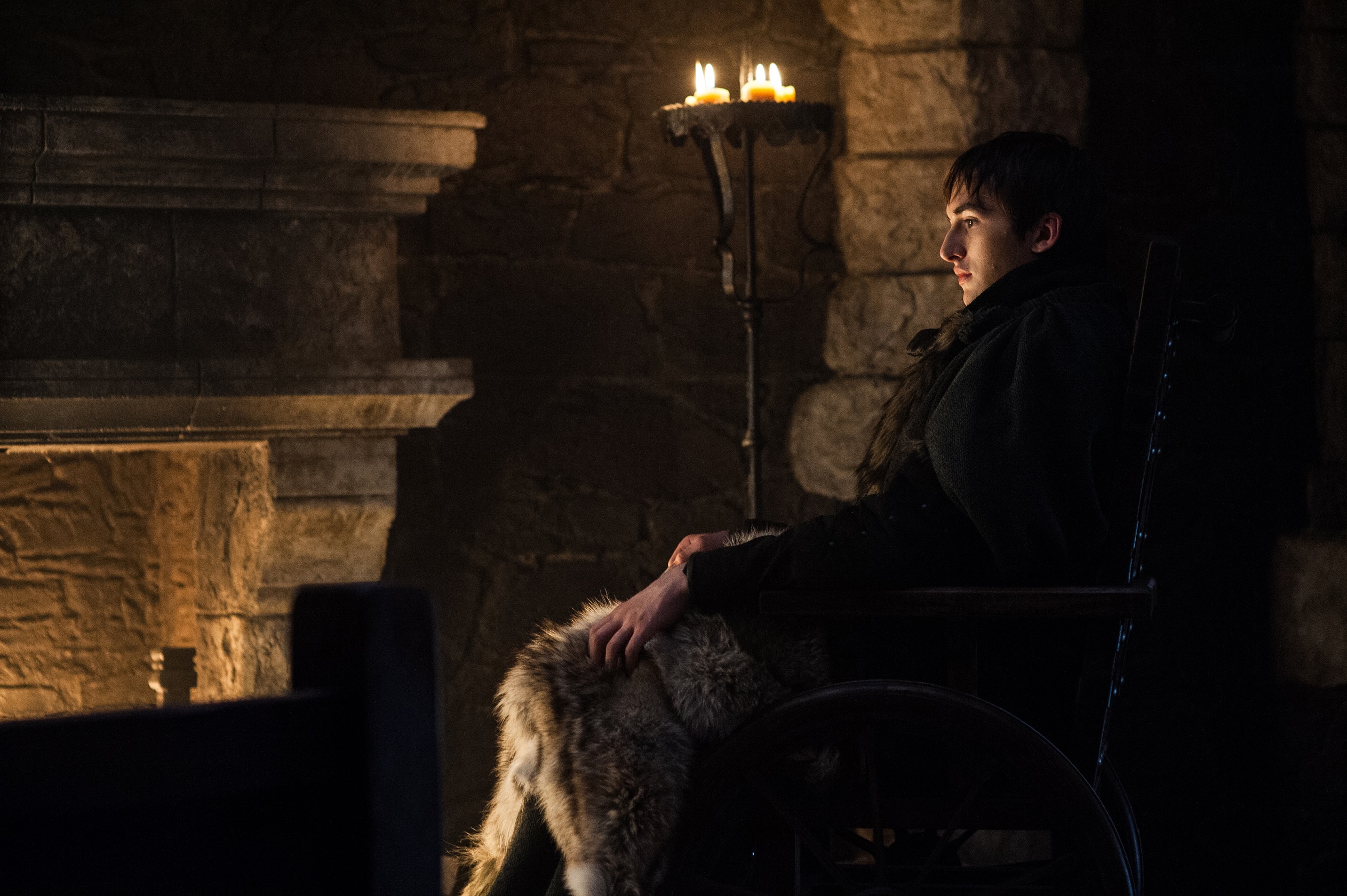 How the Arya-Sansa-Littlefinger intrigue at Winterfell ended elicited a mixed response from viewers, but it’s generally accepted that Bran was able to tap into his Three-Eyed Raven abilities to put the final nail in Littlefinger’s coffin (pardon me while I savor his demise one more time…mmm). Actor Isaac Hempstead Wright confirmed in a recent interview with Variety that a scene confirming as much was filmed for the season 7 finale, “The Dragon and The Wolf,” but that it didn’t make the final cut.

“We actually did a scene that clearly got cut, a short scene with Sansa where she knocks on Bran’s door and says, ‘I need your help,’ or something along those lines,” Hempstead Wright said. “So basically, as far as I know, the story was that it suddenly occurred to Sansa that she had a huge CCTV department at her discretion and it might be a good idea to check with him first before she guts her own sister. So she goes to Bran, and Bran tells her everything she needs to know, and she’s like, Oh, s—.’ ”

Hempstead Wright also talked about filming scenes again with co-stars Maisie Williams and Sophie Turner after years of largely interacting with them outside of the Thrones setting.

“I’m used to seeing most of them at events and press stuff. It’s like, ‘It’s weird seeing you in ‘Game of Thrones’ clothes rather than a pretty dress or a nice suit,’ ” he said. “[G]etting back with the Starks is such a big thing. We literally only ever had one scene together, with all three of us together onscreen, so it was almost like this was the first time working together, which is bizarre.” 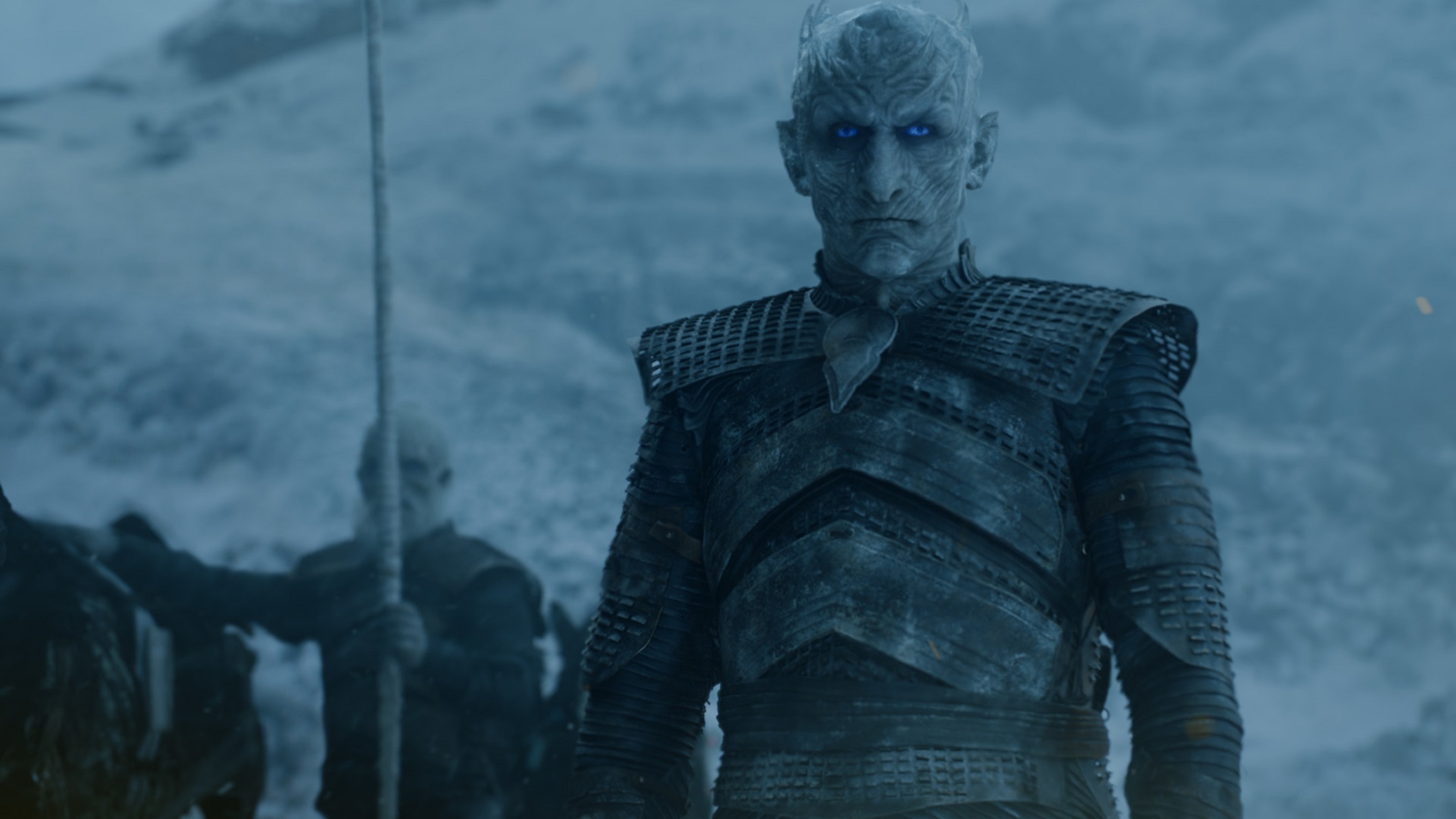 Bran would prefer not to be compared to an ancient ice zombie, thanks.

As for Bran’s future — or is it his past? — Hempstead Wright also discussed one of the most popular fan theories out there: that Bran is the Night King.

“[I]t’s gotten a little bit crazy because people are now putting pictures of me and the Night King together and going ‘Yep, that confirms it! They look identical!’ And it’s like, ‘Do I really look like an ancient ice zombie? Thanks guys,’ ” he said in a separate interview with Insider.

He added that it sounds “fairly farfetched” to him, but it’s understandable, given that we still don’t know exactly how Bran’s powers work — but he was happy to clear that up as much as he could.

“The way [it] works at the moment is that he’s basically got a Kindle library of the whole history of the universe,” Hempstead Wright said. “He just hasn’t read every book yet. And the old Three-Eyed Raven has sat in that tree for a thousand years and read through every piece of history and has accessed it all. … for now he needs people to tell him what they want him to see. Like Samwell Tarly saying, ‘Can you see this?’ and Bran goes and accesses it and says, ‘Oh yep, that does happen.’ So it’s not like Bran just has everything at his fingertips, he’s still got to look it up in the dictionary.”

The full Variety interview is available here, while the Insider interview can be found here.