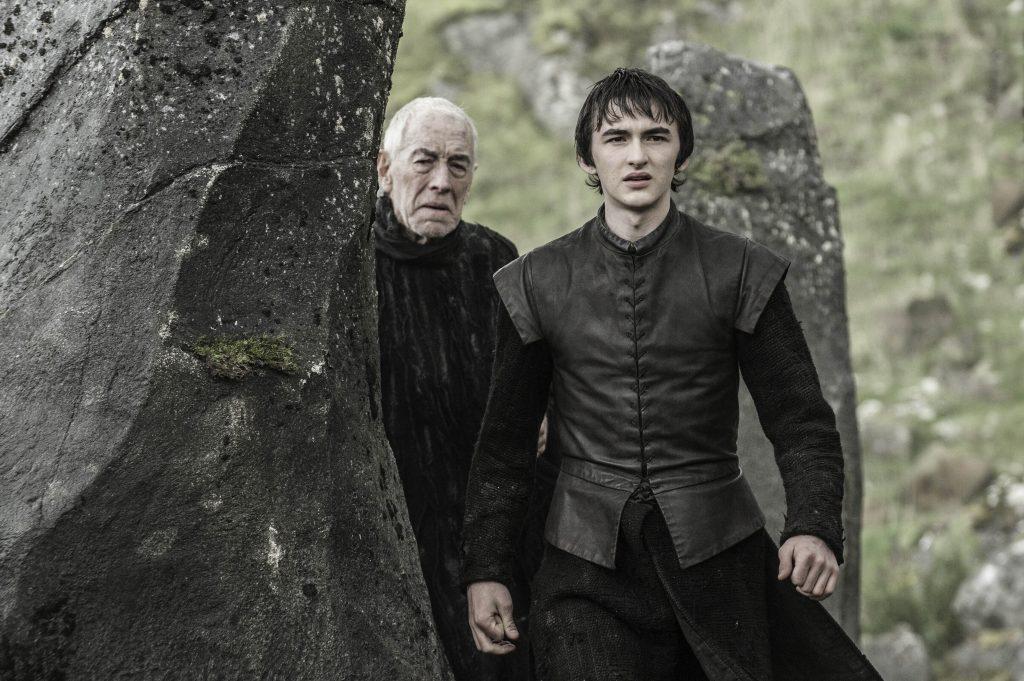 Isaac Hempstead Wright was busy this week, stopping by Madison Square Garden for the Game of Thrones Live Concert Experience and chatting with the press. In addition to speaking with Entertainment Weekly about season seven, the actor spoke with The Huffington Post about his work on the show as Bran Stark, and examined some of the fan theories surrounding his character.

It turns out this isn’t the first time Hempstead Wright has taken a look at what fans think is in store. When he learned about Hodor’s fate for season 6, he did a little research of his own.

“I remember reading when I got sent the script for Season 6, and it had Hodor’s death in it. I thought, ‘God, this is amazing. Let me Google this to see if anyone came up with a theory,’ and of course there was some guy on some forum somewhere who had come up with ‘hold the door,’ ‘hold the door.’ It was in a slightly different context, but he got it absolutely dead-on, so it’s like anything really could happen,” the actor tells HuffPo.

And apparently he hasn’t stopped reading all your thoughts! Asked about the theories he’s reading now, HuffPo reports that “Some may be right, according to Hempstead Wright.”

HuffPo‘s Bill Bradley discusses with him the idea of Bran warging into a dragon, a popular fan theory, and Isaac responds “excitedly,” saying, “Yeah, yeah, yeah, that’s cool! That’d be up there on my list of things I’d like to be … dragon, number one.” He adds, “You’ll have to watch and find out.”

As for the long game of Game of Thrones, Hempstead Wright denies knowing more but still enjoys the reading. “Even though we’ve just shot Season 7, you have no idea how it’s gonna end or what’s gonna happen in Season 8, so I love going online and seeing what people are coming up with.”

Swing by The Huffington Post to find out what Isaac thinks of the Jon & Meera Twins and Bran the Builder Theories!